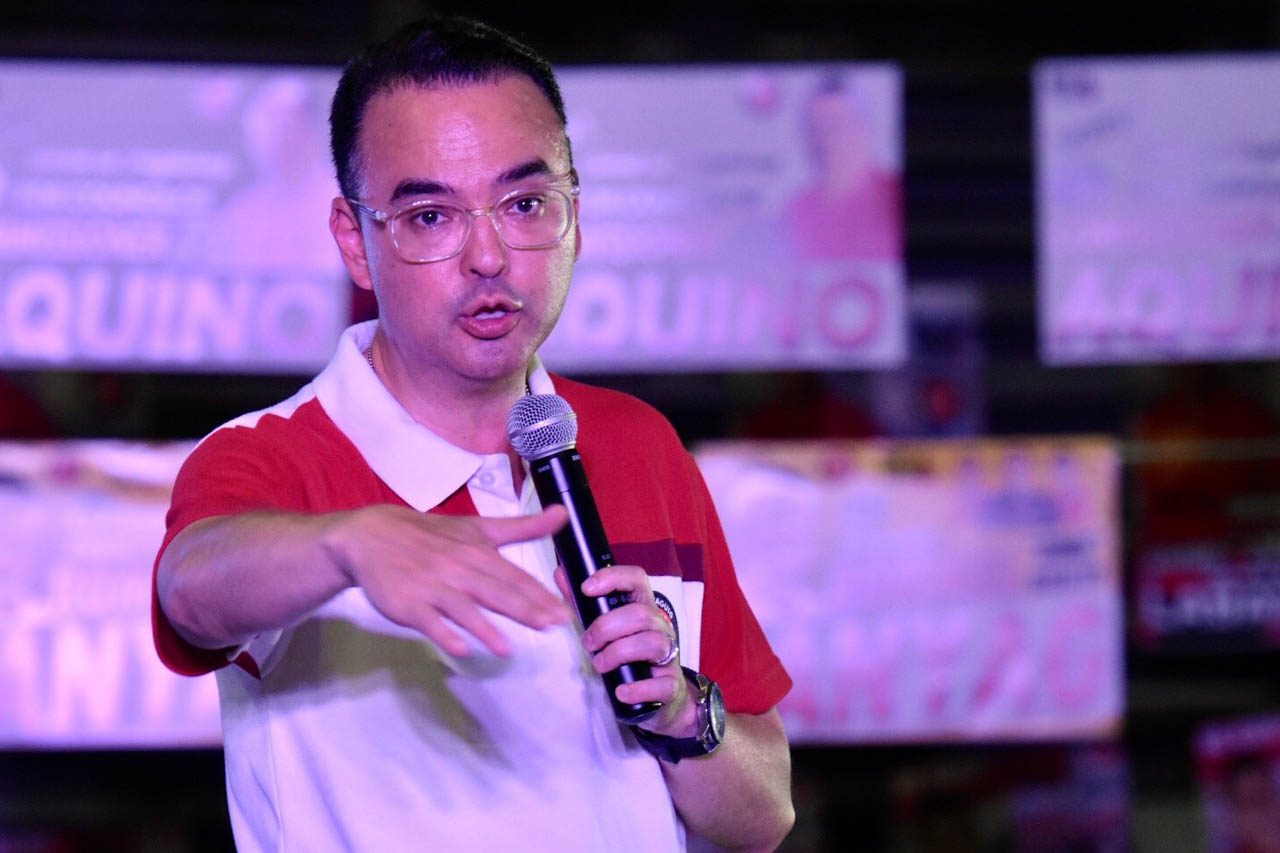 MANILA, Philippines – With President Rodrigo Duterte’s endorsement in the bag, Taguig City-Pateros Representative Alan Peter Cayetano urged lawmakers to join his “Die-hard Duterte Supermajority” or what he calls the DDSM bloc in the 18th Congress.

Cayetano made the invitation during a Facebook Live video he shot while inside the Malacañang complex on Monday, July 8 – the same day Duterte gave his blessing to a term-sharing scheme between Cayetano and Marinduque Representative Lord Allan Velasco. (READ: Duterte pushes for charter change after naming next Speaker)

(To all the congressmen listening and monitoring, please join the Die-hard Duterte Supermajority. The DDSM has come to town, and we’re going to show that it’s not only the President, it’s not only President Duterte who can have the political will to fight corruption, crime, and drugs, and to uplift the lives of every Filipino.)

DDSM seems to be a play on the Duterte Die-hard Supporters or DDS, the name embraced by the President’s loyalists who often mob and ostracize his critics online.

A member of the Nacionalista Party, Cayetano was Duterte’s running mate in the 2016 elections. Cayetano, however, lost the vice presidential race and was later appointed as Duterte’s foreign secretary.

The President had earlier greenlighted the proposed term-sharing agreement between Cayetano and Velasco, but the latter supposedly backed out of the deal.

But it seems the President was able to change Velasco’s mind during their meeting on Monday together with Cayetano and Leyte 1st District Representative Martin Romualdez, another leading speakership contender whom Duterte said would become the next House majority leader.

But this is not cast in stone yet.

House members are mandated to elect their Speaker on July 22, when the 18th Congress opens session for the first time. Traditionally, legislators back the speakership candidate who has the President’s blessing – in this case, Cayetano – but they may opt to vote for other candidates as well.

In the past weeks, both the Velasco and Romualdez camps have claimed they have gathered enough votes to secure the speakership. Over the weekend, however, the 3 speakership candidates agreed to respect whatever Duterte will decide on the battle for the highest post in the House.

For now, Cayetano is calling for unity among legislators.

“Now, para sa ating Panginoon, para sa ating bayan, let’s all work together and let’s not make it about politicians, about ourselves, about the Duterte administration. But [let’s make it] something that can really uplift ang kabuhayan ng bawat Pilipino,” he said.

(Now, for God and for our country, let’s all work together and let’s not make it about politicians, about ourselves, about the Duterte administration. But let’s make it something that can really uplift the lives of every Filipino.) – Rappler.com