Jul 9, 2019 7:25 AM PHT
Agence France-Presse
Facebook Twitter Copy URL
Copied
An officer of the rescuing Indo-Tibetan Border Police says, the 'GoPro has proved to be like the black box of an aircraft giving an insight into the last few moments of the climbers' 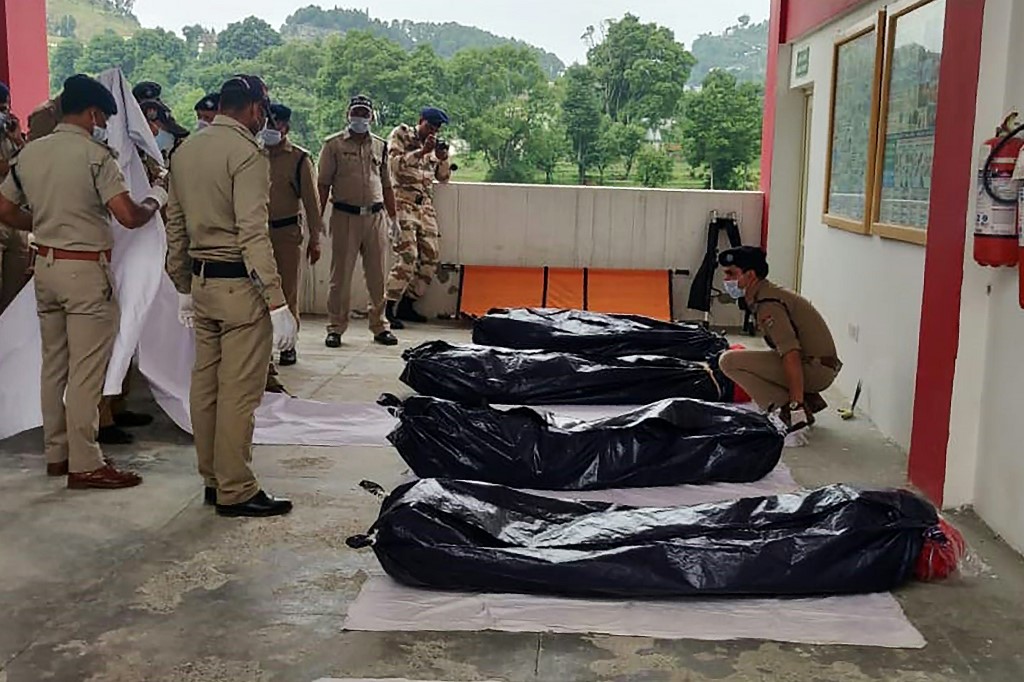 NEW DELHI, India –Indian authorities on Monday, July 8, showed heart-wrenching images of the final moments of an international team of climbers swept away in an avalanche as they attempted to scale an unconquered Himalayan peak.

The 154-second clip shows the 4 Britons, two Americans, an Australian and their Indian guide roped together in bright sunshine as they take nervous, synchronized steps along a narrow ridge towards a snow-capped peak.

Then the screen goes blank.

“They were crossing a very dangerous ridge. The snow cornice must have given away because of their weight, triggering an avalanche,” he told AFP.

The camera, that was carried by the final climber in the line, was found buried in snow near where 7 bodies were uncovered.

“It was mesmerizing for us to see the footage,” said A.P.S. Nambadia, the ITBP deputy inspector general who planned the operation to retrieve the bodies.

“It will help us to analyze what went wrong with their mission,” he told a press briefing.

“The GoPro has proved to be like the black box of an aircraft giving an insight into the last few moments of the climbers.”

‘Put our lives at risk’

Nambadia said the operation to find the bodies at an altitude of 6,100 meters (20,000 feet) had been “extremely challenging”.

Twelve climbers had started the expedition, but 4 Britons were rescued after breaking away.

The missing climbers last communicated on May 26, a day before heavy snow fell in the region.

On June 3, a military helicopter spotted the bodies and climbing equipment in the snow but several attempts to airlift the bodies away were aborted due to fierce winds and the difficult terrain.

The ITBP then sent its expert climbers on foot to bring the bodies down.

S.S. Deswal, the ITBP director general, said the rescue team risked their own lives to retrieve the bodies “with respect and dignity”.

“We put our own lives at risk and undertook the operation by foot. We slept with the dead bodies on the side for days,” said Ratan Singh Sonal, an ITBP officer who led the rescue team.

“At night we would bury the bodies under snow outside our tents to slow down the decomposition process,” Sonal told AFP.

“But we were not afraid. We felt we are all a part of humanity.”

Nambadia said the exhausted rescue team almost cracked emotionally when they found the climbers’ belongings such as a toy penguin.

“They were emotionally charged when they found the baby (toy) penguin. It was symbolic of the emotions of a mountaineer and my team could relate to it.” – Rappler.com