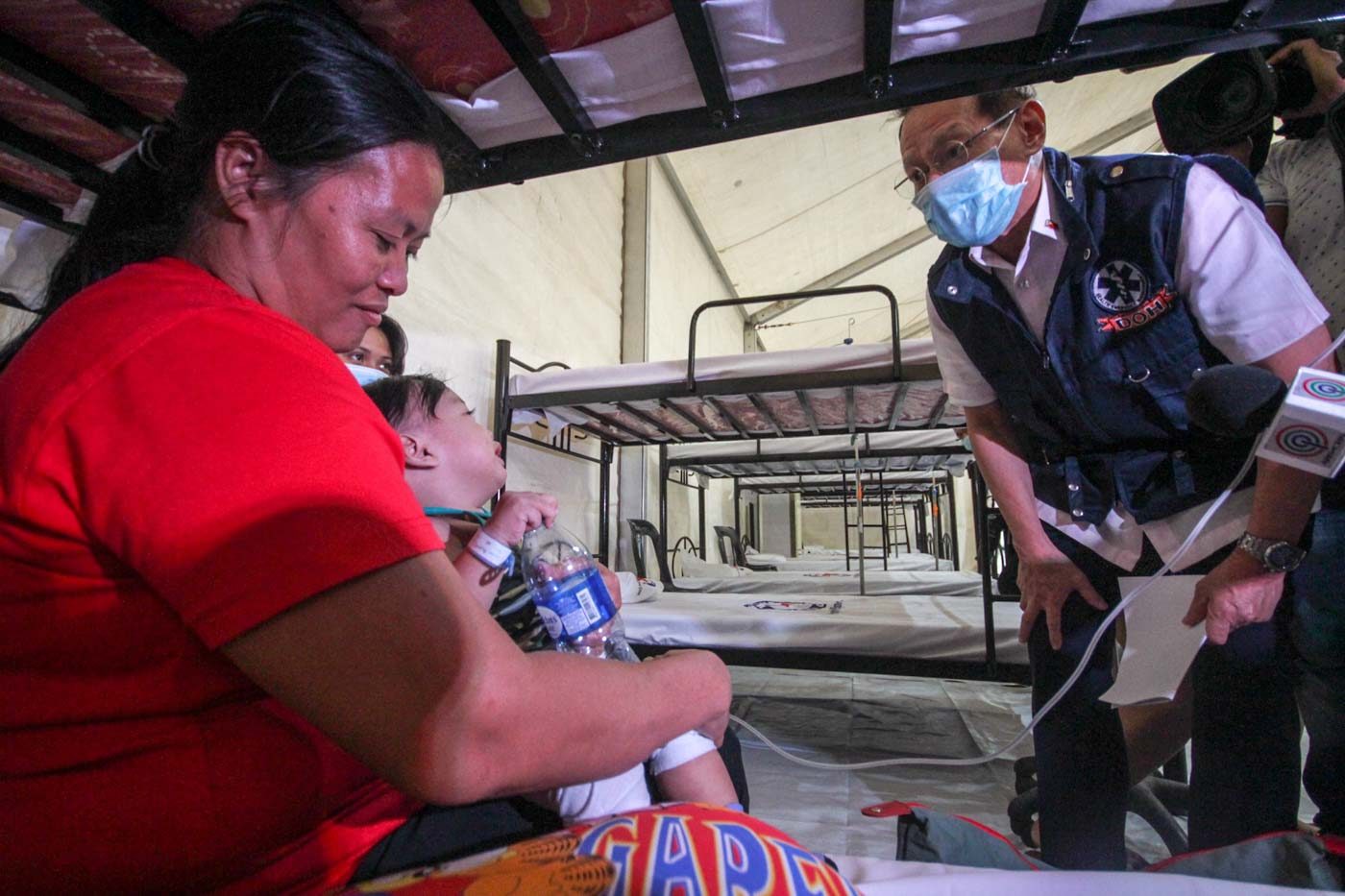 MANILA, Philippines – President Rodrigo Duterte signed a new law that strengthens the capacities of the Department of Health (DOH) in reporting and responding to infectious and communicable diseases like dengue, measles, smallpox, and cholera.

The new law – Republic Act No. 11332 or the Mandatory Reporting of Notifiable Diseases and Health Events of Public Concern Act – is critical as the DOH recently declared a National Dengue Alert due to the rising cases of the disease in various regions in the country.

Signed by Duterte on April 26 and made public to reporters on Tuesday, July 16, RA No. 11332 mandates the DOH, particularly its Epidemiology Bureau, to continuously develop and upgrade the list of nationally notifiable diseases and health events of public concern to aid disease surveillance and response efforts on the national and local levels.

The list of diseases is to be maintained through public health disease surveillance and response systems such as the Field Health Service Information System and the Philippine Integrated Disease Surveillance Response, both overseen by the Epidemiology Bureau.

The new law also calls for the health department to coordinate with local governments to establish functional Epidemiology and Surveillance Units (ESUs) not only in local DOH outposts but also in public and private health facilities, ports and airports.

Another objective of the law is to expand collaborations beyond traditional health partners, which is why it also wants agricultural agencies, veterinarians, environmental agencies, law enforcement entities, and transportation and communication entities, among others, involved in disease surveillance.

RA No. 3573 likewise gives the health secretary the authority to declare epidemics of both national and international concern. In cases of national security, though, the law provides that the president can declare a state of public health emergency and mobilize government agencies in response.

Provincial, city, or municipal health officers, meanwhile, can only declare an outbreak in their respective areas if there is sufficient scientific evidence as per “disease surveillance data, epidemiologic investigation, environmental investigation, and laboratory investigation.”

The new law repeals RA 3575 or the Law on Reporting of Communicable Diseases, which was established in 1929. – Rappler.com