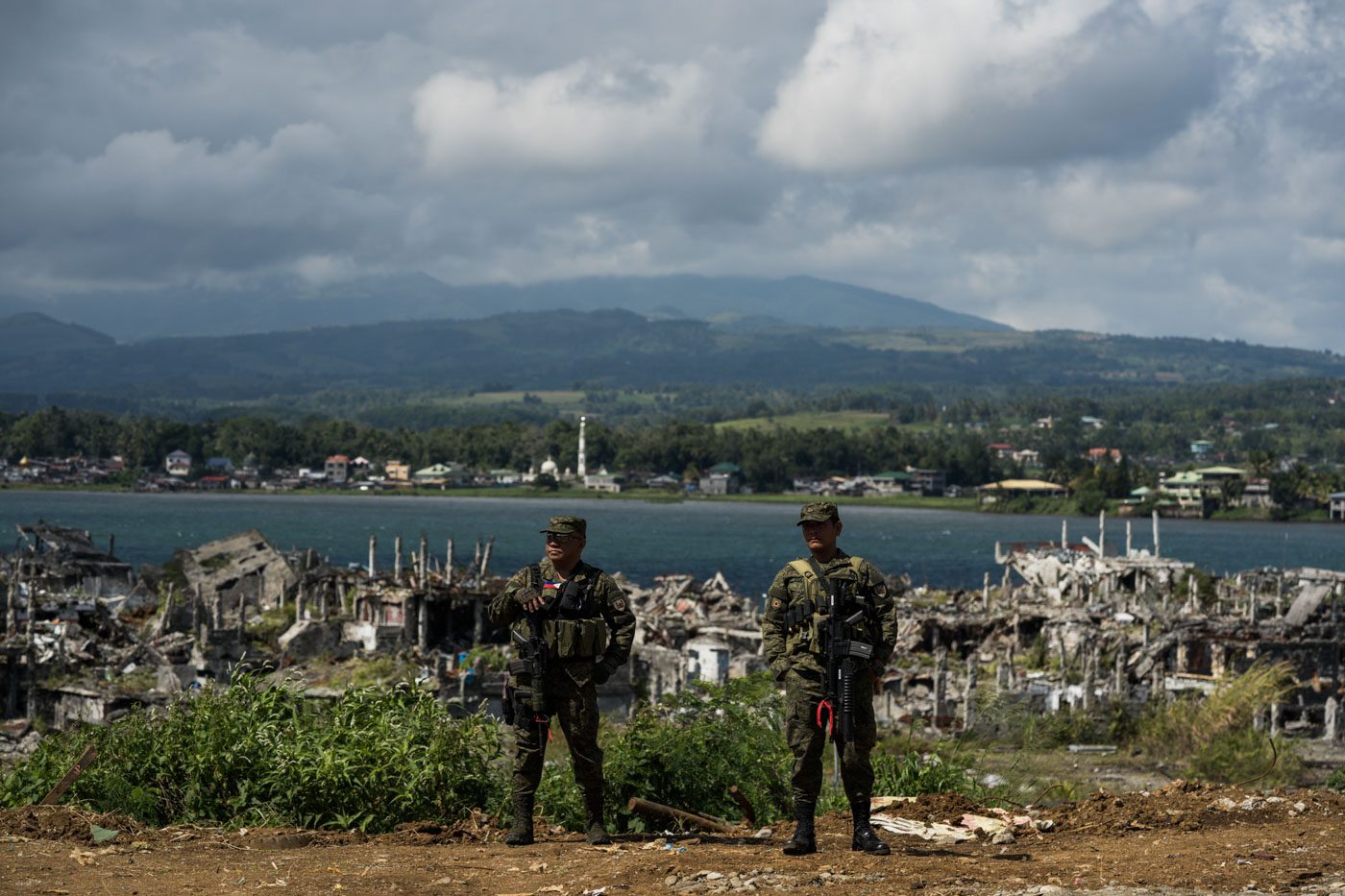 MANILA, Philippines – The United States will “cooperate more” with the Philippines to curb terrorism and violent extremism, said officials from both countries on Tuesday, July 16, a week after the police and the military confirmed “the first suicide bombing by a Filipino” in Sulu.

Filipino and American senior diplomats at the 8th Bilateral Strategic Dialogue (BSD) held in Manila pledged “improved information sharing, and port and aviation security, in order to prevent terrorist attacks within the Philippines, and the transit of foreign terrorist fighters into and within the Philippines,” a joint statement released after the two-day meeting said.

The officials said work will also be done to detect and stop “money laundering and the financing of terrorism.”

Security and defense cooperation is a highlight of the annual BSD meetings. Philippine Defense Undersecretary for Operations Cesar Yano and US Assistant Secretary of Defense for Indo-Pacific Security Affairs Randall Schriver were co-chairs of their respective delegations.

The Philippines and the US have been treaty allies since 1951, and officials at the meeting said the alliance remains “strong” even as the Philippines forges broader ties with other powerful countries such as China and Russia.

Philippine Ambassador to the US Jose Manuel “Babe” Romualdez emphasized intelligence sharing as one of the crucial ways the US has assisted Filipino security forces in combatting terrorists.

In the 2017 siege of Marawi City, US forces provided technical and surveillance assistance to Philippine troops battling the pro-Islamic State (ISIS) Maute group.

Romualdez said this year’s BSD meeting was “very productive as working groups were able to discuss how to cooperate more now, especially with the recent bombing in [Sulu].”

Last Wednesday, July 10, the Armed Forces of the Philippines (AFP) and the Philippine National Police (PNP) announced probe results pointing to a Filipino man as one of the two suicide bombers in the June 28 attack on an army camp in Indanan, Sulu.

The findings marked an escalation in terror tactics by local extremist groups, which security officials earlier deemed incapable of suicide attacks because it was uncharacteristic of Filipinos.

The attack in Indanan followed two other alleged suicide bombings by foreigners: the vehicle explosion in Lamitan, Basilan on July 31, 2018, and the twin blasts at the Jolo Cathedral in Sulu last January 27.

The AFP and PNP suspect the ISIS-linked Sawadjaan faction of the Abu Sayyaf terror group were behind the 3 attacks.

David Stilwell, Assistant Secretary of State for East Asian and Pacific Affairs and co-chair of the US delegation, said in a statement, “We are committed to continuing our partnership with the Philippines to fight ISIS and other terrorist groups, as well as to counter violent extremism.” – Rappler.com