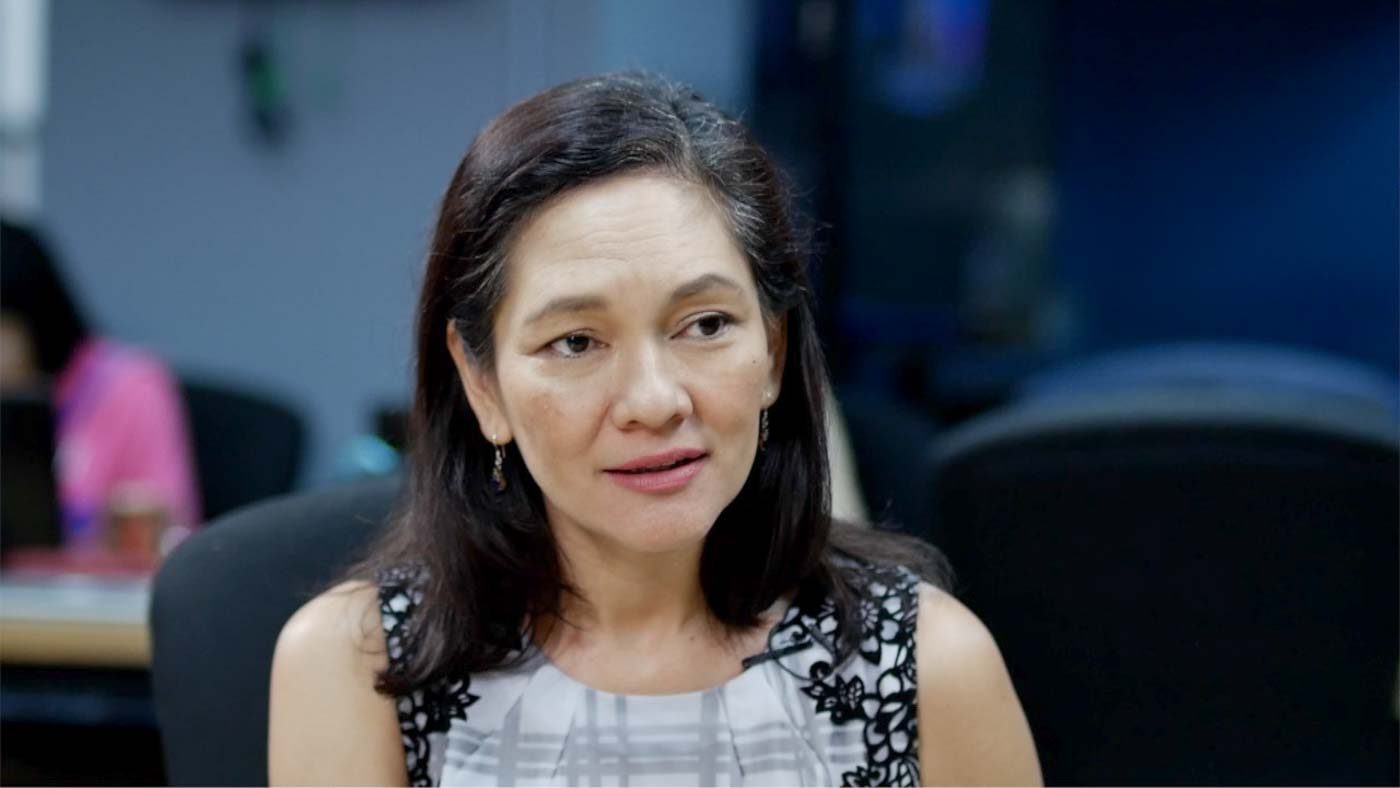 Facebook Twitter Copy URL
Copied
Though President Rodrigo Duterte is immune from suit while he is Chief Executive, the new law should serve as a guide for him and a resource for Filipinos who want to call out his misogynistic behavior

MANILA, Philippines – While President Rodrigo Duterte is immune from suit over any violation of the Bawal Bastos law while he is Chief Executive, the law can embolden Filipinos to call out his sexism.

This was Senator Risa Hontiveros’ hope for the new measure, Republic Act No. 11313 or the Safe Spaces Act. Hontiveros was principal sponsor and author of the measure in the Senate.

“I’m hoping that with this Bawal Bastos law, our citizens will feel braver, will speak with louder voices to call out anyone in public spaces, even the most powerful someone in the highest public space, the Office of the President,” Hontiveros said in a Rappler Talk interview on Wednesday, July 17.

Noting that Duterte has been called “Misogynist-in-chief,” Hontiveros recalled some of the President’s most controversial sexist slurs. (READ: From ‘fragrant’ Filipinas to shooting vaginas: Duterte’s top 6 sexist remarks)

Duterte’s call to soldiers to shoot female communist rebels in the vagina was, for her, among the worst.

“That was outright inciting to violence and sexual violence, because he said that would render women useless so reducing us to a body part and in such a political and violent manner,” she said.

She also called Duterte’s call to spread an alleged “sex video” of Senator Leila de Lima as a clear violation of the Bawal Bastos law’s provisions on online sexual harassment.

It’s one example of how the President has used sexism as part of his political vendetta against female critics, said the senator.

The Bawal Bastos law improves on previous legislation penalizing sexual harassment by expanding the acts considered sexual harassment and recognizing that it can happen in different settings, spaces, and relationship dynamics between victim and aggressor.

The Anti-Sexual Harassment Act of 1995, for instance, only penalized sexual harassment in the workplace and when done by a superior to a subordinate.

The presidential privilege of immunity from suit means Duterte can only be held liable for violating the Bawal Bastos law if he makes sexist slurs after June 30, 2022, the day his term ends.

But as chief enforcer of the country’s laws, the new measure should at least be treated by Duterte as a “guide” on how to behave.

Hontiveros rejected Duterte’s and the Palace’s explanations for his words and behavior – which range from admitting he was leering at Vice President Leni Robredo’s legs during a Cabinet meeting to kissing a Filipina migrant worker on the lips during an official trip abroad.

Duterte had also wolf-whistled at GMA-7 reporter Mariz Umali back in May 2016 during a press conference in Davao City, where a local ordinance he signed in 1997 prohibits wolf-whistling.

The President slammed critics of such behavior for limiting his “right to freedom of expression.” Hontiveros said Duterte can’t hide behind such an excuse.

“Even the President should know and every lawyer would, every citizen who believes in human rights, would know that we exercise our freedoms, our liberties while respecting also the rights of others,” said the Akbayan lawmaker.

She also thumbed down Duterte’s claim that wolf whistling has no sexual connotation and could be a compliment to women.

“Typical excuse of an aggressor is to claim innocence when it’s very clear to the majority of women who have been wolf-whistled at – women know, LGBTIQ persons know, some men know, that wolf whistling is inherently sexual,” said Hontiveros.

Duterte and his spokesman, Salvador Panelo, can’t also use his support for pro-women government policies to justify his sexist words and deeds, said Hontiveros.

And because Duterte is President, his words are taken as official policy. Hontiveros called on Duterte to be consistent and to stop his sexist ways. (READ: Not just a joke: The social cost of Duterte’s rape remarks)

She remained hopeful that the Chief Executive would follow the new law.

“I hope he read it before signing it. I hope he will follow it. I hope he sets an example. I’m not quite holding my breath but who knows?” said Hontiveros. – Rappler.com