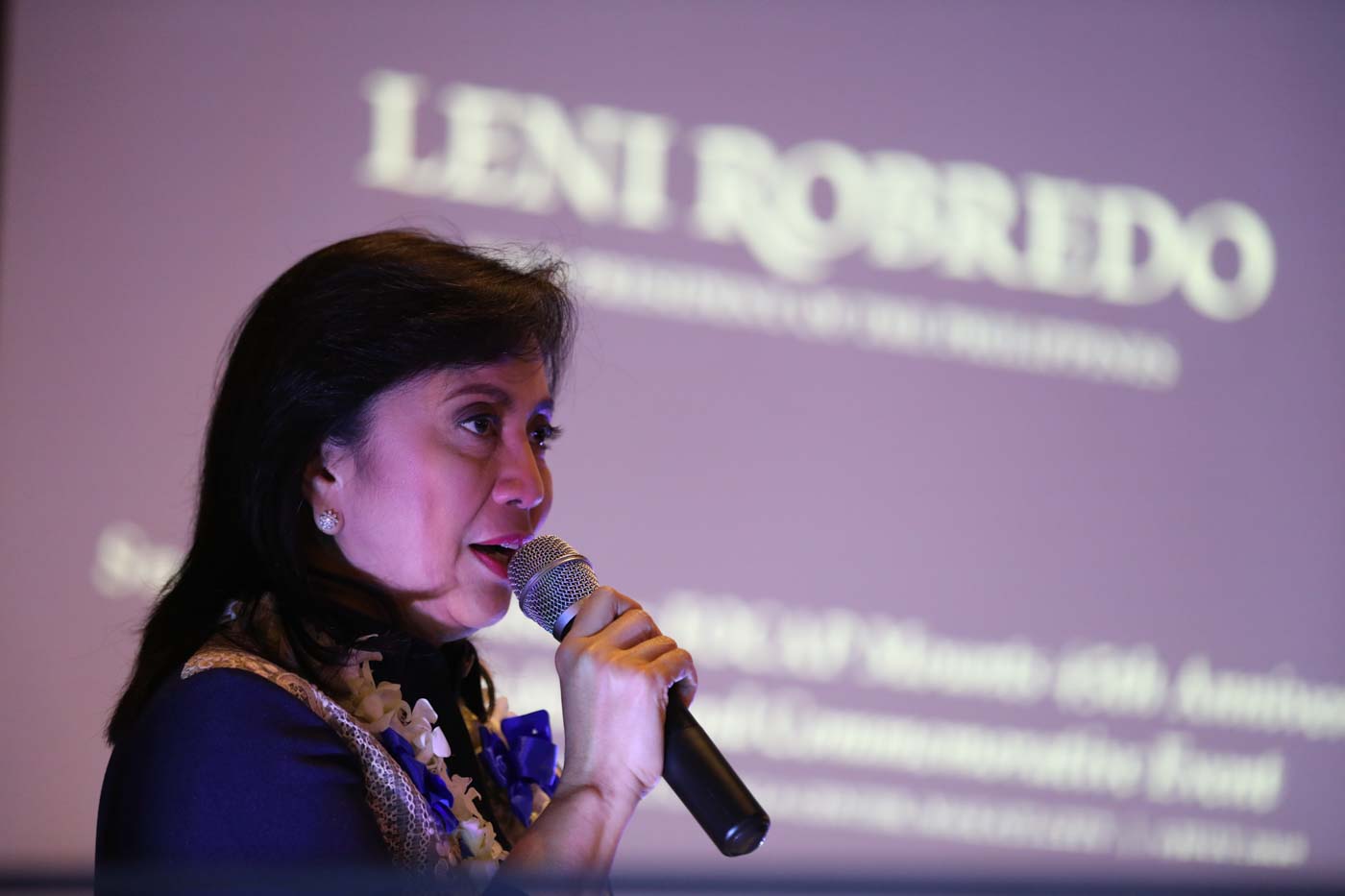 MANILA, Philippines (3rd UPDATE) – The Supreme Court (SC) has ruled that it is “premature” for Vice President Leni Robredo to claim she already won the electoral protest filed against her by defeated vice presidential bet Ferdinand “Bongbong” Marcos Jr.

The SC, acting as the Presidential Electoral Tribunal (PET), junked a motion filed by Robredo’s lawyers Romulo Macalintal and Bernadette Sardillo in June urging the High Court to “immediately resolve” the election case, claiming the ballot recount even showed an increase of 15,000 votes for Robredo.

“Protestee’s Motion is likewise premature,” read the PET ruling dated July 2, a copy of which Rappler obtained on Thursday, July 18.

Robredo beat Marcos by just 263,473 votes during the 2016 polls, prompting the latter to allege cheating and file an electoral protest against her.

In a statement, Robredo’s legal counsel Sardillo said they are “extremely disappointed” but they still “fully respect” the PET ruling.

“We are extremely disappointed, but we fully respect the Presidential Electoral Tribunal’s decision to deny our motion for immediate resolution in connection with the election protest of losing candidate Ferdinand Marcos Jr,” she said.

Sardillo said they had anchored their motion on Marcos’ failure to prove any of his claims in his election case.

“We pushed for the immediate resolution of the case so as to prevent Marcos’ camp from spreading misinformation and propaganda to deceive the public abot the genuine results of the 2016 elections, which they have been doing from the beginning of this process,” she said.

Sardillo said the  Robredo camp remained “confident” the Vice President would be “vindicated and her victory confirmed.”

Why is Robredo’s claim ‘premature’? The PET argued that the 15,000 additional votes that Robredo mentioned in her motion are “merely speculative.”

This is because the PET had yet to complete the entire ballot recount proceedings – which include a “judicial recount, revision, and appreciation of votes cast”–  in the 3 pilot provinces that Marcos picked for the initial recount: Camarines Sur, Negros Oriental, and Iloilo. (READ: TIMELINE: Marcos-Robredo election case)

The PET earlier ruled the results of the ballot recount in these 3 provinces would determine whether the rest of Marcos’ electoral protest has merit or not.

“The figures submitted by Protestee are merely speculative. In arriving at the figures, Protestee presumes that all her claims will be admitted by the Tribunal. This premise is fundamentally flawed as the Tribunal is still in the process of appreciation of the revised ballots and ruling on the respective objections and claims made by the parties there on,” said the PET.

It further clarified it had neither completed nor released the final tally of votes for Robredo and Marcos from the ballot recount.

PET wants Comelec to explain missing ballot images: In the same resolution, the PET directed the Commission on Elections (Comelec) and the Board of Election Inspectors (BEIs) in Camarines Sur – Robredo’s home province – to explain the lack of ballot images in two clustered precincts (CPs) there.

The PET found out there were no ballot images from CP 118 in Tabuco, Naga City as well as CP 68 in Santiago, Iriga City.

“Hence, the Tribunal hereby directs the Comelec and the BEI of the concerned CPs to explain further the circumstances surrounding the lack of ballot images,” said the PET.

The PET also ordered Comelec to submit within 10 days from notice a comment on the non-chronological sequencing of ballot images and alleged excess ballot images – a previous allegation made by Marcos.

A ballot image is the captured image of a ballot once it is fed to the vote-counting machine. Ballot images are stored and secured into digital cards.

The decrypted ballot images are crucial to the Marcos-Robredo case, as these are the ones being used by the PET in the vote recount.

Marcos himself has repeatedly claimed the ballot images had been compromised, but the PET already junked his plea for the Tribunal to stop using them in his election case against Robredo.

Ballot recount in pilot provinces first: The PET also deferred action on the motion filed by Marcos in December 2018 urging it to “immediately” order the technical examination of voting records in Basilan, Lanao del Sur, and Maguindanao, votes from which Marcos wants the PET to nullify due to alleged widespread cheating.

The PET maintained its earlier decision that the ballot recount in the 3 pilot provinces Marcos chose would have to be resolved first before the tribunal rules on the rest of his electoral protest.

Read a full copy of the SC resolution below: