‘Boracay girls wait for you’: Duterte’s sexist remarks in SONA 2019 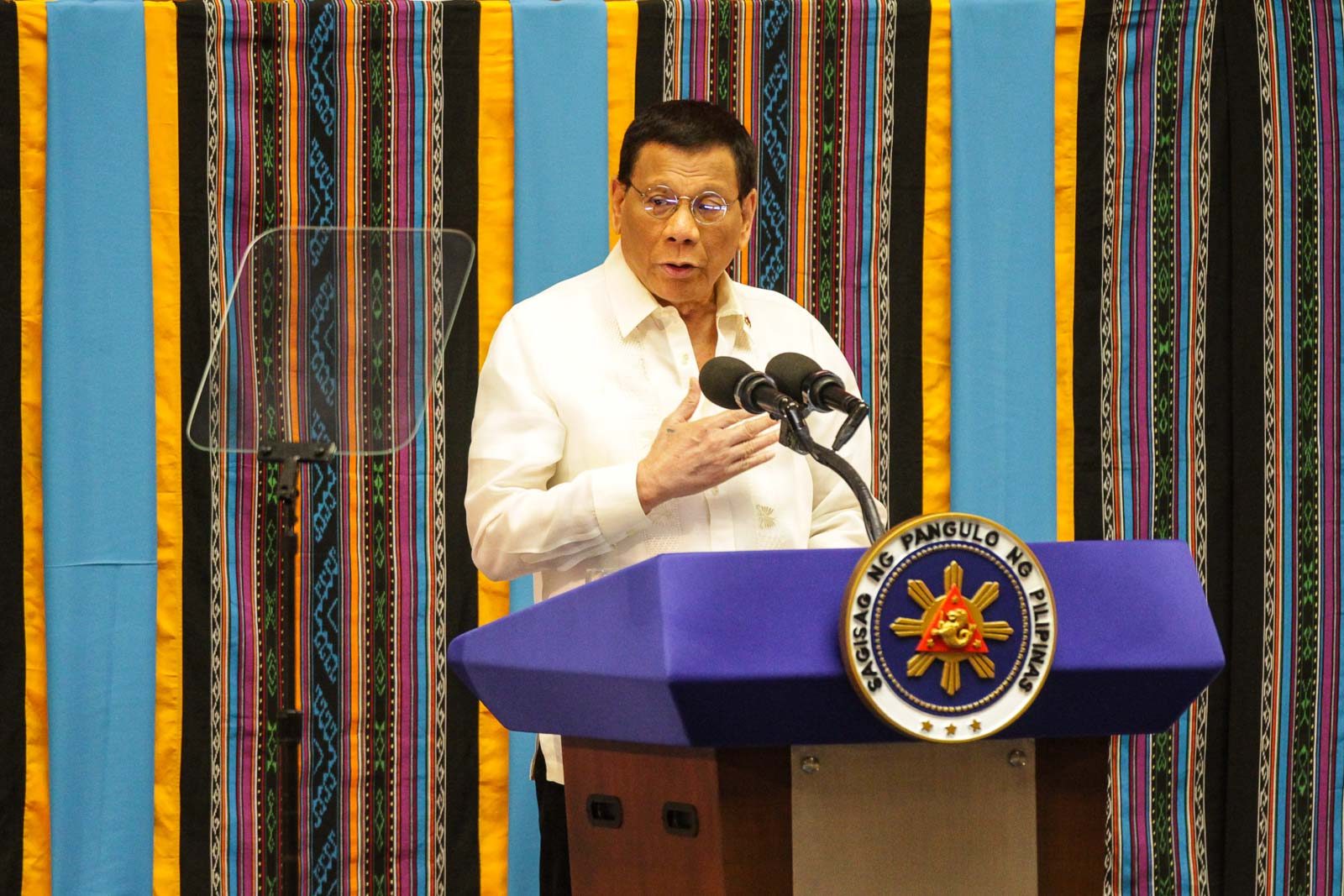 MANILA, Philippines – Fresh from Malacañang’s announcement of his signing the Bawal Bastos or Safe Spaces Act, President Rodrigo Duterte let forth sexist remarks in no less than his 4th State of the Nation Address (SONA).

During his July 22 speech, Duterte made 3 remarks that objectified women, sexualized them, or stripped them of self-determination – definitions of sexist remarks.

Here are those 3 remarks, which Duterte made while deviating from his prepared speech.

“Boracay Island is just the beginning, and the girls there, the foreigners are waiting for you, gentlemen, to visit the place. They’re all on the beach, sunbathing. You are invited to – I have not been there,” said Duterte.

The President found reason to make this remark while promoting his 6-month closure of Boracay, a world-famous tourist destination. It harks back to his telling Indian businessmen that he wanted “42 virgins” as a tourism “come-on” in the Philippines.

Later on in his speech, Duterte again brought up girls in Boracay as he spoke about why he preferred appointing retired military men as Cabinet members.

He said he caught Environment Secretary Roy Cimatu, a former military chief, staring at bikini-clad Caucasian women in the beaches there.

(He was walking along the beach, wearing a blue t-shirt, and his eyes were on those two Caucasians. God damn it, Cimatu, I thought I gave you orders. Why are you walking on the beach looking at the two whites in bikinis?)

The President has made this joke in previous speeches.

Duterte also managed to sneak in a comment with sexist undertones while talking about the need for measures to ensure stable water supply for the country.

He recalled a time when there was a water shortage in Metro Manila while he was in Davao City, his hometown. He feared returning to Manila because his “girlfriend” there would stink from lack of bathwater.

“I was even afraid to come here because, what if my girlfriend will not be able to take a bath, she will smell like hell. So, I said, I’ll wait for the water to wash her,” said Duterte.

“When I arrived in the morning, there was water and my girlfriend was fresh,” he continued.

Duterte’s longtime partner Honeylet Avanceña and their teenage daughter Veronica were in the audience.

Duterte again mentioned his “girlfriend” when talking about the need for speedy emergency response by law enforcers.

He said “lost” girlfriends are a type of emergency that Filipinos could call the 911 emergency hotline for.

He mimicked a conversation between him and a 911 hotline responder.

Only a week ago, the Palace released the Safe Spaces Act, which lays down penalties for sexual harassment, including wolf-whistling, cat-calling, and making sexual jokes – acts which Duterte has been documented doing. (WATCH: Never bastos? Duterte’s top sexist moments)

The document says Duterte signed the law back in April, a few days before it was scheduled to lapse into law.

As President, Duterte is immune to suit, therefore he cannot be sued for violating the law until his term ends. But Senator Risa Hontiveros, principal author and sponsor of the measure in the Senate, said the law should embolden Filipinos to call out Duterte’s misogyny. – Rappler.com