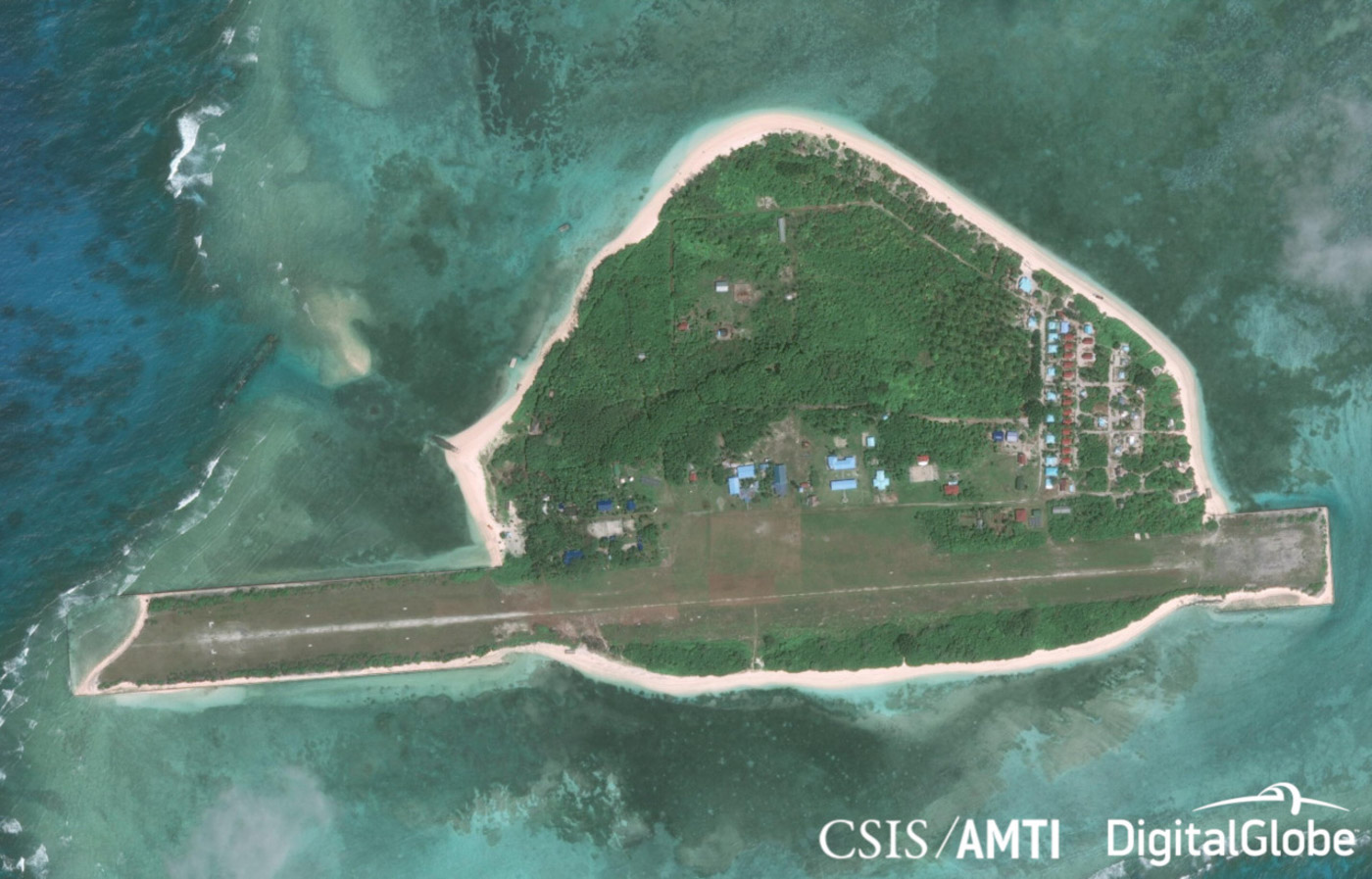 MANILA, Philippines (UPDATED) – President Rodrigo Duterte in his State of the Nation Address (SONA) on Monday said the Philippines is “not in the position” to assert its rights in the West Philippine Sea (WPS) because China “is in possession” of it.

“China is not in possession of the WPS. China is in possession of 7 features in the Spratlys plus Scarborough Shoal. In addition, during the Duterte administration, China seized Sandy Cay from the Philippines. The total area of these geologic features, including their territorial seas (if any), is less than 7% of the WPS,” Carpio said in a statement sent to reporters after the SONA on July 22.

These were declared to be either rocks or low tide elevations within the Philippines’ 200-nautical-mile exclusive economic zone (EEZ) by the July 12, 2016 international arbitral award based on the United Nations Convention on the law of the Sea (UNCLOS).

Rocks and low tide elevations do not entitle the country that owns them to an EEZ. In effect, even if sovereignty over those 7 reefs remains unresolved, the Philippines retains sovereign rights in the vast waters of the West Philippine Sea.

This is evidenced by the fact that other countries carry out “freedom of navigation and overflight operations” (FONOPs) in the area, said Carpio.

“Foreign naval powers (US, UK, France, Australia, Japan, and Canada) continuously sail and conduct naval drills in the South China Sea, including the WPS, demonstrating that China is not in possession of the WPS,” he said.

Carpio earlier said that it would help the Philippines assert its legal victory over China if the Philippine Navy joined these other navies on FONOPs in the West Philippine Sea.

Duterte has consistently rejected the idea, saying it would lead to war with China.

“I am not ready or inclined to accept the occurrence of more destruction, more widows and more orphans, should war, even on a limited scale, break out. More and better results can be reached in the privacy of a conference room than in a squabble in public,” Duterte said in his SONA.

However, critics including Carpio have pointed out that the possibility of war is remote because China itself would not risk its standing in the international community were it to turn into an aggressor. Besides, the Philippines’ Mutual Defense Treaty with the US would come into force, and China would think twice before triggering an armed confrontation with the US.

In his SONA, Duterte tried to justify allowing Chinese fishing vessels free rein in the WPS. He said the UNCLOS allows for fishing agreements among sovereign states, and recognizes “traditional fishing rights of the natives.”

Carpio refuted this, too.

The Filipino boat, the Gem-Ver, foundered at the impact from the larger, sturdier vessel.

In a statement on Tuesday, former foreign secretary Albert del Rosario and former ombudsman Conchita Carpio Morales echoed this, saying Duterte had no authority to grant foreigners fishing rights in the Philippines’ EEZ. This is because the Constitution is clear about its duty to protect the EEZ for Filipinos.

“No presidential agreement with China or any other country can override the explicit constitutional mandate that the ‘use and enjoyment’ of our EEZ is ‘reserved…exclusively to Filipino citizens.’ The agreement between President Duterte and China is therefore illegal, null and void,” they said.

Del Rosario and Morales added the supposed deal was also void as international law says a treaty would be illegal if it was brought about by a threat of war. This is according to the Vienna Convention on the Law of Treaties, which both the Philippines and China are parties to.

“Thus, if the Philippines agrees to share its resources in its exclusive economic zone because China is threatening to use force or wage war against it, such an agreement is illegal, void, and does not bind the Filipino people,” they said.

Duterte had claimed in his SONA 2019 that Chinese President Xi Jinping threatened the use of force if the Philippines asserted its rights in the West Philippine Sea.

Del Rosario and Morales also warned that if Duterte allowed China to fish in Philippine waters, it could deplete fishing stock that Filipino fishermen rely on. They added that while the UNCLOS award said a country can enter into fishing agreement with another country, there was no obligation to do so.

They said: “The West Philippine Sea belongs exclusively to Filipinos, not to China. We must stop giving China primacy over that of our own people. When will Filipinos be first and not last, in our own country?” – with a report from Sofia Tomacruz/Rappler.com