Jul 27, 2019 10:15 AM PHT
JC Gotinga
Facebook Twitter Copy URL
Copied
As other Asia-Pacific countries resist China’s incursions into their waters, the Philippines says China must be allowed to fish at Recto Bank 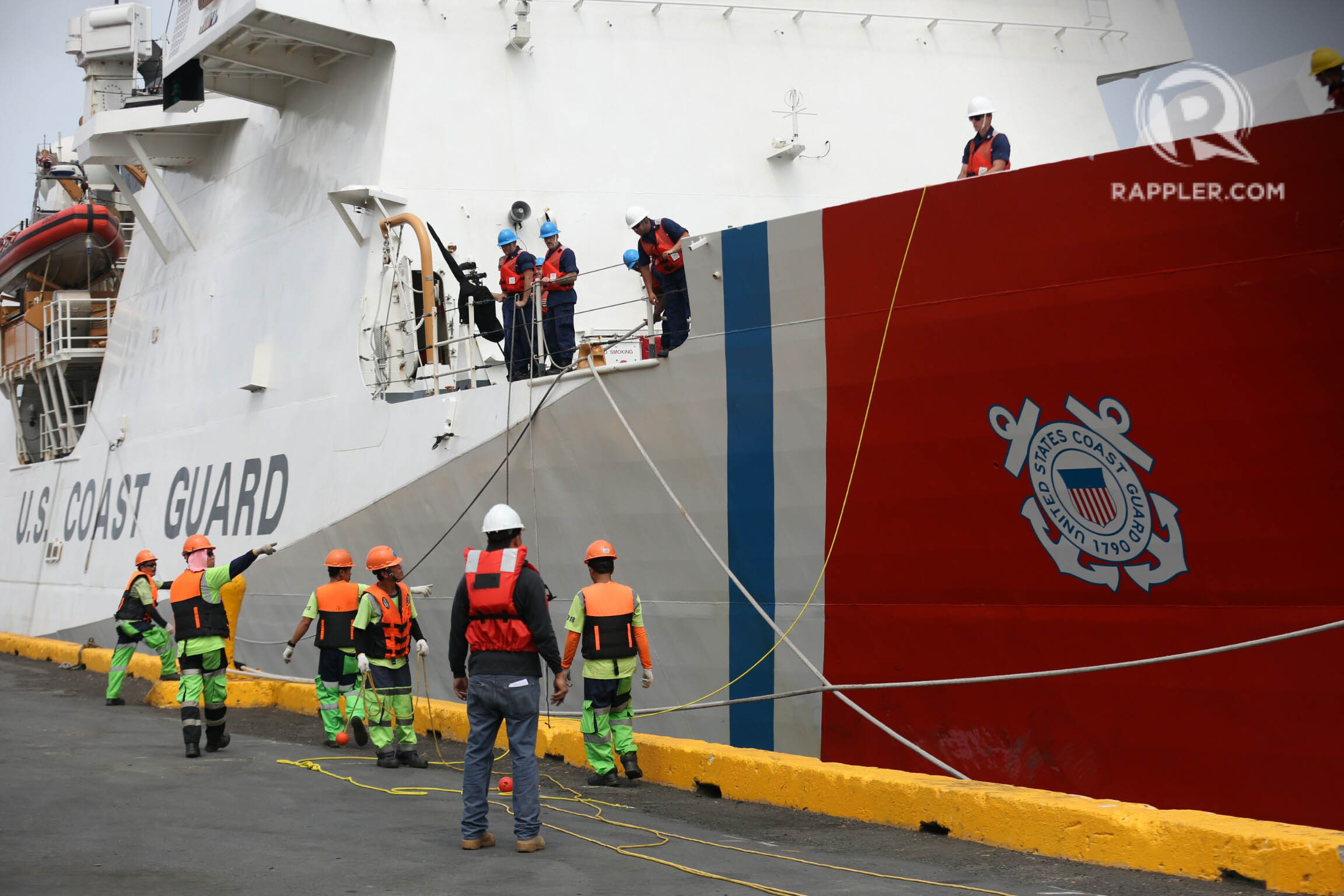 MANILA, Philippines – To counter China’s increasingly aggressive moves to dominate the Asia-Pacific, the US Coast Guard (USCG) called on countries to “push back” as it increases its own presence in the region.

“I think there needs to be an international push-back to say you know, we reject the types of behaviors, the antagonistic, aggressive behaviors that are not consistent with the rule-based order,” USCG Commandant Admiral Karl Schultz told reporters in a phone interview earlier this week.

Schultz criticized the increased deployment of the Chinese Coast Guard (CCG) and even the People’s Liberation Army (PLA) Navy in waters outside of China’s legal jurisdiction.

“The Chinese Coast Guard is grossly manifested, increased its number of ships,” Schultz said, pointing out that even the CCG, supposedly a civilian force, has been placed under China’s People’s Military Police, which means it is a form of military presence.

Even China’s fishing trawlers have been known to function as a maritime militia.

“I think we are seeing behaviors out of the Chinese Coast Guard, out of the Maritime Militia, that are not consistent with the rule-based order,” said Schultz.

The USCG will have more “engagements” with its partner countries like the Philippines to help boost their capacity to police their waters, Schultz said. It also deployed two of its flagships to the Indo-Pacific, particularly near US territories in Oceania.

Schultz said they would “champion transparent engagement” and model “maritime governance” based on the rule of law – a tacit swipe at China’s activities in the South China Sea, including the West Philippine Sea.

Lorenzana: “They can fish there”

On Thursday, July 25, Defense Secretary Delfin Lorenzana said the Philippine Coast Guard (PCG) cannot yet dare to accost the CCG in the West Philippine Sea, even as he led the unveiling of the PCG’s newly-acquired assets and equipment.

“How can you drive away a coast guard of the PLA Navy that is 124 meters? Sige nga. Baka umangan ka lang ng water cannon ay hindi ka na makalapit eh (Let’s see. All it might take is they aim a water cannon at you and you won’t even get near),” Lorenzana told reporters, comparing the CCG’s ships to the PCG’s upcoming largest vessel, which is 83.6 meters long.

The defense chief said the government plans to keep beefing up the PCG as it tries to keep up with the increasing number of foreign vessels – mostly fishers – venturing into the country’s exclusive economic zone (EEZ) or even its territorial waters.

“If we find them trawling there, it’s the mandate of the Coast Guard and the [Bureau of Fisheries and Aquatic Resources]” to apprehend them or drive them out.

However, it is unclear where Philippine authorities will draw the line, as President Rodrigo Duterte has insisted on a “fishing deal” he supposedly made with Beijing that allows the Chinese to fish in the Philippines’ EEZ, particularly Recto Bank.

On June 9, a Philippine fishing boat anchored at Recto Bank was hit by a Chinese trawler and foundered. The Chinese vessel immediately left the scene, and the 22 Filipino crew struggled to stay afloat until they were rescued by a Vietnamese boat hours later.

The incident raised questions about the Chinese vessel’s presence in an area well within the Philippines’ EEZ.

“Well, according to the President, mayroon silang agreement ni ‘kwan na in-allow niya ‘yung fishing ng Chinese doon, (he had an agreement with so-and-so that he allowed the Chinese’s fishing there). That’s it. They can fish there,” Lorenzana quipped.

This past week, Vietnam has repeatedly demanded China to pull out its survey ship from its EEZ.

Although Hanoi declined to specify the Chinese vessel’s location, it said the ship was “completely in Vietnam’s sea area” and that the country “resolutely and persistently protects” its sovereign rights “by peaceful means based on international law.”

As Hanoi demanded that Beijing respect its sovereignty, Beijing said that it hoped Hanoi would respect “China’s jurisdiction.”

Despite China’s sweeping claim over the South China Sea, Vietnam and Malaysia have continued oil and gas operations in their EEZs.

Both countries have stood up to harassment from the CCG and have been able to carry on their activities, contrary to Duterte’s claim that such would spark a war with China.

Analysts and officials have refuted that claim, saying China would not risk its position in the international community were it to turn into a full-on aggressor, and that the Philippines’ Mutual Defense Treaty with the US adds another layer of deterrence. – Rappler.com