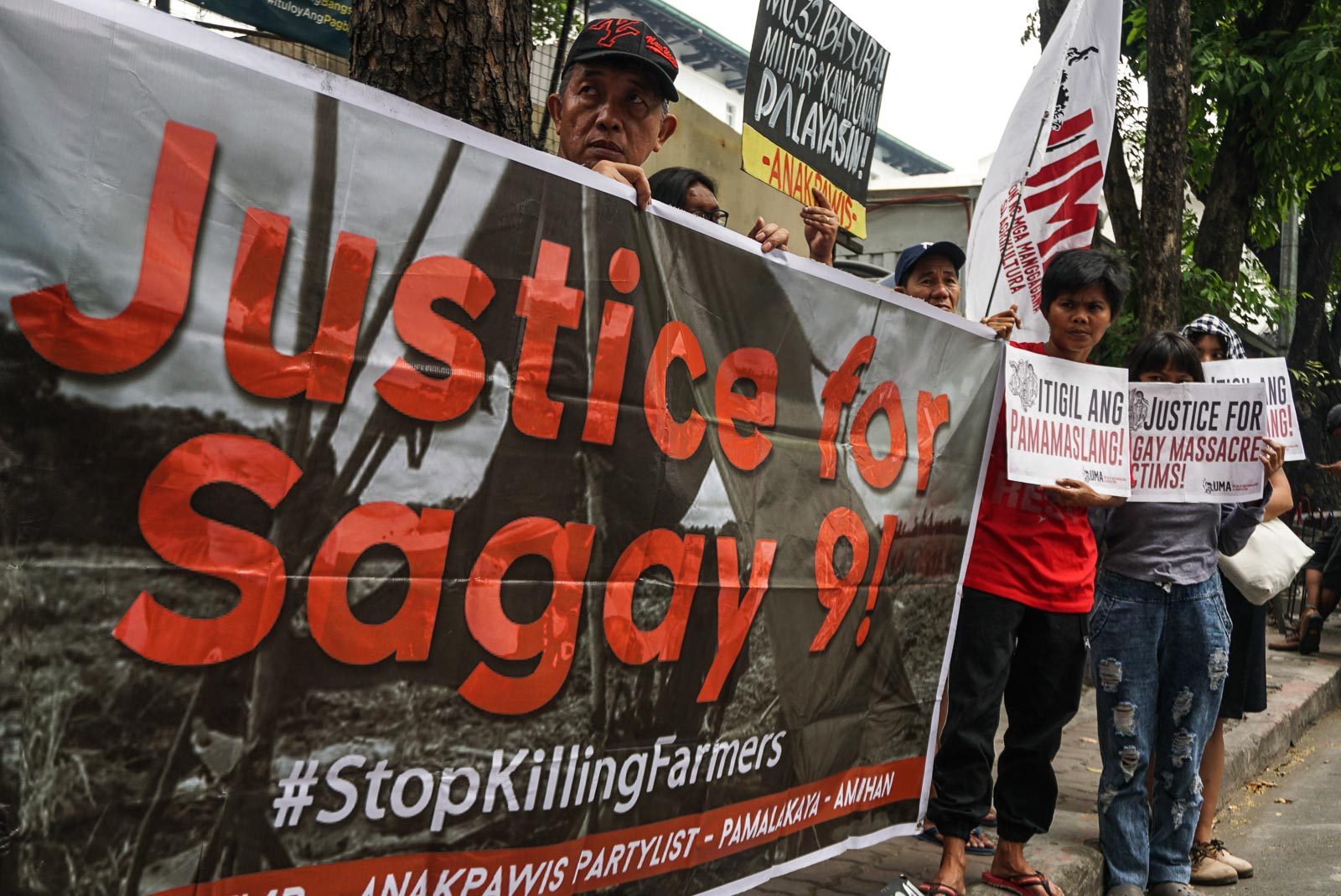 MANILA, Philippines – The Philippines is the most dangerous country to be an environmental activist, according to the report of international nongovernmental organization Global Witness.

The number in the Philippines included the massacre of 9 sugarcane farmers in Hacienda Nene in Barangay Bulanon, Sagay City, Negros Occidental. The victims, including 4 women and 2 minors, were resting in their makeshift shelter inside Hacienda Nene when 40 armed men attacked them.

The Global Witness report said that Mindanao has become “the hotspot of murders” for environmental defenders, as a third of those killed in the Philippines in 2018 were from the island.

The report said that local businessman Romulo de Leon III, who also owned one of the Philippines’ largest gun-making factories, was “sub-leasing some of the local indigenous community’s ancestral lands to Dole to grow bananas.”

The said land is being claimed by indigenous community, under the name Kitanglad Alihuton Danao Inalad Man-egay Ancestral Domain Claimant (KADIMADC). KADIMADC told Global Witness that they never consented to a leasing arrangement with De Leon, and that fraud was committed to fake their consent.

The group also reported cases of intimidation from De Leon’s security guards, who in 2016 allegedly threatened to kill members of the community, destroyed some of the houses, and also uprooted crops. The report also put a spotlight on UN Special Rapporteur for Indigenous Peoples Vicky Tauli-Corpuz, who was tagged as a terrorist by the Department of Justice in 2018.

Corpuz, an Igorot from the Kankana-ey tribe in Besao, Mountain Province, has repeatedly raised her concerns over the large scale commercial projects globally. She has also highlighted how such projects disproportionately affect indigenous communities.

Global Witness called on the Philippine government to “stop businesses and private actors from grabbing ancestral lands from its people, and from using violence and threats to silence those who object.”

The group also said that the government and private entities should ensure the legality of their leasing arrangements, and that they should not resort to intimidation of indigenous communities, “to ensure the rights of local communities are being respected, rather than violently shut down.” – Rappler.com