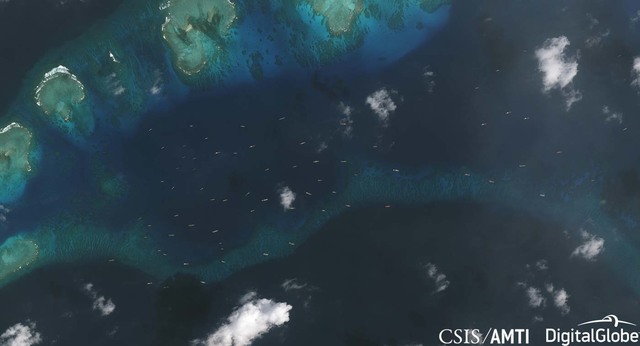 “Diplomatic protest fired off,” Locsin said in a tweet.

Locsin made the statement in relation to National Security Advisor Hermogenes Esperon’s announcement that Manila was set to protest the swarming of some 113 Chinese fishing vessels stationed near Pag-asa island in February and July.

In response to a question, Locsin said he had already filed the protest against China over its fishing vessels’ actions in the West Philippine Sea based on military intelligence.

“I did. I listen only to military intelligence; I distrust civilian sources of ‘misinformation.’ When it comes to national security, I am the thinking trigger; the finger is the Commander-in-Chief and the Armed Forces which are the protector of people and state,” Locsin tweeted.

I did. I listen only to military intelligence; I distrust civilian sources of "misinformation." When it comes to national security, I am the thinking trigger; the finger is the Commander-in-Chief and the Armed Forces which are the protector of people & state. https://t.co/CwKBdJysR0

This comes after Locsin confirmed in April 2019 that he “fired off a salvo of diplomatic notes” against China over the same issue of Chinese vessels found near Pag-asa Island.

National Security Adviser Hermogenes Esperon Jr said that the 113 Chinese vessels is a new record in terms of how many Chinese ships were found swarming Pag-asa Island at a single point in time.

“There were so many Chinese fishing vessels there. The new record was reached on February 8…. They came and they numbered 61. Last July 24, they reached 113,” he said in a mix of English and Filipino during a Manila press conference.

But he told the public not to worry since, as of Tuesday, July 30, the Chinese ships were no longer there. They had supposedly left due to bad weather.

“Kahapon, wala na (Yesterday, they were gone.),” he said.

Esperon surmised that the ships had gone to Subi (Zamora) Reef, a feature only 12 nautical miles away from Pag-asa Island, where China  built a runway and has deployed military planes and missiles.

The Asia Maritime Transparency Initiative (AMTI) of the Washington-based Center for Strategic and International Studies (CSIS) said satellite images captured from mid-December to late January 2019 showed a high of 95 vessels on December 20 before dropping to 42 by January 26.

According to a report by ABS-CBN News, the Armed Forces of the Philippines has said more than 600 Chinese ships have circled Pag-asa Island since January 2019.

The filing also comes after a Chinese fishing vessel sank and abandoned a Filipino fishing boat near Recto Bank (Reed Bank) in June 2019, which put the spotlight once more on the Duterte administration’s policy on the West Philippine Sea.

Under President Rodrigo Duterte, the Philippines has fostered friendlier ties with China, downplaying a decades-long sea dispute in exchange for loans and grants from Beijing. (READ: Philippines loses to China 3 years after Hague ruling) – With reports from Pia Ranada/Rappler.com