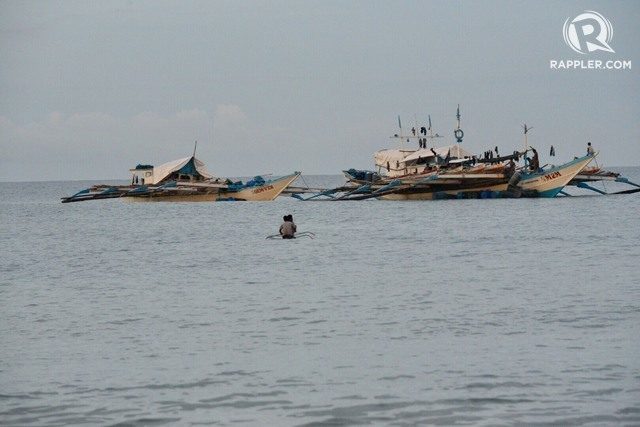 Facebook Twitter Copy URL
Copied
'Let's put humanity and... the environment at the forefront,' says Deo Onda of the University of the Philippines Marine Science Institute

MANILA, Philippines – Countries with territorial claims in the South China Sea must work together to declare marine protected areas and address environmental degradation in the maritime site.

University of the Philippines Marine Science Institute Assistant Professor Deo Onda highlighted the need to do so in a recent in Rappler Talk interview, saying it was one way to ensure food security and protect the livelihood of fishermen who worked in the area and in nearby coastlines.

“We need to have a multilateral network of MPAs – marine protected areas – in the South China Sea region…. dahil yung mga coral reefs nakakalat sa buong (because the coral reefs are scatterd across) South China Sea and Spratlys Island group. We need to work with other countries and we really need to have an international cooperation that does not have any prejudice to territorial dispute,” Onda told Rappler editor-at-large Marites Vitug.

Among the countries with claims in the South China Sea include the Philippines, Malaysia, Vietnam, Brunei, China, and Taiwan. But apart from fishermen of these countries, more than half of the fishing vessels in the world were also estimated to operate in the maritime area, according to US-based think tank Center for Strategic and International Studies (CSIS)

The area serves as a main source of fish with some 16.6 million tons of fish sourced from the South China Sea annually, according to CSIS.

Experts, however, have warned intense competition has left the area dangerously overfished.

For instance, fish stocks near the coast of Palawan, Mindoro provinces, Batangas, and Zambales, among others come from fish eggs that have been laid in corals in the West Philippine Sea in the South China Sea. Aside from this, other industries such as tourism also rely on biodiversity that is connected to areas in the South China Sea. (READ: U.P. marine scientists: ‘West Philippine Sea is for Filipinos’)

This is true not just for the Philippines, but for other countries surrounding the South China Sea.

He cited the example of China’s move to declare fishing bans in the area, which countries cannot readily follow.

Unlike other claimant countries, China has claimed almost the entire South China Sea on the basis of a supposedly historical 9-dash line outlining its ownership of the area. The landmark 2016 Hague ruling spearheaded by the Philippines invalidated China’s claims and asserted the Philippines’ rights in the West Philippine Sea. China has chosen to disregard the ruling.

Despite this, Onda stressed the importance of prioritzing the marine area which held crucial resources for the region.

“Let’s put humanity and… the environment at the forefront. Pag-usap natin paano pag protektahan, bago natin pag usap teritoryo (Let’s talk about how we can protect the area before talking about territory),” he said. – Rappler.com