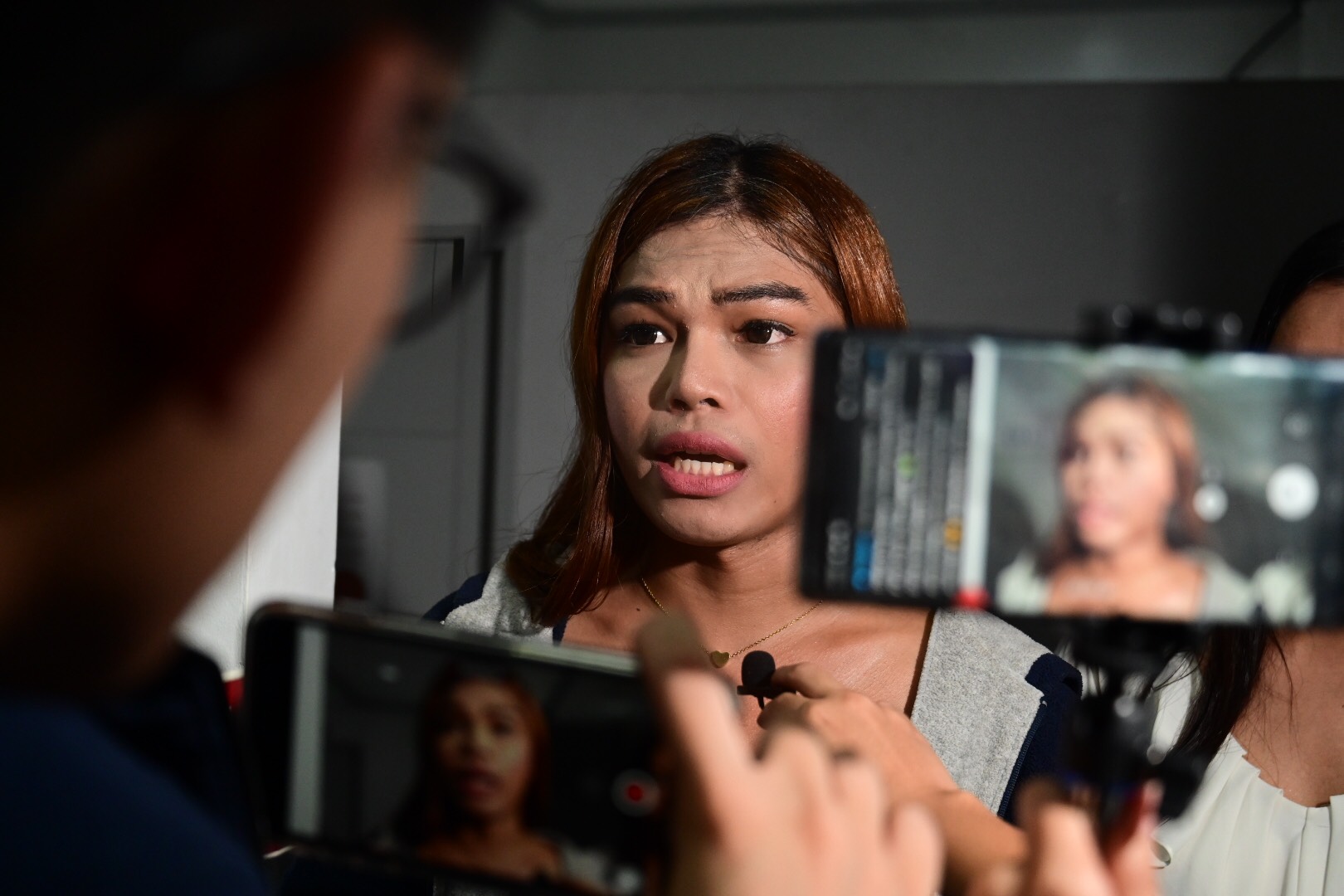 MANILA, Philippines (3rd UPDATE) – A transgender woman who was prevented from using a woman’s restroom in a Cubao mall in Quezon City was arrested on Tuesday, August 13.

According to two separate desk officers of the Quezon City Police District (QCPD), Gretchen Custodio Diez was arrested for going live on Facebook while inside a female restroom.

Diez was prevented from using a women’s restroom by a janitress who insisted that she use the men’s restroom.

Diez recorded the incident live on Facebook. She appeared to have been held inside the mall, isolated from other shoppers in a room that had swinging doors. The janitress was recorded as saying that she will file a case against Diez.

The janitress then said: “May utin ka pa rin. Tandaan mo ‘yan (You still have a penis. Remember that).”

Cops earlier said Diez was set to face a complaint for unjust vexation. Hours later, at around 11:30 pm, Diez walked free after the janitress apologized and decided to drop charges against the transgender woman.

According to one desk officer, Diez was first brought to the QCPD Station 7 (Cubao), then to the QCPD’s Anti-Cybercrime Division; the cops were confused on how to handle her case.

“Gretchen is a proud trans woman who expresses herself as a woman and she always goes to the female restroom every single day. So she got offended by this act,” transgender actress Mela Franco Habijan said in a Facebook post on Tuesday.

The Philippines is known to be one of the more tolerant countries in the world to the LGBTQ+ (lesbian, gay, bisexual, transgender, and queer) community, but it has yet to pass a bill prohibiting discrimination on the basis of sexual orientation or gender identity or expression. – Rappler.com