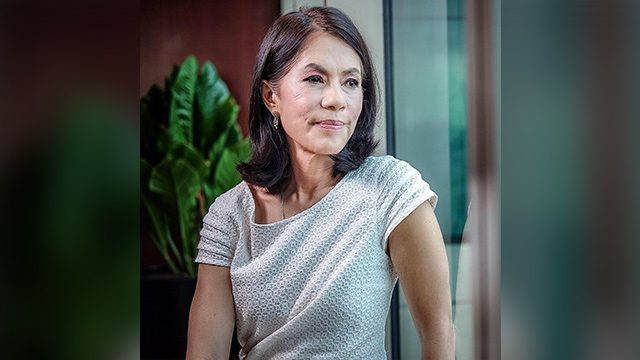 The feisty anti-mining advocate, seen as one of the “bright lights” of the Duterte Cabinet during her less than a year in government, died after a long bout with brain cancer.

Lopez served as President Rodrigo Duterte’s first environment secretary for 10 months, or until May 2017, after the Commission on Appointments rejected her appointment – a decision hailed by mining companies and condemned by environmental groups.

During her brief stint as environment chief, Lopez rocked the mining industry by issuing orders that were true to her promise of cracking down on companies that violate environmental laws. (READ: What drives Gina Lopez?)

In a statement, ABS-CBN said, “Gina was the pillar of strength that pushed AFI to achieve what seemed to be impossible. Her caring heart and selfless kind of love inspired people within and beyond the organization to help and serve others.”

It also said that with the passing of Lopez, “we lost a fervent advocate of children’s rights and protection, a passionate proponent of sustainable livelihood among the underprivileged, and an unswerving champion for environment preservation.”

These advocacies gave birth to Bantay Bata 163, Bantay Kalikasan, and other programs under ABS-CBN Foundation. Before serving as Pasig River Rehabilitation Commission chairperson and as environment secretary, she also pushed for numerous campaigns and projects. The ABS statement listed these as: Kapit Bisig Para sa Ilog Pasig, No To Mining in Palawan, the reforestation of the La Mesa Watershed, and the TV program G Diaries – “all of which made a lasting impact on communities.”

As environment chief, Lopez ordered the closure or suspension of some mining operations in the country, and canceled mineral production sharing agreements. She also  banned “prospective” open-pit mines in the country – a move that was questioned by the mining industry for excluding quarrying.

In her first message as environment secretary, Lopez vowed that none of the DENR’s decisions would put the lives of Filipinos at stake.

“The best way to protect the environment is to improve people’s lives. That’s my experience,” she said then. (READ: Green groups: Lopez is ‘right choice’ for DENR post)

Lopez was open about her illness, which was the subject of her past columns for the Philippine Star. She also gave updates through some of her social media posts.

On August 1, even as she received medical treatment, she continued to express concern about the destruction caused by mining operations in the country – but also hoped that something could be done about it.

“I am lying down having an infusion of 27000 IU of vitamin C for my immune system and feeling the healing of a LENYO mat for my health crisis and browsing through videos and I come across this and I remember my DENR days – and how painful it all was…I really do sincerely hope something can be done about the destruction that mining brings on,” she said in a Facebook post where she shared a video on the Marcopper mining disaster in Boac, Marinduque.

ABS-CBN announced Wednesday, August 21, that due to inclement weather, the public viewing of Gina Lopez on August 22 and 23 will now be held at Studio 10 of ABS-CBN instead of the La Mesa Eco Park. The public viewing will be from 9am to 12 midnight, with a mass at 6 pm and a special tribute at 7 pm.

Entrance will be at the ABS-CBN Center Road gate along Mother Ignacia Avenue, QC. The change was done to ensure the safety of those who would like to pay their respects. – Rappler.com