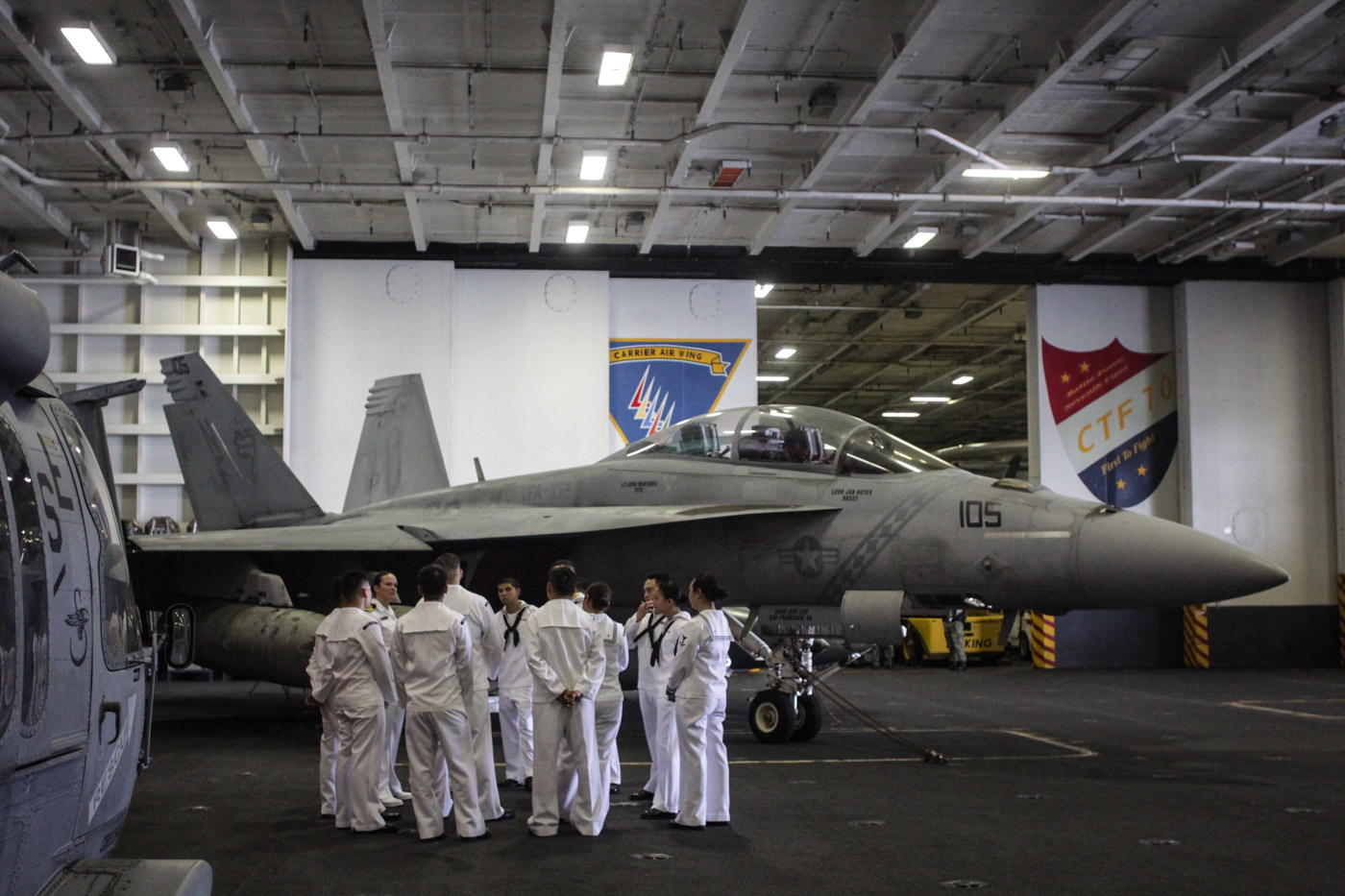 MANILA, Philippines – The United States military will keep patrolling the disputed South China Sea to deter China from having strategic control of the region, said the US Air Force chief as he restated the US commitment to defend the Philippines in case of an armed attack.

“I’ll just tell you that there’s no let up in our willingness or our ability to fly or sail where we need to and when we need to, and there will be no let up in the future. That’s our commitment to the region,” General David Goldfein, US Air Force Chief of Staff, said when asked about the degree of deterrence US air and naval patrols are able to provide against China’s expansionist actions.

Goldfein and General Charles Brown Jr., US Pacific Air Forces Commander, were in Manila on Friday, August 16, and spoke with an international group of reporters through a telephone briefing.

Top of mind among the Filipino journalists in the teleconference was the series of incursions by Chinese Navy vessels into Philippine territorial waters from February all through early August, as reported by the Armed Forces of the Philippines (AFP).

Goldfein said any violation of “international rules of order” is “concerning”.

“I think quite frankly any activity that we see both at sea and in the air, and increasingly now, we’re also having the same conversation in space and in cyber, has got to adhere to some international rules of order that we all live by. So, anybody in the region that violates those, it’s concerning,” Goldstein said, adding:

“So part of our engagement here, and our presence here, is to make sure that we keep the global commons open for all. And everybody benefits when we can have freedom of navigation, to include China.”

Brown reiterated that the regular US freedom of navigation and overflight operations (FONOPs) in the South China Sea are meant to be a deterrence against any attempt to bend the rules and to keep the sealanes open to international vessels and aircraft.

“We have to highlight the facts when those that don’t follow rules-based international order, no matter who that might be, we do highlight that.  So, part of our operations are to deter, or also prove the fact that you should be able to fly, sail, and operate no matter what nation you are, where international law allows,” Brown said.

In recent years, China has reclaimed and militarized reefs in the South China Sea within the Philippines’ exclusive economic zone and the West Philippine Sea. With it came an increase in Chinese military aircraft and vessels plying the strategic sea route, which China considers as its territory despite an international arbitral ruling that invalidated its claim.

On August 7, the Nimitz-class aircraft carrier USS Ronald Reagan and its flotilla of other warships, called a “strike group,” visited Manila for a friendly port call in between FONOPs through the South China Sea.

US naval visits to allies in the region are seen as a warning to China, which has repeatedly criticized America as an outsider that must stay out of the region’s affairs.

US security officials, meanwhile, have emphasized alliances and strategic partnerships with countries like the Philippines, Japan, Vietnam, and Indonesia during such visits.

“This is a longstanding alliance between the United States and the Philippines, and it really has contributed to peace, stability, prosperity in this region for over 60 years. And we look to the Philippines and its desire to build a more credible defense,” Goldfein said.

In March, US Secretary of State Mike Pompeo, on a visit to Manila, stated that the 1951 Mutual Defense Treaty (MDT) between the Philippines and the US covers the South China Sea. This means any armed attack on Filipinos in the area would trigger a military response from the US. It dispelled longstanding apprehensions from Manila over Washington’s earlier noncommittal statements.

In July, top US diplomats reiterated the MDT’s coverage of the South China Sea during the US-Philippines Bilateral Strategic Dialogue in Manila.

On Friday, Goldfein said, “One of my messages is to just re-emphasize, as Secretary Pompeo did, our commitment to the Mutual Defense Treaty.” – Rappler.com