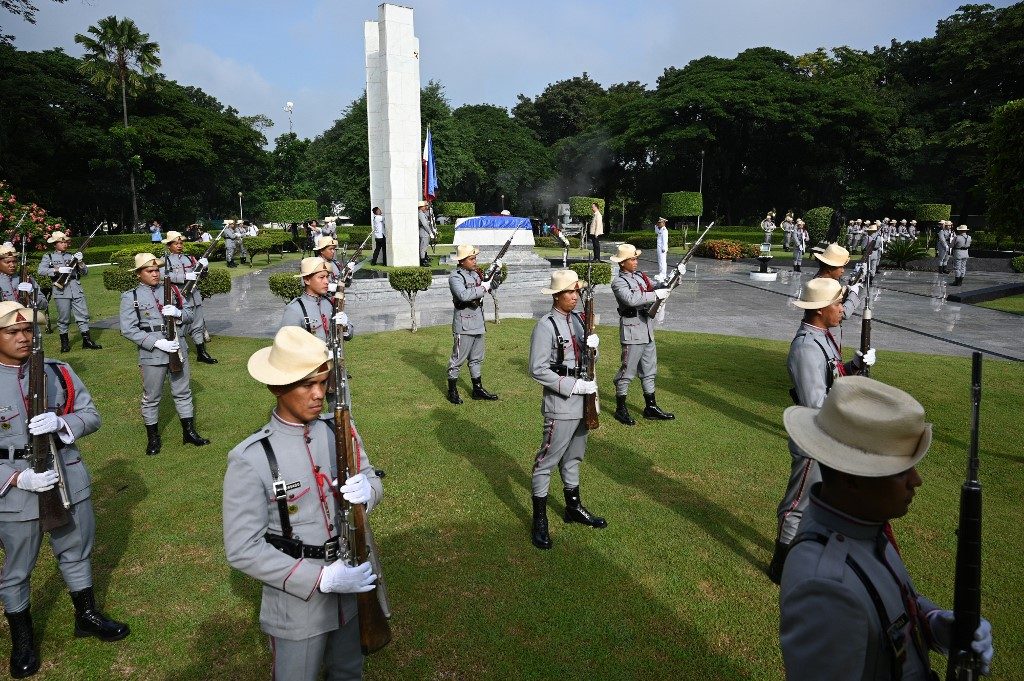 Facebook Twitter Copy URL
Copied
The Philippines has yet to pass a law that declares who its national heroes are, says the senator, who wants Macario Sakay to be included in the roster of candidates

MANILA, Philippines – On National Heroes’ Day, Senator Imee Marcos asked whether the holiday is a misnomer since “the reality is that, officially, we have no heroes.”

In a statement on Monday, August 26, the senator said the National Hero Committee in 1995 identified the criteria of what makes a “national hero.” This led to the recommendation of Jose Rizal, Andres Bonifacio, Emilio Aguinaldo, Apolinario Mabini, Marcelo H. del Pilar, Sultan Dipatuan Kudarat, Juan Luna, Melchora Aquino, and Gabriela Silang, among others, to be proclaimed as national heroes. (FAST FACTS: What makes a Filipino historical figure a national hero?)

But no action had been taken to proclaim them over fears of sparking historical controversies, according to the National Commission for Culture and the Arts.

More than 20 years later, Marcos said, “We only have implied heroes, despite having official dates for their commemoration.”

In the 17th Congress, a bill was filed at the House of Representatives to officially proclaim Rizal as the country’s national hero, but was left pending in the committee level.

Should the debate on proclaiming national heroes resumes, Marcos urged the inclusion of Macario Sakay in the list. Sakay was the first president of the Tagalog Republic who fought against the Spaniards and the Americans in the early 1900s.

She said Sakay suffered a negative image because of “black propaganda” by American colonizers.

“The betrayal of Sakay by a fellow Filipino to effect his surrender to the Americans should be taught in history class,” Marcos urged.

The senator is the daughter of the dictator Ferdinand Marcos, whose burial at the Libingan ng Mga Bayani (Heroes’ Cemetery) sparked protests among human rights advocates. Under military rules, presidents and former soldiers like Ferdinand Marcos can be buried at the LNMB, except for those who have been discharged from service or convicted of moral turpitude. The elder Marcos was found to have faked his war medals in World War II.

The “hero’s burial” for the Marcos patriarch in November 2016 led to nationwide protests with the slogan “Marcos is Not a Hero.” Critics called out President Rodrigo Duterte for elevating the late dictator as a “hero” despite plundering the nation and sanctioning human rights atrocities during the latter’s 21-year rule. – Rappler.com