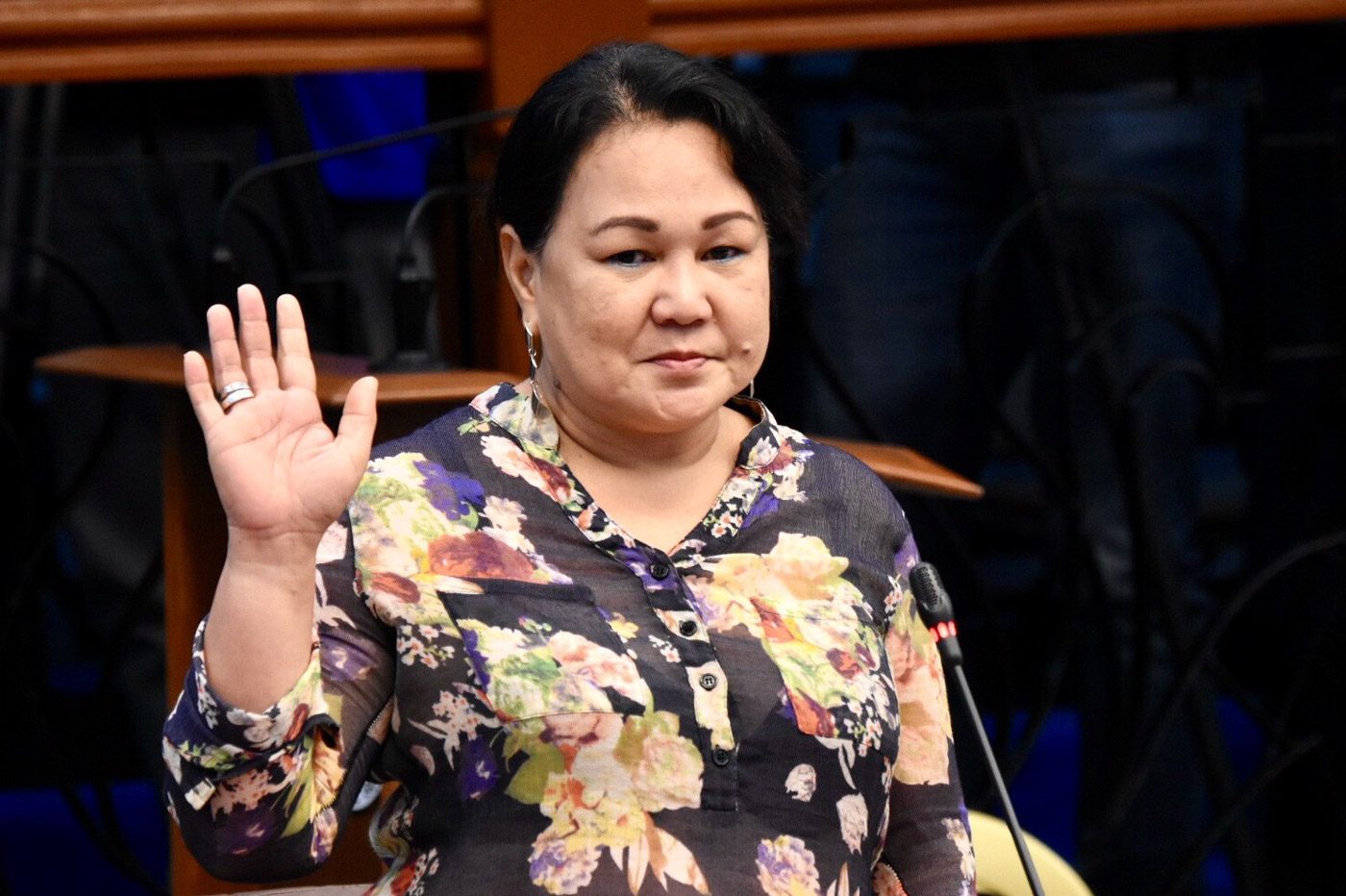 MANILA, Philippines – An inmate’s wife claimed that Bureau of Corrections (BuCor) employees asked P50,000 from her in a botched deal to buy her husband’s early release from prison.

During the third Senate hearing on the Good Conduct Time Allowance (GCTA) law on Thursday evening, September 5, Yolanda Camilon, a wife of an inmate at the New Bilibid Prison, narrated her ordeal with BuCor officials and employees who allegedly ployed her into paying thousands to release her husband.

Camilon said that a certain Mabel Bansil, a Correctional senior inspector, talked to her in February this year about increasing her husband’s GCTA that will be the basis for his release.

(She told me, ‘Your husband’s service may be shortened. But it’s expensive.’ I told her, ‘How expensive?’ She mentioned a certain amount that is at P50,000.)

According to Camilon, Bansil told her that she can pay in tranches. Relieved with the setup, Camilon agreed with the deal.

Days after the encounter with Bansil, Camilon said she met with BuCor documents section chief Ramoncito Roque in his house to pay the first installment at P10,000.

(Sir Roque can’t do it anymore because there are a lot of inmates being released now. If it’s okay, let’s just wait until April.)

Months later, Camilon’s husband was still inside Bilibid. The money she paid the correctional officers was loaned and so she wanted it back.

She said she would rather wait for the October release based on the recommendation of the Bureau of Jail Management and Penology (BJMP) than have it fast-tracked. But Roque and Bansil, she said, were pointing fingers at each other over who should give it back.

Camilon also tagged the Roque’s slain deputy, BuCor official Ruperto Traya Jr, who was killed outside his home in August. Traya was in charge of processing GCTA documents, but she said she never dealt with him.

Roque, who was also present during Thursday’s hearing, admitted that he knows Camilon, but denied taking money from her.

(They went to my home and then she gave me an envelope with the money. But I didn’t accept it. I told them, ‘I might be compromised.’)

He said that he returned the money days after meeting her.

Asked why it took him so long, Roque said that he didn’t know where exactly Camilon lived and he “had a lot of work to do.”

“Mga February din po noong sinoli ko ‘yon…. Ilang days hinahanap ko po sila. (It was also around February when I gave it back. I looked for them after a few days),” Roque said.

But Camilon said: “Wala pong naisauli sa’kin…. Kaya continuous po ako nagpa-follow up na isauli na lang sa’kin ang pera.” (I didn’t get my money back that’s why I’m continuously following it up for them to give it back.)

(Why didn’t you tell them first? ‘You’re giving me money? That’s bribery!’ Aren’t you the officer of the law here? If a person gives you P10,000, you tell them, ‘That’s bribing. You should be in jail.’)

”Pag may usok, may sunog’

Camilon said that there are about 10 to 20 people like her. She said she went public to tell her story on behalf of others who were victimized like her.

Gordon said that the GCTA law had given BuCor officials the power to grant release based on good conduct. But he said it was open to abuse by the same powerful officials.

(Now there’s GCTA, you now have the power. But you can also raise the ball…. Just sell your souls. That’s why Yolanda is now in debt.)

Even as Roque denied there’s such a trade inside Bilibid, Gordon said in closing: “‘Pag may usok, may sunog.” (If there’s smoke, there’s fire.)

During the hearing, Gordon ordered the BuCor officials to get Bansil’s “untampered” phone right at that moment, to be delivered immediately to the Senate as part of the evidence. He said that he will just issue a subpoena duces tecum after.

The 2013 GCTA law provided for new guidelines on how to compute “good conduct time” that is the basis for reducing prison terms.

It became the center of controversy when the the Department of Justice (DOJ) revealed that rape and murder convict Antonio Sanchez was supposedly among the 11,000 inmates up for early release, because of its retroactive application as ruled by the Supreme Court.

After public outcry, the DOJ suspended the release of inmates based on the GCTA. Lawmakers also moved to review the law.

The next Senate hearing will be on Monday, September 9 at 10 am. – Rappler.com