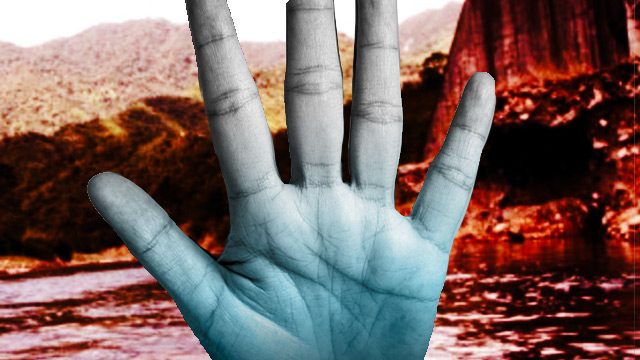 Facebook Twitter Copy URL
Copied
Five of the six cluster communities in General Nakar, Quezon province reject the project after 3 assemblies are held for all 6 clusters

ALBAY, Philippines – The Indigenous people of General Nakar in Quezon province voted an overwhelming no to the Kaliwa Dam project, as the process for Free, Prior, and Informed Consent (FPIC) in their area concluded recently.

Five of the six cluster communities in General Nakar rejected the project after 3 assemblies were held for all 6 clusters. Except for Malibay, the following clusters voted no to the project: Lumutan, Baybay, Pagsanghan, Umiray, and Cablao.

The FPIC process gave IPs the right to self-determination and participation and the duty to consult and seek consent.

According to the UN Expert Mechanism on the Rights of Indigenous Peoples, this “entitles Indigenous people to effectively determine the outcome of decision-making that affects them, not merely a right to be involved.”

Philippine law – specifically FPIC-NCIP Administrative Order 3, s. 2012 – strengthens indigenous people’s rights to self-governance, and management, development, and the use of land and resources within their ancestral domains. (READ: IP leaders use advocacy maps to show how Kaliwa Dam will impact them)

For Fr. Pete Montallana, spokesperson for the STOP the Kaliwa Dam network, the Metropolitan Waterworks and Sewerage System (MWSS) is trying to hide this setback by making it appear that the Kaliwa Dam project is on track to getting both the free prior and informed consent (FPIC) of affected Dumagat-Remontado indigenous peoples (IPs) and Environmental Compliance Certificate (ECC) from the Department of Environment and Natural Resources (DENR).

“The MWSS propaganda machine has been very busy in recent days, perhaps in an effort to counter a series of recent setbacks, including the overwhelming rejection by the Dumagat-Remontados of General Nakar, Quezon in 5 out of 6 community clusters that voted against the project during the FPIC process, and a recent COA report which detailed numerous irregularities in the bidding process for the project. They are trying to pretend that things are going well for them.” he said.

Marcelino Tena, president of the IP group Samahan ng mga Katutubong Agta-Dumagat-Remontado na Binabaka at Ipinagtatanggol ang Lupaing Ninuno (SAGIBIN-LN) agreed with Montallana. He said the MWSS was deceiving the public by spreading information that the project will push through.

Meanwhile, the first assembly for the first cluster in Rizal had been held.

STOP Kaliwa Dam members also questioned the MWSS’ version of what transpired during the public hearings conducted by the DENR’s Environment Management Bureau for the Environmental Impact Statement (EIS) submitted by the MWSS.

“During the first public hearing, the MWSS failed to provide proof that they complied with the procedural requirement to post public notice. That by itself, already put the entire process into serious question,” said lawyer Aaron Pedrosa of Sanlakas, who was present during the hearing in General Nakar.

Despite the group’s request to postpone the hearing until the MWSS could comply with the requirement under DENR’s own Department Order 2017-15, they insisted on pushing through, prompting a walkout by the majority of the participants.

The LGU of Infanta rejected the project too, as relayed by no less than Mayor Filipina Grace America.

In a public hearing in Tanay, Rizal, the MWSS failed to provide a copy of the scoping report as proof that public scoping was conducted in the area as part of the environmental impact study (EIS),” Pedrosa said.

Thus, Montallana asked: “If one hearing resulted in a mass walkout, one hearing’s participants were almost all opposed to the project, and another hearing cast doubt on the EIS they submitted because they failed to show compliance with a key requirement, how can MWSS claim that they were ‘successful?’”

According to the group’s expert members, the environmental impact study lacked a cumulative impact assessment and was technically questionable, adding the initial review of the Environmental Law Alliance Worldwide (ELAW) that it was not climate-resilient.

“The numerous irregularities in the bidding process unearthed by COA, including the decision by the Technical Working Group for the bidding to endorse the Chinese contractors despite their clear noncompliance with several requirements calls into question the integrity of the process,” the group said.

The group also said, “At the very least, MWSS should re-bid. But more importantly, this anomalous process is yet another reason to reject this project. – Rappler.com