Sep 12, 2019 10:39 PM PHT
JC Gotinga
Facebook Twitter Copy URL
Copied
The military says Nanz Sawadjaan, nephew of ISIS' leader in the Philippines, would have become a suicide bomber if he had not been killed in a raid on Tuesday, September 10 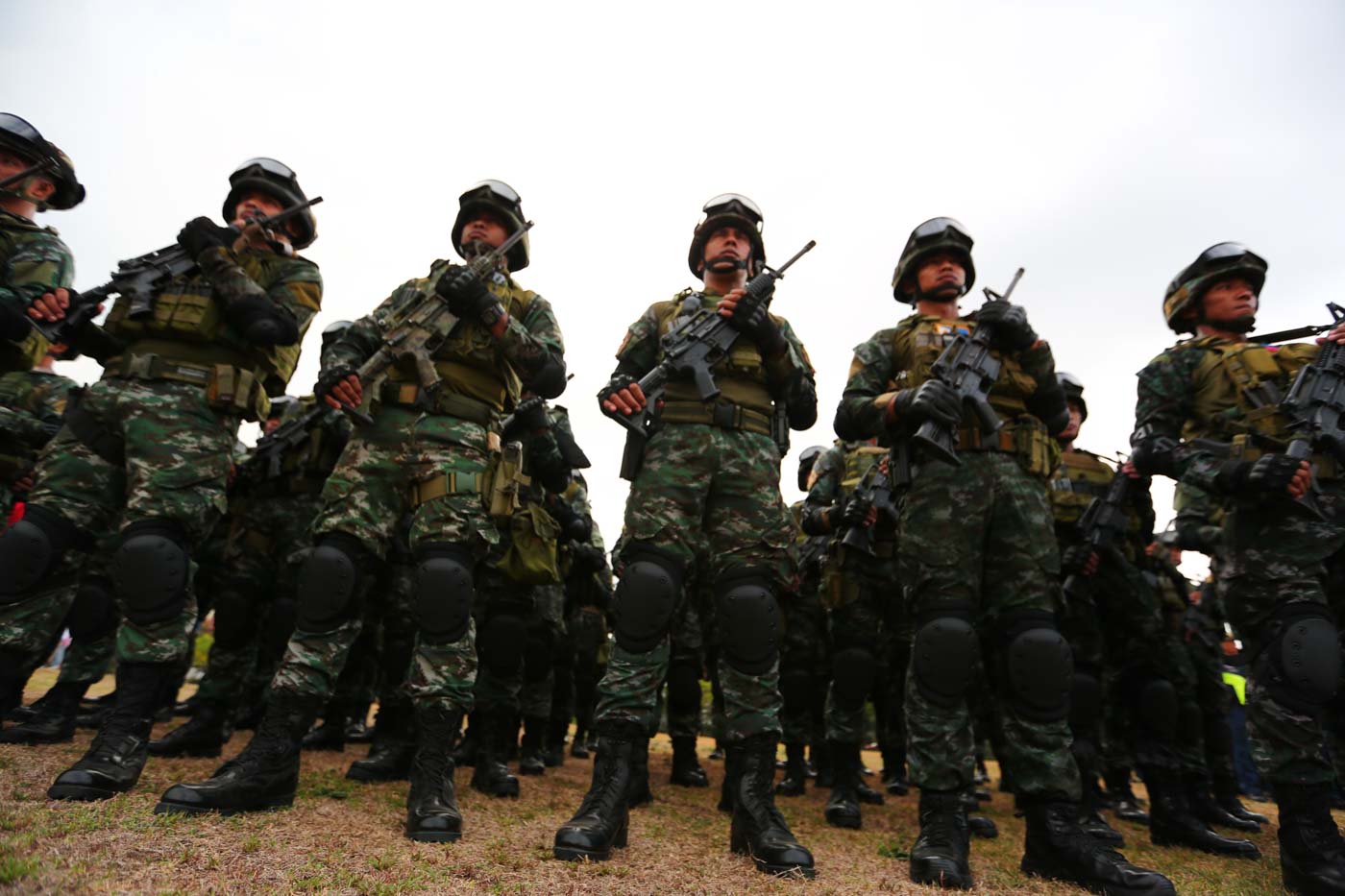 “The neutralized ASG bandit is the younger brother of a Tausug bomb expert, Mundi Sawadjaan. According to reports, the younger Sawadjaan had signified [that he would] carry out a suicide bombing in Sulu and was just awaiting orders from the ASG (Abu Sayyaf Group) hierarchy,” JTF Sulu said in an official statement.

The AFP earlier said Nanz Sawadjaan, who was in his 20s, was the younger brother of Hatib Hajan Sawadjaan, the ASG subleader said to be the Islamic State (ISIS) terror group’s leader in the Philippines. However, JTF Sulu said on Thursday that Nanz was a nephew, not a brother, of Hatib Hajan, who is in his 60s.

“The neutralization of the volunteer suicide bomber Nanz Sawadjaan is a momentous achievement we can offer to the people of Sulu. He could have brought enormous destruction to the province if he had carried out the suicide bombing,” said JTF Sulu commander Major General Corleto Vinluan Jr.

The military has blamed Hatib Hajan Sawadjaan’s pro-ISIS faction of the ASG for suicide attacks in Sulu and Basilan.

On Sunday, September 8, a “caucasian-looking” woman self-detonated a bomb at an Army checkpoint in Indanan, Sulu. Only the suicide bomber was killed in the attack.

On June 28, two attackers, one of them Filipino, blew themselves up at the gates of an Army camp also in Indanan, killing at least 7 people.

An Indonesian couple self-detonated bombs at a Catholic cathedral in Jolo, Sulu, on January 27. At least 23 people were killed then.

A van explosion at a paramilitary outpost in the outskirts of Lamitan, Basilan, on July 31, 2018, killed at least 10 people, including the driver whom the military said might have been Moroccan.

Security officials have said the ASG Sawadjaan faction is working with foreign terrorists to train bombers – including suicide bombers – as ISIS seeks to carve out a territory in Mindanao.

JTF Sulu said Nanz Sawadjaan was one of 5 ASG members who were “anointed” to launch suicide attacks, of whom now only one survives and is believed to be at large in Sulu.

The AFP Western Mindanao Command (Westmincom) said it is working to contain the threat within Sulu, where civilian communities have been providing information to help track down ASG members.

Earlier this week, the US Department of State added Hatib Hajan Sawadjaan and his aide’s wife, Almaida Marani Salvin, to its list of global terrorists. This rescinds any access they may have to interests and properties under US jurisdiction, and prohibits US persons from transacting with them.

The AFP has launched “focused military operations” against the ASG in Sulu. It reported 3 armed encounters with the terrorist group so far this week.

“The positive developments in our campaign to end the ASG in Sulu were made possible because of the active participation of the peace-loving Tausug community. This only proves that the people of Sulu recognize the relevance of peace in their province and are already fed up with the terrorists’ presence. Hence, I am confident that the problem with the ASG in Sulu will soon be over,” Vinluan said in a statement. – Rappler.com