Sep 20, 2019 7:38 AM PHT
Facebook Twitter Copy URL
Copied
(3rd UPDATE) President Duterte picks the general who led an intense counter-insurgency campaign in Negros and nearby provinces in the last 10 months. He will retire in 4 months. 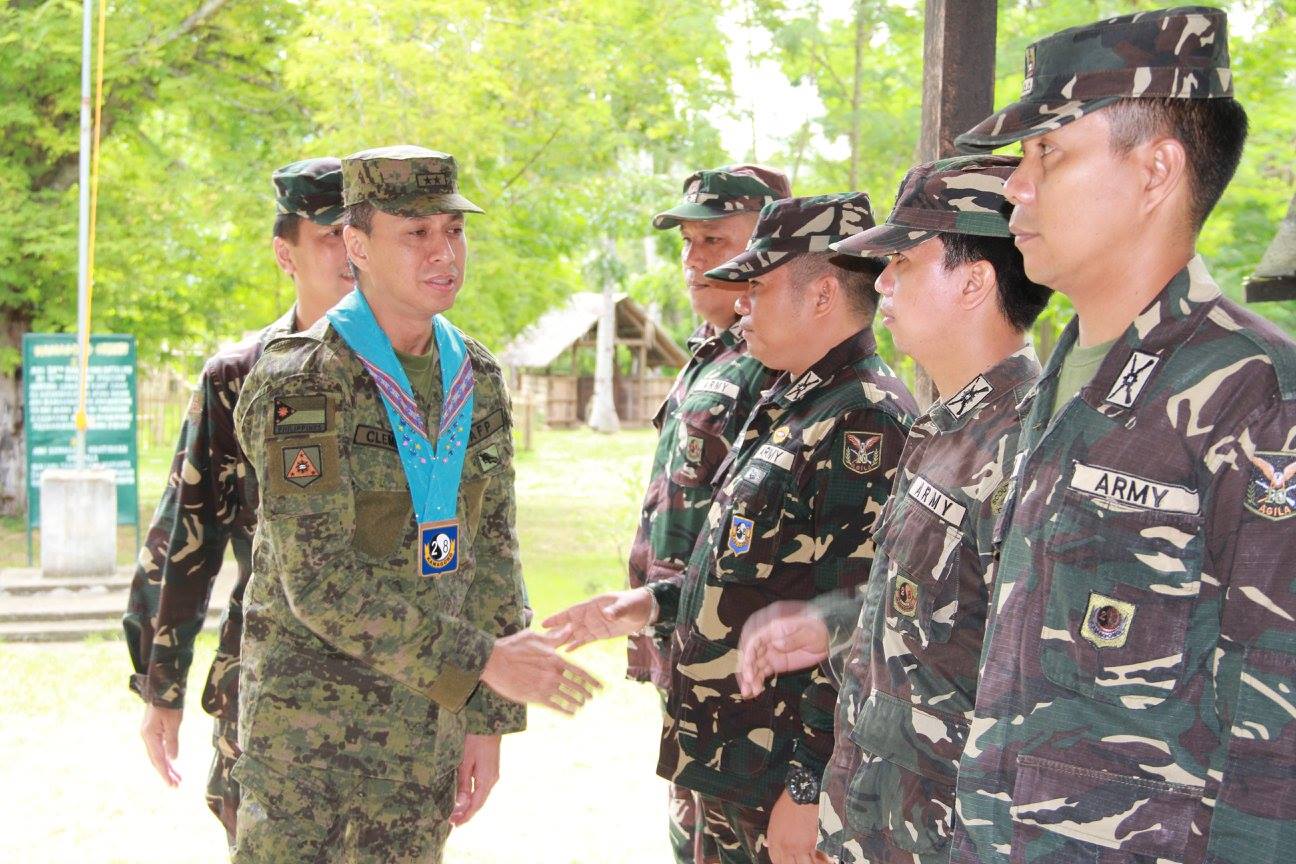 “One of the marching orders of the President is to continue the government’s goal to end the local communist armed conflict,” he said.

The 6th chief of staff to be appointed by Duterte in only 3 years, Clement is scheduled to retire in 4 months, or January 2020.

Clement replaces General Benjamin Madrigal, who will reach the mandatory retirement age of 56 on September 28. Both belong to the same class at the Philippine Military Academy – Class 1985 or the Sandiwa class.

The turnover ceremony will be on Tuesday, September 24.

Clement has had a long history battling communist insurgents in different parts of the country.

He was named chief of the military’s Central Command based in Cebu in November 2018. Under him, the military and the police mounted massive attacks against communist guerrillas on Negros Island and nearby provinces. (READ: Negros Oriental bloodshed: State-sponsored or insurgency-related?)

When the spate of killings escalated in July 2019 – 21 people killed in a span of 10 days – Clement was asked whether he would recommend placing Negros Oriental under martial law.

He declined, saying the security situation then was “still manageable.”

With Clement’s appointment, Duterte continues his preference for choosing military chiefs with short terms – something he shares with his predecessors.

On average, former president Benigno Aquino III appointed a new chief of staff every year throughout his 6-year term. Under Gloria Macapagal-Arroyo, at least 11 chiefs of staff were named in a little less than 10 years. (READ: Fixed term for AFP chief of staff: Why it’s needed)

At the rate he’s going, Duterte would have the most number of military chiefs in a 6-year presidential term (Arroyo was president for close to a decade because, as vice president, she served the cut-short term of then-president Joseph Estrada, who was ousted in 2001.)

Prior to leading Centcom, Clement was Commander of the Philippine Army’s 10th Infantry Division (10th ID), which has jurisdiction over the Davao region, including Metro Davao, from 2017.

A government report credits him with the “degrading of the New People’s Army’s (NPA) capability and support structure,” and reducing the number of NPA guerrilla fronts from 11 down to 4 as 10th ID commander.

Clement served as AFP deputy chief of staff for operations 2016 to 2017.

In 2015, he was assigned to lead the Army’s 602nd Brigade in North Cotabato, where he was in charge of battling the Bangsamoro Islamic Freedom Fighters.

Under the Arroyo government, Clement was the commander of the Army’s 56th Infantry Battalion in Bulacan when communist leader, Jonas Burgos, son of press freedom icon Joe Burgos, disappeared from a mall in Quezon City in April 2007.

Clement was among military officers investigated by the Philippine National Police Criminal Investigation and Detection Group for Burgos’ disappearance, but he was later cleared for lack of evidence.