Sep 21, 2019 7:18 PM PHT
JC Gotinga
Facebook Twitter Copy URL
Copied
The capability to launch an attack from the sea straight into land is basic and essential for militaries of coastal states, and the Philippines is now catching up with the acquisition of brand new amphibious assault vehicles 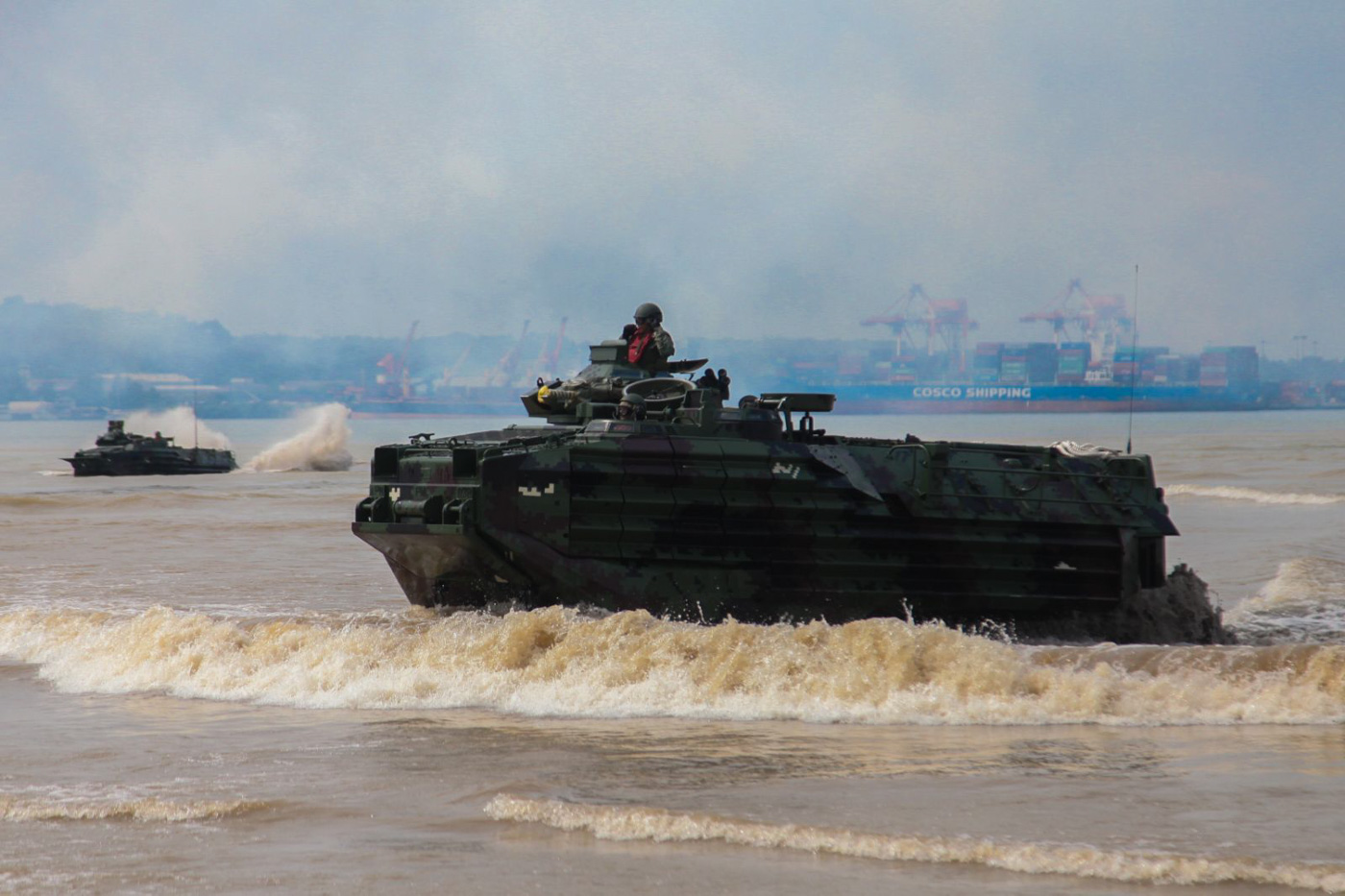 OLONGAPO CITY, Philippines – The scenario was a terrorist takeover of a coastal district. The enemy had blocked all roads and access points. By land, the area was isolated, cut off from any help from the world outside.

But there was the sea, broad and open. Of course, the enemy was watching it, too, and in order to retake the district, the military needed to get its troops quickly and safely to shore without being bombarded by enemy fire.

On the horizon, the hulking BRP Davao Del Sur (LD 602), a landing dock ship, opened its well deck to release 4 tanks straight into the water. The tanks maneuvered into parallel positions as they headed to the shore.

Along the way, the tanks spewed off steam – a smokescreen – to make themselves less visible from the air.

In no time, the tanks were surfacing on the beach, splashing their way to land until they reached the turf. Coming to a full stop, the tanks’ hatches opened into platforms, releasing Marine troops who immediately went into formation to launch their assault on the enemy and retake the district. 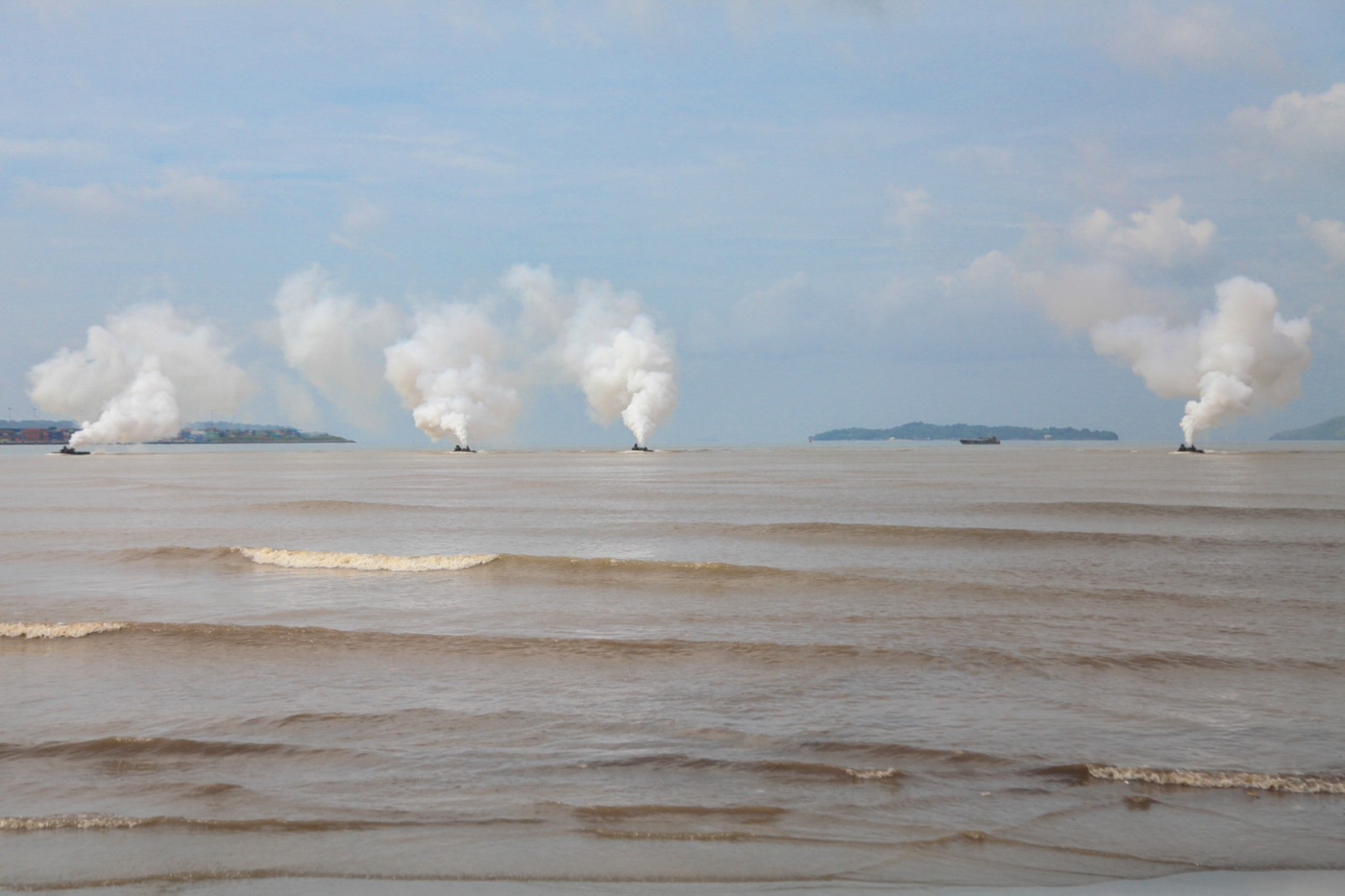 This is a basic capability among militaries of coastal states – an amphibious assault – and the Philippine military has long known how to do it.

But on Saturday, September 21, the Armed Forces of the Philippines (AFP) was, for the first time, able to demonstrate this capability using its own amphibious assault vehicles (AAV). (READ: LIST: The Philippine Navy’s upcoming vessels)

Whereas before, Filipino troops depended on joint exercises with foreign allies like the US for training in the use of AAVs, the 400 sailors, marines, and reservists who participated in Saturday’s drill said they felt proud and honored to have been the first to take the brand-new assets out for a spin.

The AFP recently acquired 8 AAVs from the South Korean defense manufacturer Hanwha Techwin at P300,000,000 each. The first 4 arrived in May, and the rest were delivered last August.

The AFP had amphibious assets before but they were dated and have long been decommissioned. They were not comparable to AAVs as they are known today. The 8 new AAVs are the military’s first state-of-the-art amphibious vessels.

Saturday’s exercises in Subic Bay, Olongapo City, which also included a helicopter airlift of casualties, were part of the third iteration of the “Dagat-Langit-Lupa” or DAGIT-PA joint exercises among the AFP’s 3 branches of service – the Army, Navy, and Air Force. 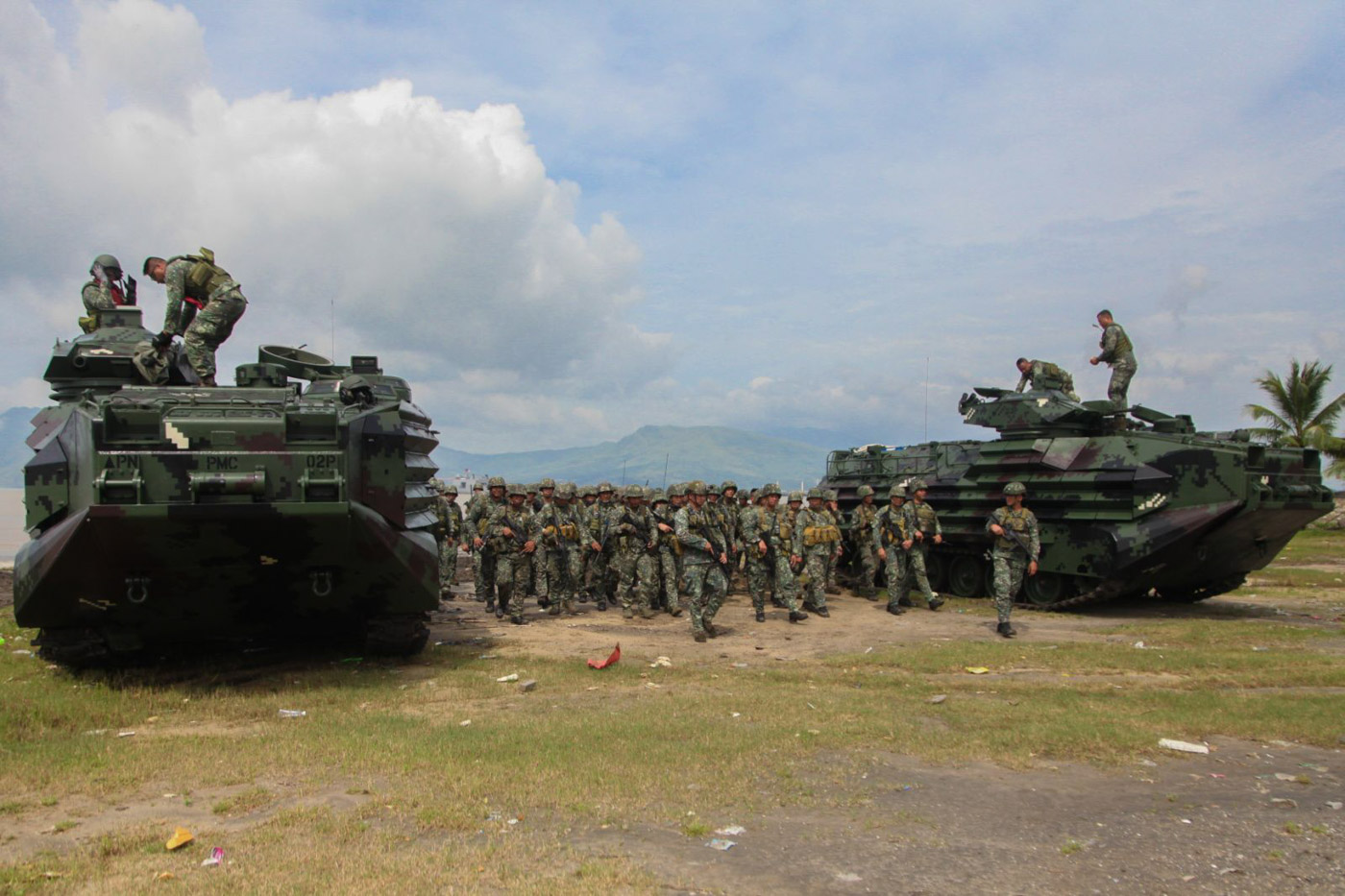 The drills kicked off on Monday, September 16, and will run until Friday, September 27. Aside from the amphibious assault, the joint drills include an air/maritime interdiction operation in Palawan, an airfield seizure and urban terrain combat in Nueva Ecija, and a combined arms live fire exercise in Tarlac.

The drills will involve some 1,500 military personnel, including reservists. Saturday’s amphibious assault exercise included a total of around 400 marines, sailors, and reservists.

“This enhances our amphibious operations capability, because as a marine corps, that is part of our forte. Now, anywhere in the archipelago, if we’re told to go and occupy it, we are ready to go and fulfill that mission,” Espinosa told reporters in a mix of English and Filipino after the drill.

First Lieutenant Marever Evans Taghap, acting commanding officer of the 76th Marine Company that carried out the exercise, noted the importance of amphibious operations in responding to natural disasters.

(We are divided into islands. We are a maritime nation. There are areas that are small, narrow. Our AAVs, they are very capable of accessing those areas to bring help to our communities affected by typhoons or any calamity.)

The AAVs were yet another installment of the years-long AFP Modernization Program aimed at giving the Philippines a credible defense posture amid security threats, particularly from China in the West Philippine Sea, and terrorists sneaking into the country through the Sulu Sea. – Rappler.com