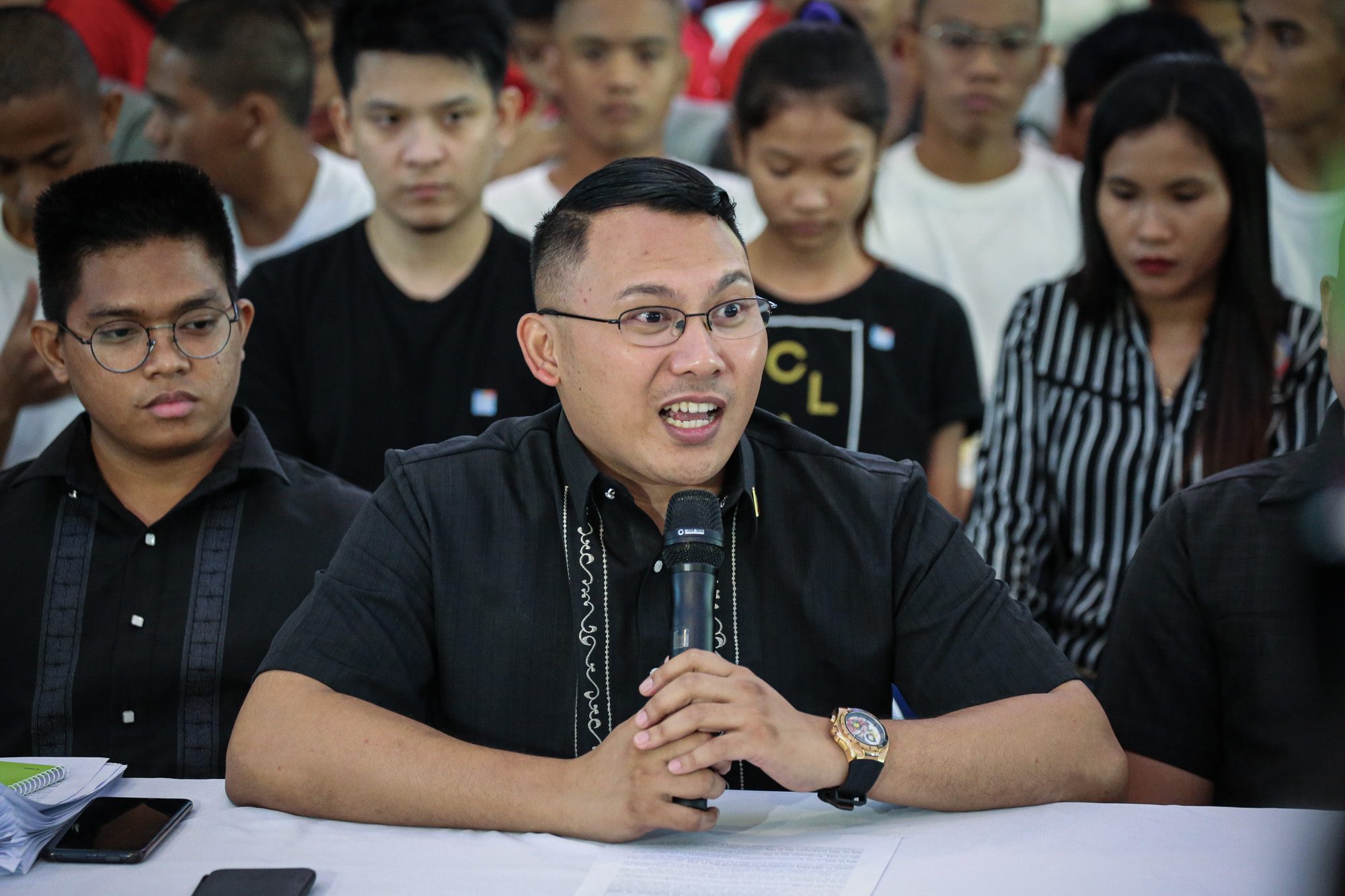 MANILA, Philippines – After backing out as Duterte Youth’s first nominee, embattled party chair Ronald Cardema has attempted to withdraw his earlier motion for reconsideration asking the Commission on Elections (Comelec) en banc to reconsider the cancellation of his nomination.

In a copy of Cardema’s withdrawal shared with media on Wednesday, Cardema said he wanted to withdraw his motion for reconsideration filed last August 16, considering the “rationale and arguments raised” in seeking the reversal of his canceled nomination were already “moot and academic.”

He argued that this was the case as he filed a notice of withdrawal as Duterte Youth’s nominee last September 17.

Why this matters: Cardema’s move is seen as an attempt to clear the way for the withdrawal of his nomination as Duterte Youth’s first nominee. Former poll chair Sixto Brillantes Jr and election lawyer Emil Marañon earlier opposed Cardema’s attempt to withdraw his nomination, saying the poll body must first rule on his motion for reconsideration, which asked the Comelec en banc to reconsider the cancellation of his nomination.

“There is already a ruling by the First Division…granting our petition to deny due course, in effect declaring his nomination as void ab initio (from the beginning). Technically, Cardema cannot withdraw what did not exist,” they said. (READ: Stretching the rules: Duterte Youth’s bid for Congress)

LOOK: Duterte Youth chair Ronald Cardema files a motion to withdraw his motion for reconsideration which asked the Comelec to reconsider the cancellation of his nomination @rapplerdotcom pic.twitter.com/cV4d0PCMNo

In his motion to withdraw his motion for reconsideration, Cardema claimed his latest move was “filed in good faith and is not intended to delay the proceedings of the instant case.” His decision to no longer pursue the reversal of his cancellation, Cardema said, was also “solely caused” by his earlier move to withdraw his nomination as Duterte Youth’s nominee.

The Comelec 1st Division had voted to cancel Cardema’s nomination on August 5, after he was found to be over the age limit required to represent the youth sector in Congress.

Based on Republic Act No. 7941 or the Party-List System Act, representatives of the youth sector must be at least 25 years old, but not more than 30 years old on Election Day. Cardema is 34 years old.