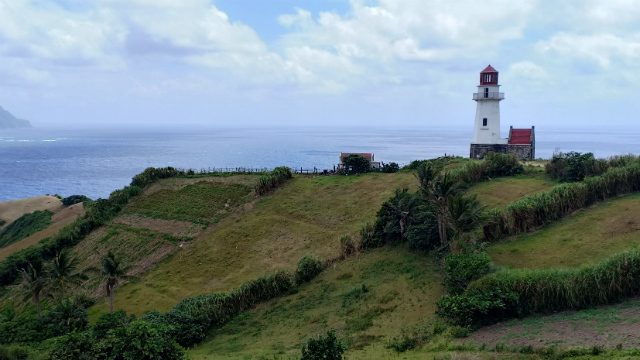 Facebook Twitter Copy URL
Copied
The national security adviser says this is a way to demonstrate ownership of these islands, including Fuga, where a Chinese company plans to build a ‘smart city’

MANILA, Philippines – The government plans to build 13 lighthouses on the Philippines’ northernmost islands, including one on which a Chinese company has proposed to build an industrial park, said National Security Adviser Hermogenes Esperon Jr.

“‘Di ba guide ‘yan for navigation? (Isn’t that a guide for navigation?) It’s for safety of life at sea,” Esperon told reporters on Tuesday night, September 24.

“There’s also a very benign but very profound significance – it’s yours,” he added.

The lighthouses will be built on the Batanes and Babuyan island groups off mainland Luzon “as soon as possible” at a cost of less than P20 million each.

The Batanes group includes Mavulis Island, the country’s northernmost land feature where the Philippine Navy recently set up an outpost and a shelter for fishermen.

The Babuyan group includes Fuga Island, where the Chinese company Fong Zhi Enterprise Corporation has agreed with the island’s Philippine owner, Isla Fuga Pacific Resorts, to build a “smart city” worth US$2 billion.

Esperon said he visited Fuga Island on September 14 for a “site inspection.”

Security officials have flagged the Chinese plan for national security implications as Fuga Island lies strategically on the cusp of the West Philippine Sea and the Pacific Ocean, and relatively near the Philippines’ maritime border with Taiwan.

The Chinese might also use the islands to stage “adverse actions” within Philippine territory, Lorenzana added.

Esperon on Tuesday reiterated a plan for a Philippine Navy detachment on Fuga Island, saying it is already “in the works.”

“Naval base, nasa considerations ‘yan (that’s being considered), probably a naval detachment or a rearrangement of a detachment,” Esperon said. – Rappler.com