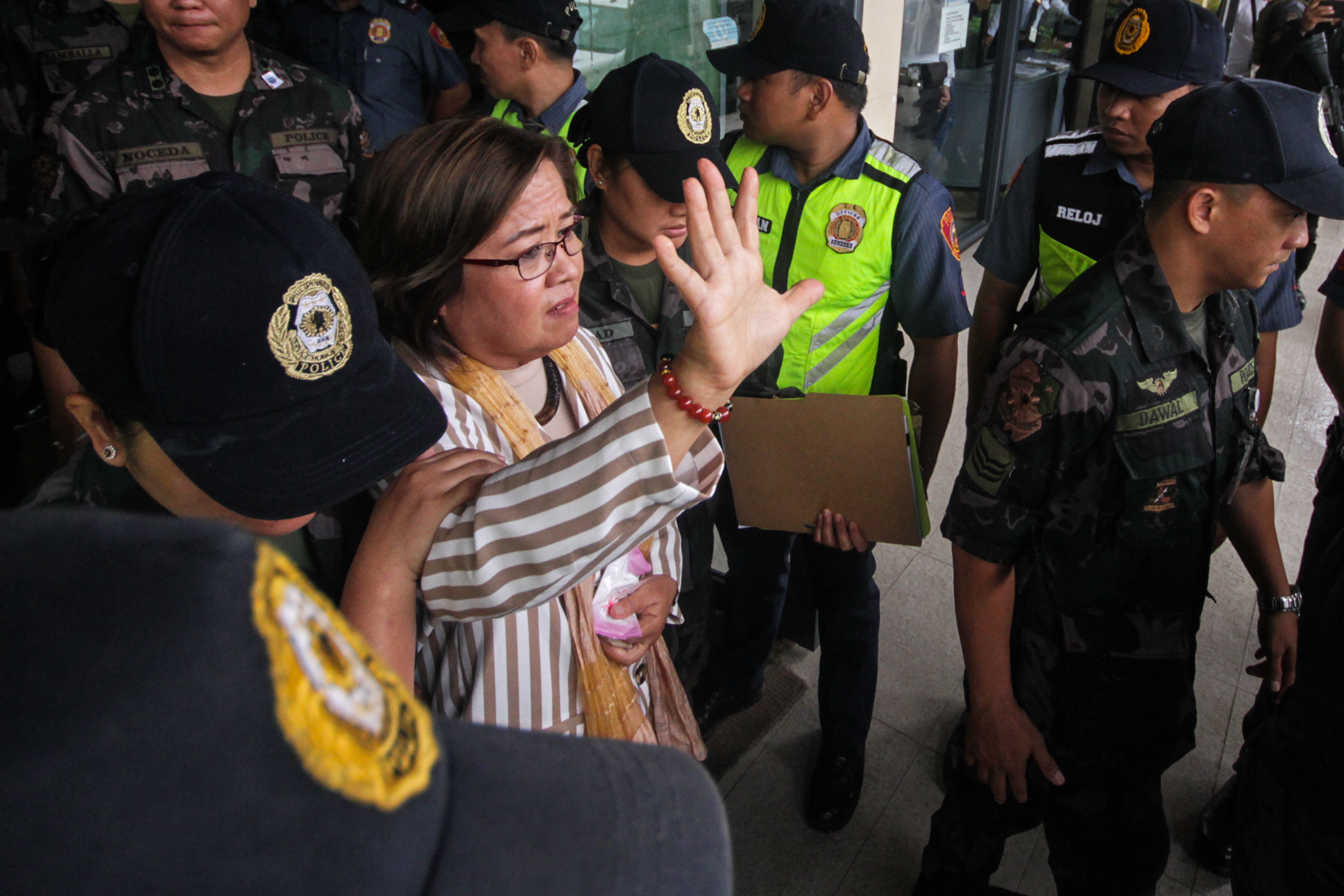 MANILA, Philippines – A US Senate panel has approved an amendment to a bill that would deny entry to those involved in the detention of Philippine opposition Senator Leila de Lima.

US Senators Richard Durbin (Illinois) and Patrick Leahy (Vermont) had pushed for the proposed amendment in the 2020 state and foreign operations appropriations bill tackled by the US Senate appropriations committee.

“Good to see the Senate Appropriations Committee pass my amendment with Senator Leahy today to prohibit entry to any Philippine government officials involved in the politically motivated imprisonment of Filipina Senator Leila de Lima in 2017,” Durbin tweeted on Friday, September 27.

“We must #FreeLeilaNow,” he added.

Good to see the Senate Appropriations Committee pass my amendment with @SenatorLeahy today to prohibit entry to any Philippine Government Officials involved in the politically motivated imprisonment of Filipina Senator Leila de Lima in 2017. We must #FreeLeilaNow.

What the provision says: The US Senate’s rare move to take action was included in the bill’s general provisions.

Specifically, the section “Prohibition on Entry” said the US Secretary of State “shall apply subsection (c) to foreign government officials about whom the Secretary has credible information have been involved in the wrongful imprisonment of…. Senator Leila de Lima who was arrested in the Philippines in 2017.”

The bill also seeks to fund “critical diplomatic and development efforts worldwide, provide security assistance for our allies around the globe, and support life-saving humanitarian and health assistance to people in crisis situations.”

Taking action: Durbin was among the 5 US senators who earlier urged the Philippine government to drop charges against De Lima. Along with US senators Edward Markey (Massachusetts), Marco Rubio (Florida), Marsha Blackburn (Tennessee), and Chris Coons (Delaware), Durbin filed a bipartisan resolution in April 2019 condemning the human rights violations in the Philippines.

The same resolution had also called on the Philippine government to “guarantee the right to the freedom of the press, and to drop all the charges against Maria Ressa and Rappler.”

Durbin had earlier said actions of the Duterte government showed it “continues to chip away at respect for fundamental freedoms and human rights.”

Meanwhile, Philippine Senator Francis Pangilinan lauded US Senate panel’s move, saying it was an “act of solidarity” not just for party mate De Lima, but for “all the murdered victims” of the Duterte administration’s anti-illegal drugs campaign.

The Liberal Party president added the US senators’ action was not considered  as an interference in the affairs of a sovereign state as “human beings everywhere – regardless of ethnicity, nationality, class, religion, or gender – must speak out against mass murder.”

De Lima, a fierce critic of the Duterte administration, has been imprisoned for over two years now over drug charges, which she asserts were fabricated by the government. (READ: De Lima in jail: ‘I never imagined Duterte would be this vindictive’) – Rappler.com