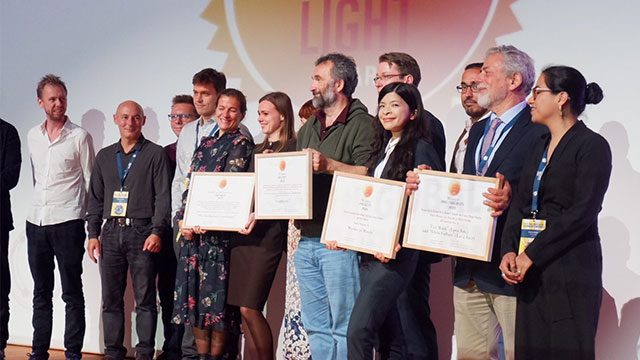 The award was given on Saturday, September 28, at the Global Investigative Journalism Conference in Hamburg, Germany.

The 7-part Murder in Manila series, published daily beginning October 4, 2018, focused on the local chapter of a vigilante gang in Tondo, Manila, whose members had been arrested for killing drug suspects and small-time criminals, including a 16-year-old boy.

The story was written and investigated by Patricia Evangelista, photographed by Magnum fellow Carlo Gabuco, with reports by justice reporter Lian Buan and police reporter Rambo Talabong. The investigative team, Newsbreak, is headed by editor and Rappler co-founder Chay Hofileña.

The 6-month investigation found strong indications that the police were outsourcing extrajudicial killings to the Confederate Sentinels Group — a group of force multipliers they had also accused of murder.

The series won alongside the #GuptaLeaks investigation by Daily Maverick from South Africa under the “Large Outlets” category, besting 10 other finalists.

The Global Shining Light Awards honors “investigative journalism conducted in developing or transitioning countries, done under threat, duress, or in the direst of conditions.”

Duterte’s violent drug war has been highly criticized for its high number of deaths.

More than 6,000 people were killed in police operations alone. Human rights groups, however, estimate the numbers could reach almost 27,000 to include victims of vigilante-style killings. (READ: The Impunity Series) – Rappler.com