Challenge accepted: Panelo to commute to Malacañang on October 11 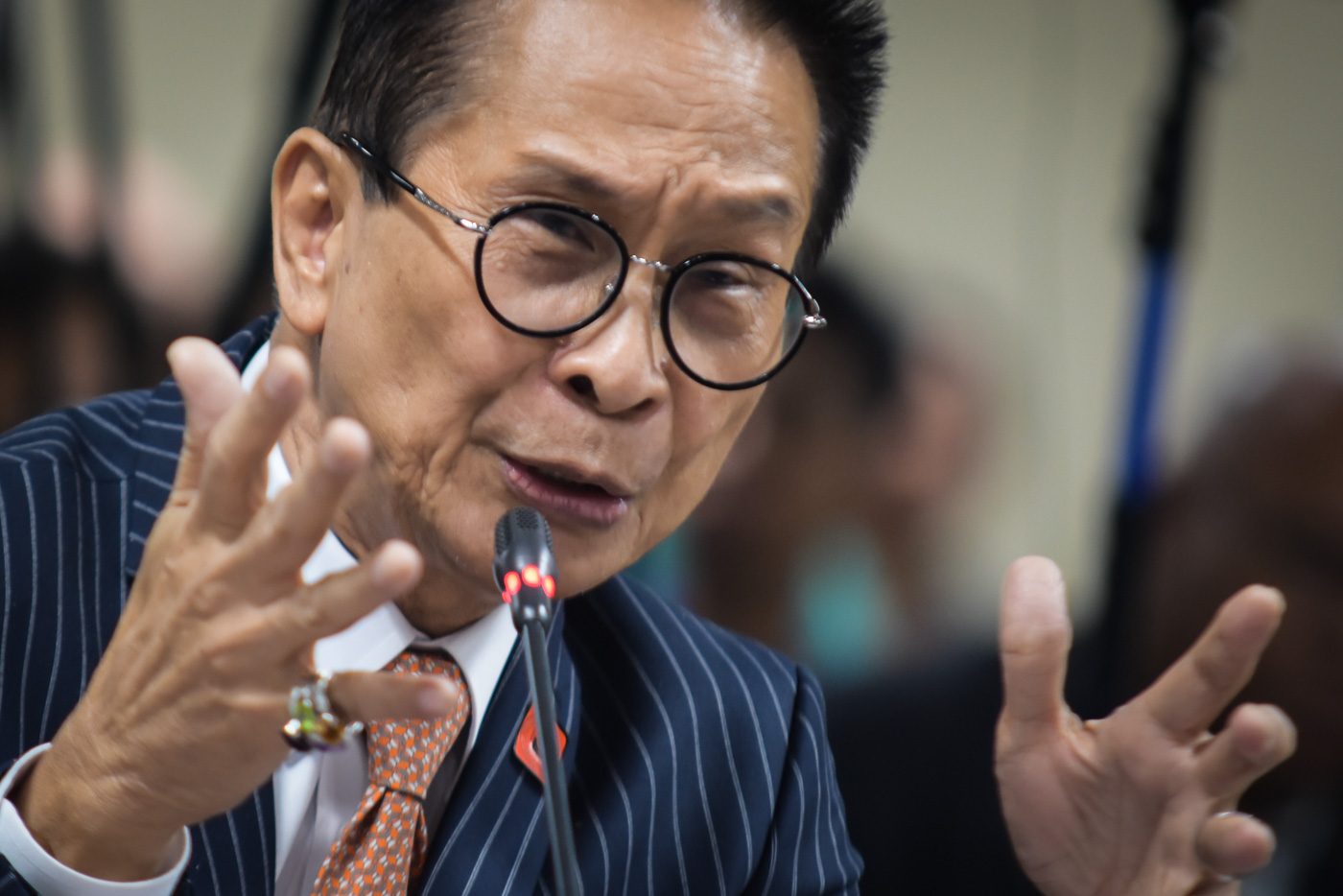 Facebook Twitter Copy URL
Copied
'The challenge to commute is accepted. This coming Friday, I'll take the jeepney and the LRT in going to work,' says Presidential Spokesperson Salvador Panelo

“The challenge to commute is accepted. This coming Friday, I’ll take the jeepney and the LRT in going to work,” he told reporters in a message Wednesday night.

Panelo lives in Marikina City. Marikina commuters can reach the San Miguel district in Manila where Malacañang is located via the Light Rail Transit Line 2 (LRT2).

If he pushes through with his plan, Panelo will be the second Duterte spokesman to take public transport as a media relations stunt. In 2014, under the administration of President Benigno Aquino III, then-presidential spokesperson Edwin Lacierda and deputy spokesperson Abigail Valte took the MRT rush challenge raised by netizens to public officials.

In November 2017, then spokesman Harry Roque took the Metro Rail Transit Line 3 (MRT3) amid breakdowns of the train line. Malacañang back then had promised a “better MRT3” under Duterte.

What challenge? Progressive groups like Anakbayan had called on government officials to try commuting in order to experience the daily hardships faced by Filipinos who cannot afford their own cars.

Panelo had been especially criticized after he had denied there was a mass transport crisis in the Philippines amid disruptions in LRT2 operations and hellish traffic jams experienced daily in Metro Manila. (READ: Biazon berates transport officials: ‘Be sensitive when people feel there is a crisis’)

“Wala. Kasi nga makakarating pa naman ‘yung mga dapat makarating sa kanilang pupuntahan,” he had said on Tuesday, October 8. (None. Because those who need to get some place still get to where they need to be.)

Panelo had also suggested a “solution” which to many critics appeared out of touch with the daily reality faced by Filipino commuters.

“If you want to go, arrive early in your destination, then you go there earlier,” Duterte’s spokesman had said.

On Wednesday, Panelo stood by his statement but at the same time admitted there’s a “crisis” in how commuters experience traveling around the metro.

“I stand by my statement: there is no mass transport crisis. The crisis is in the sufferance of commuters and motorists, while the other crisis is in the inefficient operation and maintenance of the LRTs,” Panelo said.

The spokesman insisted the Duterte government is addressing the transportation mess.

“This administration is doing its best to provide not just immediate but also long-term solutions,” he said.

Duterte has admitted failure in addressing EDSA traffic jams but has presented no plans to immediately address the current crisis.

Senators have asked the transportation department to provide a plan to justify the possible granting of emergency powers, but the plan submitted was a general transportation plan that was not limited to the EDSA traffic mess. – Rappler.com