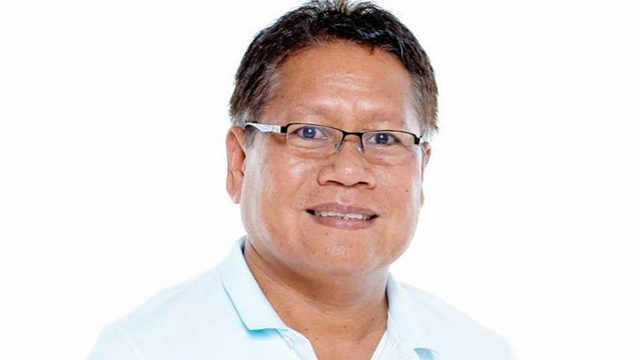 MANILA, Philippines – The Marino party will have a new congressman in the House of Representatives to replace its nominee who resigned shortly after the 18th Congress began.

In a statement on Sunday, October 13, the office of Marino Representative Sandro Gonzalez announced that the group’s 3rd nominee Macnell Lusotan will take his oath and assume his post as their 2nd representative in Congress on November 4, the resumption of sessions at the House.

Marino earned two House seats after winning in the 2019 party-list elections. However, back in July, its nominee Jose Antonio Lopez resigned from the party due to personal reasons. He was removed from the roll of House members a month later.

Lusotan is a substitute nominee, explained Marino. The original 3rd nominee was Carlo Pio Pacana. The group said the Commission on Elections (Comelec) recognized this as a substitution “compliant with Comelec rules and regulations.”

“We welcome the Comelec decision which paves the way for Congressman Lusotan to assume the second seat that the people have given our party-list [group],” said Gonzalez.

“[On] behalf of all the members of [Marino], I thank the Comelec for recognizing the will of the people while at the same time upholding the rule of law in effecting this substitution.”

Lusotan thanked Marino for its trust and confidence in him.

“I assure all stakeholders in the maritime industry that with my assumption, the party-list [group] will be twice as effective in the performance of its duties,” he added. – Michael Bueza/Rappler.com