“For me, call a universal boycott of all Dreamworks productions from here on,” Locsin tweeted on Tuesday night, October 15.

The top diplomat issued the remarks after Vietnam revoked the license of children’s film Abominable on Monday, October 14, over objections to the use of China’s 9-dash line. Photos of the now-controversial scene in the movie had circulated online with social media users quick to point out the appearance of a map which depicted China’s infamous U-shaped line in the South China Sea.

China uses the 9-dash line on its maps as an attempt to legitimize its claims over vast expanses of the resource-rich South China Sea, now considered to be one of the most volatile maritime areas in the world.

The film was a joint production between DreamWorks and China’s Pearl Studio, which told the story of a Chinese teenager helping a yeti return to his home on Mount Everest.

Like Vietnam, the Philippines has claims in the South China Sea which China refused to recognize. This, despite a historic 2016 Hague ruling which asserted the Philippines’ rights in the West Philippine Sea and invalidated China’s 9-dash line. Other claimant states include Taiwan, Malaysia, and Brunei.

What about cutting out that scene? You're a lawyer, on what ground can we ban—and which agency has that power—an implicit message, assuming any Filipino will assert his First Amendment right in the case? For me call a universal boycott of all @Dreamworks productions from here on. https://t.co/WXQmL2BDF6

Making a statement: In the same tweet, Locsin proposed to cut out the scene entirely while he sought the opinion of experts on grounds to possibly ban the film in the Philippines. Abominable though opened in theatres here on October 2.

Maritime law expert Jay Batongbacal – one of the Philippines’ foremost experts on the West Philippine Sea – said while he agreed banning the film could be a “slippery slope,” the Philippines should still push back against China’s “propaganda tactics.” 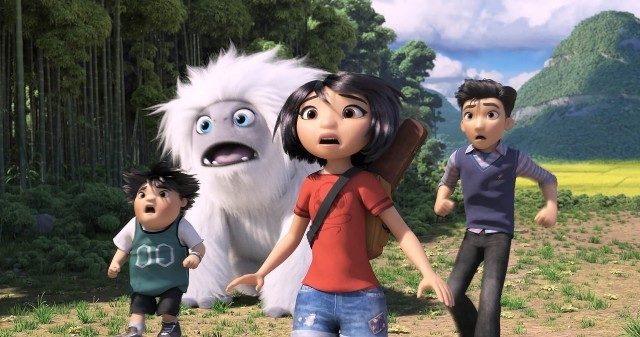 “If allowed to be shown without [the] offending portion, [a] call for boycott should still be made as a strong statement against such tactics, also so as to not contribute to CN (China’s) coffers by seeing the movie,” Batongbacal said.

Doing so, he added, would also send a message to US comapanies partnering with “Chinese propagandists to stop enabling such moves.”

Under Presidential Decree 1986, the Movie and Television Review and Classification Board (MTRCB) has the power to require the deletion of film portions for reasons such as being “injurious to the prestige of the…Philippines or its people.”

Despite this, Batongbacal said the Department of Foreign Affairs may recommend such action, which can be complemented by public clamor to protest the said portion of the film. – Rappler.com