Gordon hits Panelo: Why act as ‘spokesman of Albayalde’? 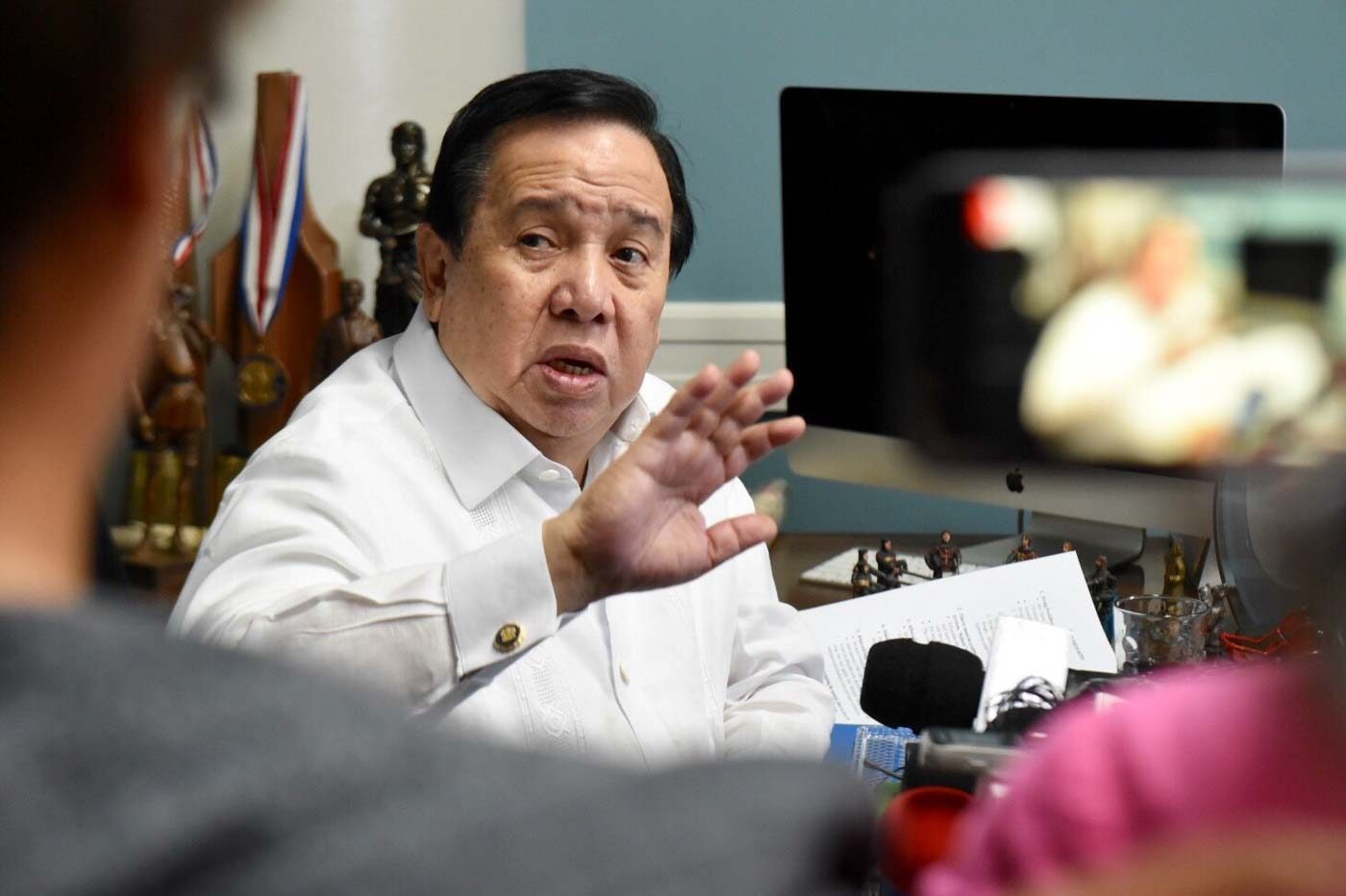 In a media interview on Wednesday, October 16, Gordon said Panelo should “respect” the Senate probe into Albayalde’s alleged involvement in the drug recycling issue.

Panelo had said on Monday, October 14, that he found the evidence against the ex-top cop weak, based on testimonies in Senate hearings.

In the marathon Senate hearings, ex-police generals Rudy Lacadin and Aaron Aquino had pinned Albayalde in the 2013 buy-bust operation involving 13 rogue cops when he was still Pampanga police chief.

Aquino said Albayalde had asked him not to implement the dismissal order against the 13 so-called “ninja cops.” Lacadin, meanwhile, recounted a phone call between him and Albayalde about the latter getting “little” from the buy-bust operation.

Albayalde admitted to calling Aquino, but maintained that he merely asked about the status of the cops’ case. He called Lacadin’s narration a “conspiracy.”

Albayalde resigned on Monday – weeks before his mandatory retirement on November 8. In his resignation letter, he denied involvement in the irregularities of the 2013 drug operation. He will still enjoy his retirement benefits as a 4-star general.

Gordon on Wednesday said that the Senate committee report on drug recycling will soon be out.

As Congress is still on break, Gordon said he will try to send a copy of the report to other senators, as well as those who are currently in Serbia for the 141st Inter-Parliamentary Union.

Senior senators Senate President Vicente Sotto III, Senate Minority Leader Franklin Drilon, Senate President Pro-Tempore Ralph Recto, and Senator Panfilo Lacson – who all conducted interpellations during the hearings – are in Serbia this week. Sotto on Wednesday said it is up to Gordon when to release the committee report.

The issue of “ninja cops” resurfaced on September 19, when retired police general and now Baguio City Mayor Benjamin Magalong bared in an executive session the involvement of the 13 Pampanga cops in the anomalous 2013 operation. Magalong said it was among the examples of drug recycling. – Rappler.com