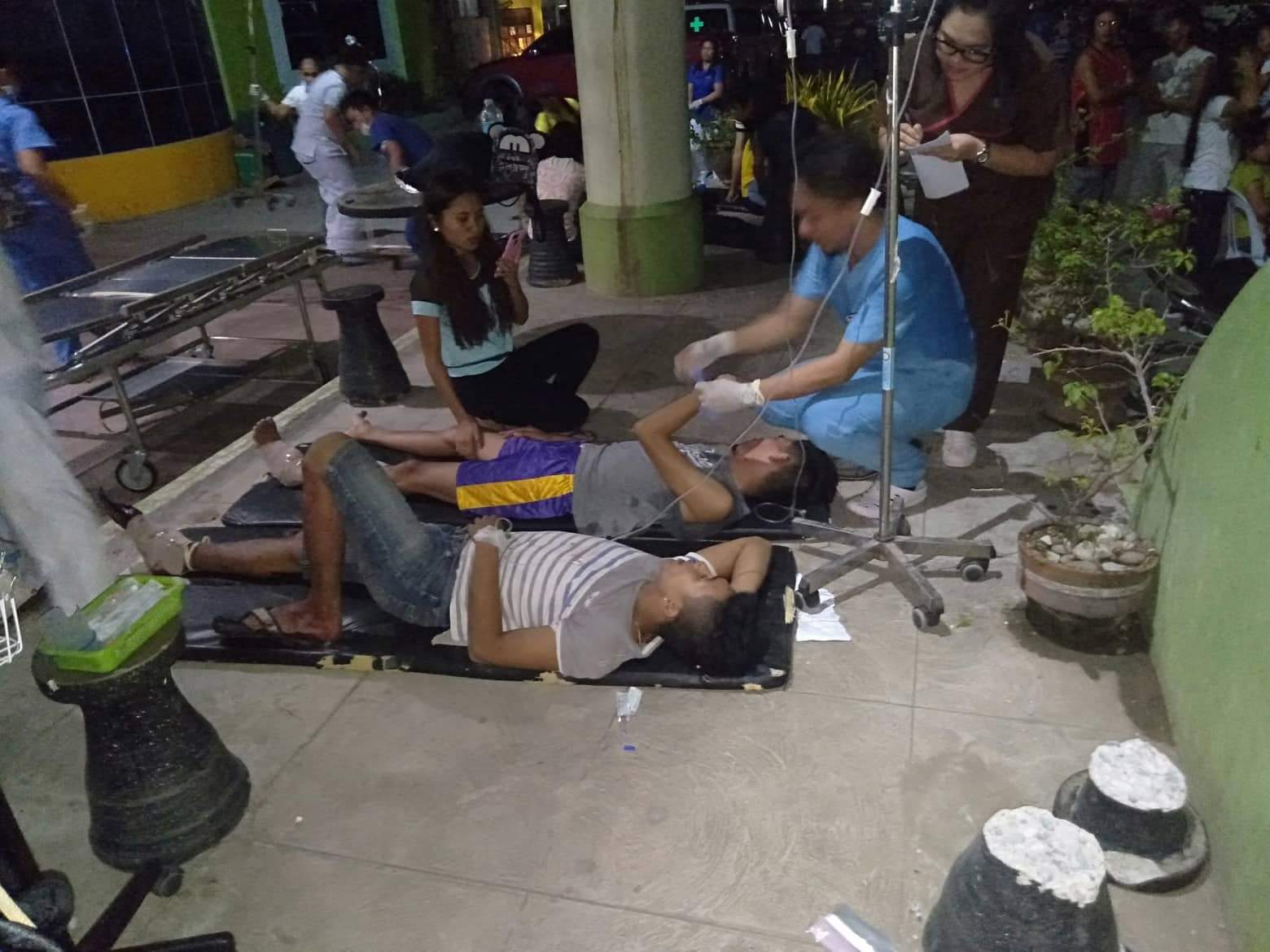 MANILA, Philippines (4th UPDATE) – A child was killed in a strong magnitude 6.3 earthquake that hit Cotabato on Wednesday evening, October 16.

The child died in a house collapse in the town of Datu Paglas, while 4 residents of nearby Tulunan town were injured when at least two other houses fell down, Tulunan Mayor Reuel Limbungan told Agence France-Presse (AFP).

“The child was crushed by a collapsed house wall” and pronounced dead in hospital, Limbungan said, adding that he had visited the medical facility and spoken to its director.

The earthquake, which was tectonic in origin, struck Tulunan, Cotabato, at around 7:37 pm at a depth of 8 kilometers. The United States Geological Survey, meanwhile, recorded the earthquake at magnitude 6.4.

In its bulletin issued past 10 pm Wednesday, Phivolcs said damage and aftershocks are expected following the earthquake. There were also reports of evacuations in Davao City, Digos City, and Cagayan de Oro City.

The Department of Energy said its Task Force on Energy Resiliency is now gathering data on the status of energy facilities. Rescue and local officials said there were no immediate reports of deaths elsewhere in Mindanao, and rescue official Anthony Allada told local television that 20 people were treated for injuries in the town of Magsaysay, near the epicenter.

“It was the most powerful earthquake I have ever experienced,” presidential daughter and Davao City Mayor Sara Duterte told local television.

An elderly man was treated for injuries after being struck by a falling object as a Davao mall was evacuated, local TV reported.

Jerome Barranco, civil defense officer for the region, said several people were also injured in the city of Kidapawan “as a result of falling debris”.

It was not known if there were still people inside the building, which was evacuated as the quake struck.

Coastal residents of Davao fled their homes in fear of a tsunami, but rescue workers were trying to convince them to return as no warning was issued, city civil defense chief Rodrigo Bustillo told local television.

“Our volunteers are out to calm the people and tell them there is no tsunami,” Bustillo added.

Chief Philippine government seismologist Renato Solidum said there was no risk of a tsunami because it occurred inland, but he advised residents to check their homes for possible damage.

“We ran out of the police station, and we also let the inmates at the municipal jail out,” patrolwoman Celina Sarte told AFP by telephone from the town of Bansalan.

She said the 10 prisoners were put in handcuffs outside moments later. – with reports from Agence France-Presse/Rappler.com