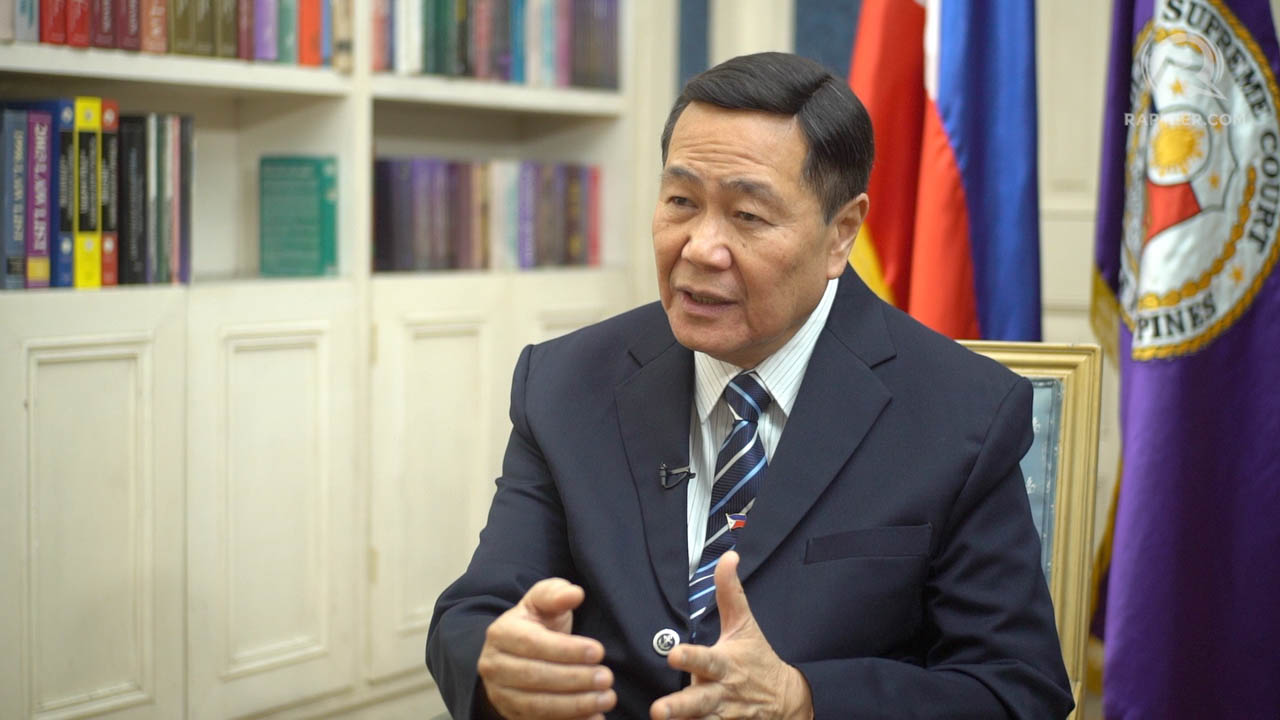 MANILA, Philippines – It may have earned him the wrathful ire of President Rodrigo Duterte but for Senior Associate Justice Antonio Carpio, defending the West Philippine Sea is part of every citizen’s duty to protect Philippine territory.

In a Rappler Talk interview with Rappler editor-at-large Marites Vitug, Carpio said that when he penned the decision that upheld the constitutionality of Republic Act No. 9522 or the baselines law, in 2011, he knew that the Philippines had a fighting chance against China if it asserted its rights in the West Philippine Sea in the legal arena.

“It’s the duty of every citizen to defend the country in the best way he can and because I have studied this issue when I was ponente of the [2011] case on baselines law, I saw that there was an opening to question China’s 9-dash line legally,” Carpio said in the interview a week before his retirement on October 26.

“And because it was a legal approach, I felt that I had the competence to convince the government to do it. And that is why I did it – because everybody should defend the Philippine territory and maritime zones. There is no exception,” he added.

Carpio played a pivotal role in securing the Philippines’ historic victory against China before the Permanent Court of Arbitration, which the Duterte administration has downplayed in exchange for loans and grants from Beijing.

For one, Carpio had lectured all over the world to convince other governments to support the Philippines’ position in the West Philippine Sea.

“When I first came out with this proposal in 2011 that we should bring China to a UNCLOS tribunal, people were saying: ‘Are you crazy? China has not done anything against us.’ Eventually when China seized Scarborough Shoal, they realized that it has to be done,” Carpio recalled.

“We don’t have military capability to defend Scarborough Shoal, our only defense is a legal defense to bring China to a tribunal,” Carpio said.

Carpio recalled how bringing China to international court seemed a “moonshot” but that “there was no other way to do it.”

For the Filipino people, the efforts of Carpio and others under the previous administration, gifted them with a permanent legal victory that cannot be altered no matter who the next Philippine president is.

Clashing with the President

But emerging from the silent halls of the Court often meant clashing with a popular President. Carpio and Duterte had repeatedly butted heads on the West Philippine Sea, with the President going as far as calling the justice “stupid”  for criticizing his policies.

Many also believed Carpio’s advocacy had in more ways than one cost him the chief justice post because he often clashed with Duterte on China policies – something which Carpio simply shrugged off.

As Carpio ends his 18 years in the Supreme Court, the justice had made headlines for his unwavering position on the West Philippine Sea and defense of Philippine territory and sovereignty.

The public can expect as much from him as he leaves the Court. Carpio said he planned to continue this as his primary advocacy.

“If you want your advocacy to bear fruit, you have to press on and continue despite all odds…. You just have to do what you think should be done,” he said. – Rappler.com