WATCH: Hazing inside the PMA barracks 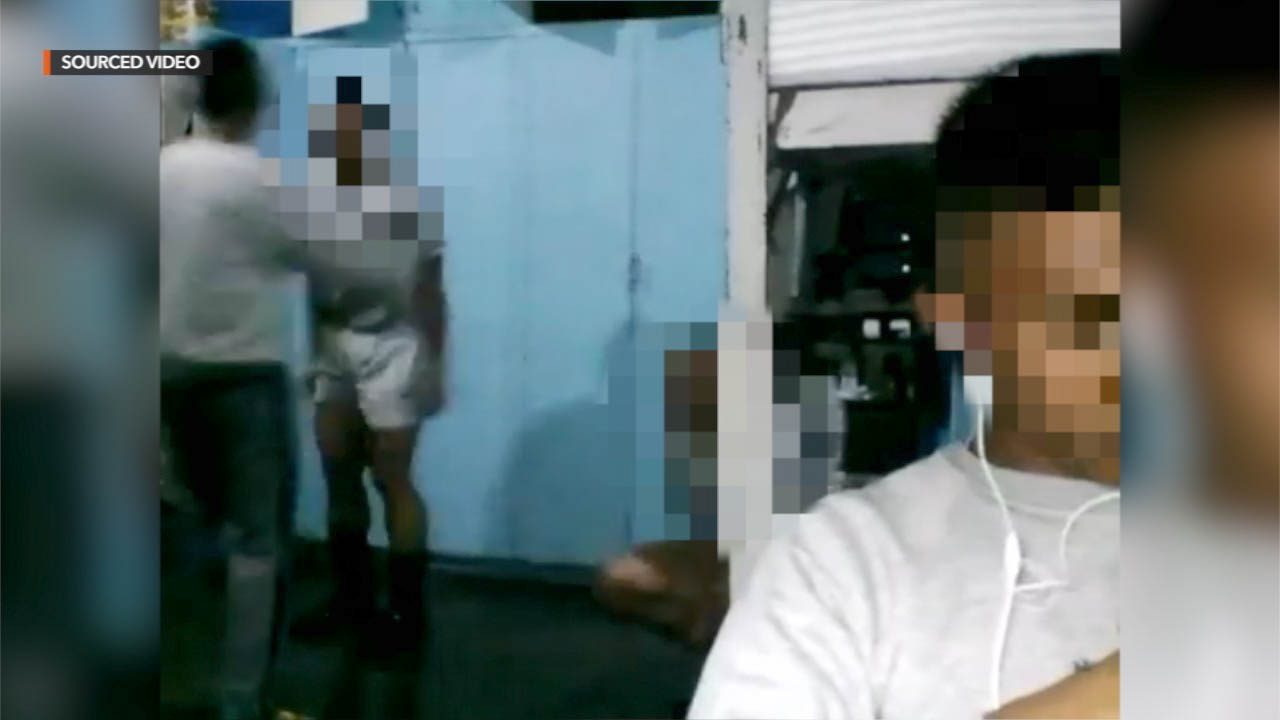 Facebook Twitter Copy URL
Copied
The videos prove that hazing 'happens in PMA,' the military says as it vows strong efforts to end the practice in the country's premier military school

BAGUIO CITY, Philippines – The Philippine Military Academy confirmed on Wednesday, October 23, the authenticity of two viral videos depicting its cadets subjecting fellow  cadets from a lower class to brutality and humiliation inside their barracks at the PMA campus, Fort General Gregorio del Pilar in this city.

One video, recorded in February 2018, shows two plebes forced to do squat thrusts in a room with two upperclassmen. One upperclassman was filming from what appeared to be a computer station while the other shouted orders to the plebes. That upperclassman then started mauling one of the plebes, punching and kicking him against the door. He also tried to strangle the plebe. The door opened twice as another cadet or officer inspected what was happening in the room.

Another video reportedly from 2017 shows 4 upperclassmen in a room with two plebes. Two of the upperclassmen took turns barking orders, manhandling, and beating up the plebes as the other two upperclassmen looked on, laughed, and goaded their peers to ramp up the cruelty.

“The offenses they committed were not and never will be sanctioned or tolerated in PMA,” the academy said in a statement sent to media by its spokesperson, Captain Cheryl Tindog.

“The PMA has time and again declared our strongest form of manifestation of serious and sincere drive to eradicate maltreatment. Cases have been filed, drastic actions are being undertaken, and the reforms are being instituted to rid PMA of maltreatment,” the PMA added.

Of the 6 upperclass cadets seen abusing plebes in the videos, 5 were transferred to the PMA holding center on Monday, October 21, as the academy investigates the incidents. The other cadet was already discharged from the academy in 2018 due to an Honor Code violation, Tindog said.

The two videos made the rounds of social media weeks after Cadet 4th Class Darwin Dormitorio died of injuries sustained from hazing and torture in the academy on September 18.

The case brought public attention to the lingering practice of hazing in the PMA despite its official prohibition, and the fact that it is a crime.

The academy’s superintendent, commandant of cadets, and other officials resigned in the aftermath of Dormitorio’s death, and its new officials have promised reforms and strong efforts to end hazing once and for all.

Most existing CCTV cameras were focused on hallways, Brawner said, which did not cover “blind spots” such as ledges where some cadets pass through to avoid detection.

However, cadets’ rooms and shower stalls will not be fitted with CCTV cameras, Brawner said.

But as in the case of Dormitorio and the incidents shown in the two videos, hazing was done in cadets’ rooms.

PMA ‘not a perfect organization’

The Armed Forces of the Philippines (AFP) on Wednesday acknowledged the videos, saying they confirmed that “maltreatment happens in the PMA” but that they “do not represent the entire training” in the academy.

“Maltreatment is neither sanctioned nor tolerated” in the country’s premier military school, AFP spokesperson Brigadier General Edgard Arevalo said in a statement.

“We appeal to the public to stop spreading the video. No one benefits from it. Both the Academy and the Dormitorio family have been severely battered with the stories that came out in the news. And showing videos of the said kind will only add insult to injury. Let us allow the family and the PMA to heal and the Corps of Cadets to learn from its mistake and move on,” Arevalo added.

“But by moving forward, the AFP does not mean simply advancing and forgetting the incident. We yearn to push forth having in mind timely dispensation of justice and positive changes for the Academy.”

“Once again, we declare that the PMA is not a perfect organization. She has in the ranks of the Cadet Corps misfits who need to be dealt with accordingly. Let’s allow to prosper the measures that have already been instituted and the changes that continue to be implemented to address the problem,” the military spokesman said. – Rappler.com