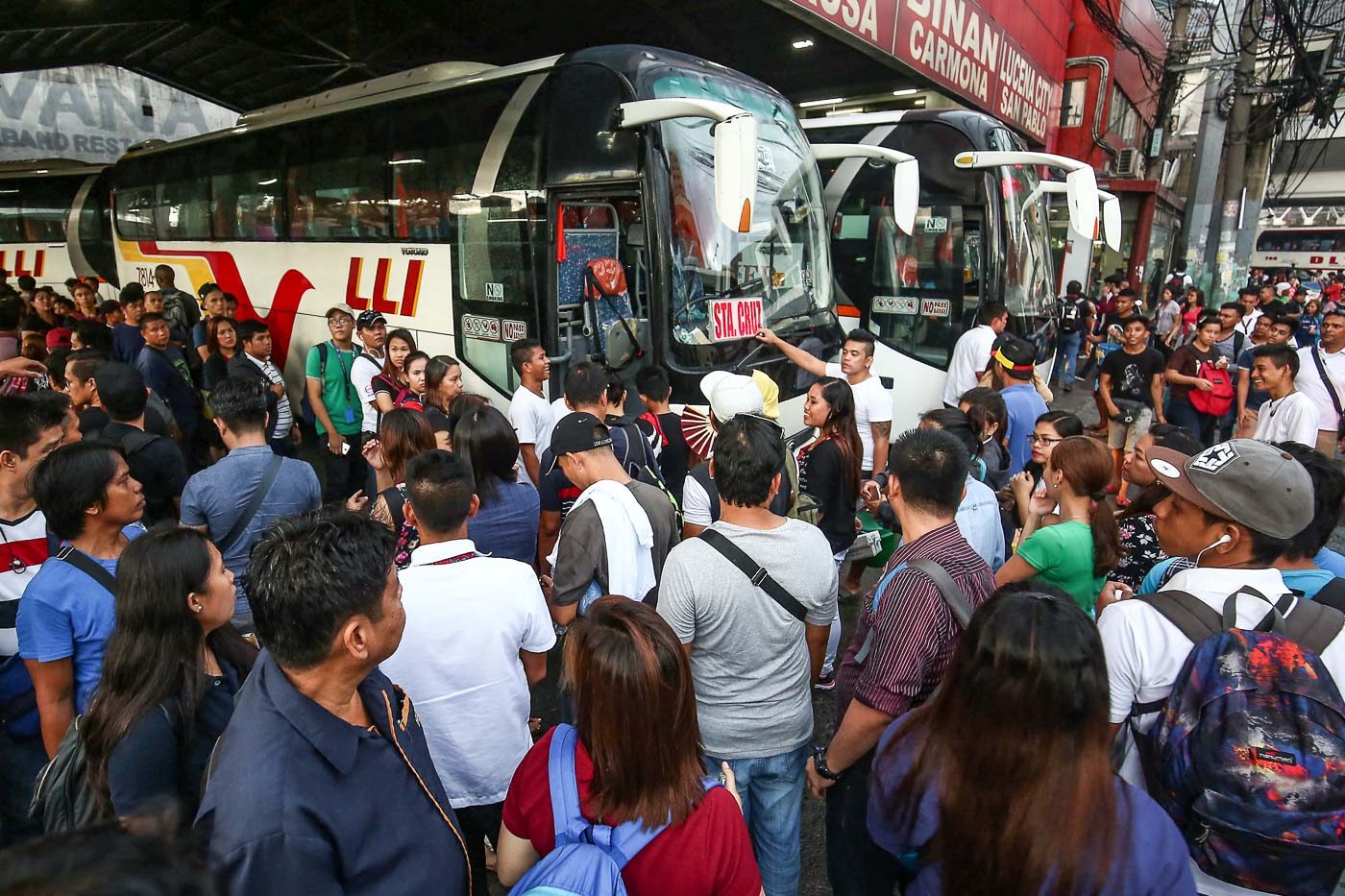 Facebook Twitter Copy URL
Copied
The permits will be valid from October 30 to November 3, to help provide ample transportation for those observing All Saints' Day in their provinces

MANILA, Philippines – The Land Transportation Regulatory and Franchising Board (LTFRB) has issued 855 special permits to public utility buses (PUBs) in anticipation of the influx of passengers during Undas 2019.

The permits will be valid from October 30 to November 3.

What can passengers expect from the PUBs and drivers? In a statement released on Wednesday, October 23, LTFRB Technical Division Head Joel Bolano said that the buses’ make and model should not be over 10 years old, and the vehicles should have updated insurance papers.

He added that operators should be clear of any summons or cases filed by the agency for them to qualify for a permit.

(Apart from these qualifications, we want to clarify that onlly 25% of operators per route can be given special permits. There is no favoritism here.)

Last year, the LTFRB also considered the thousands of commuters going home, monitoring if existing bus franchises were enough to meet the demand.

What else is being done? Malasakit Help Desks have been installed to assist passengers.

LTFRB transport inspectors have also put up advisories in terminals across the country, in cooperation with bus companies and terminal operators.

Ocular insections of terminals and garages began on Monday, October 28, in order to ensure that companies and operators are compliant with facility standards, including comfortable waiting areas and clean toilets, and proper security protocols.

Random inspections of units and franchise documents will also be conducted by the LTFRB along with the Inter-Agency Council on Traffic.

Initiatives such as Oplan Anti-Colorum and Oplan Isnabero will also be intensified, to rein in illegal public utility vehicles and abusive taxi drivers and operators.

Delgra also reminded bus companies and drivers to strictly implement discounts for senior citizens, students, and persons with disability; and to prioritize seats in terminals for the elderly, pregnant, and people with children in tow. – Rappler.com