LOOK: The first segment of the Cavite-Laguna Expressway MANILA, Philippines – Travelers passing along Laguna this Undas can now take an alternate route as the Cavite-Laguna Expressway (CALAX) will be opened on Wednesday, October 30.

The Department of Public Works and Highways (DPWH) announced the opening date on October 22, as an advisory to motorists hoping to pay respects to their departed loved ones.

The 4-lane, 45-kilometer tollway aims to decongest Santa Rosa-Tagaytay Road, Governor’s Drive, and Aguinaldo Highway. The first segment is expected to cut travel time from 45 minutes to just 10 minutes for an estimated 10,000 cars.

Aside from easing traffic, the CALAX is envisioned to be the most modern expressway in the country, featuring technology such as an automatic license plate recognition system, IP-based speed detection cameras, and high-definition CCTV cameras. These technological installments will enable more efficient and safer travels for motorists.

The DPWH and MPCALA Holdings broke ground for the expressway last March.

On the morning of Wednesday, October 23, workers were finishing the last portions of the first segment to be opened. DM Consunji Incorporated employees were also supervising the construction. DMCI is the contractor for the 18-km Laguna section of the CALAX. DPWH Secretary Mark Villar said the opening was timed to ease the expected traffic brought about by the long weekend of Undas. 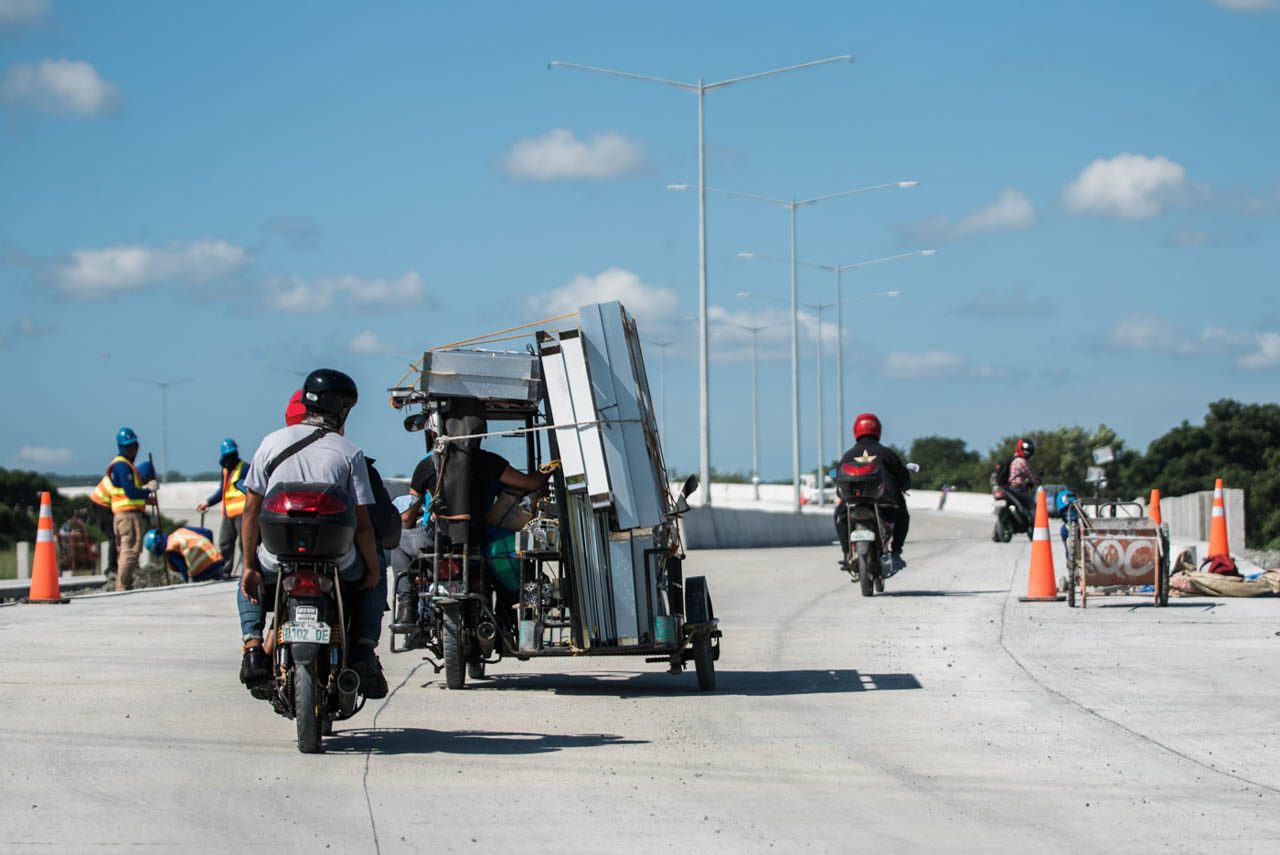 The expressway will initially open entry and exit points at Mamplasan in Biñan, Laguna, and Santa Rosa-Tagaytay Road.

Overall, the CALAX will have 8 interchanges, namely: The entire length of the expressway is set to be completed by June 2022. – Rappler.com