Oct 28, 2019 5:55 PM PHT
Pia Ranada
Facebook Twitter Copy URL
Copied
President Rodrigo Duterte says he wrote a letter to Vice President Leni Robredo where he says he is ready to give her powers over 'all anti-drug activities by the government' 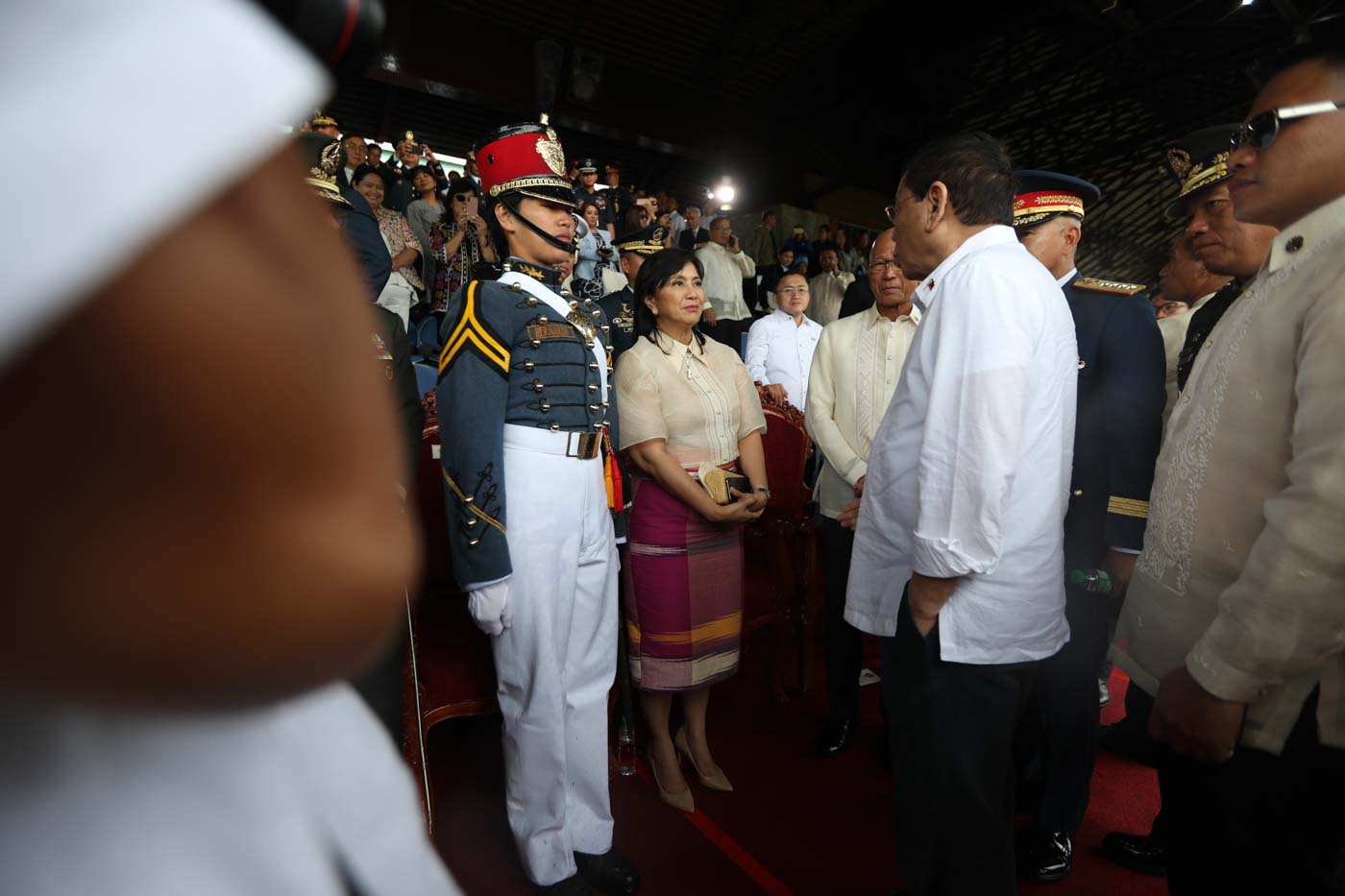 MANILA, Philippines – Philippine President Rodrigo Duterte claimed he will give Vice President Leni Robredo powers over all anti-drug activities for 6 months, smarting from her criticism of his crackdown on illegal drugs.

It’s not clear if the President is serious about the proposal or if he was only using it as a sarcastic jab against Robredo.

In an ambush interview, Duterte clarified that he specifically meant powers over all the government’s anti-drug programs and initiatives.

“Sinabi ko sa kanya (I told her), I’m ready to concede to you powers that would cover all anti-drug activities by the government,” Duterte continued.

Asked when he would turn over such powers to the Vice President, Duterte said, “Anytime.”

“If she wants them now, call her. I can talk to her tonight. I will order tomorrow, everyone should follow her in the matter of drug issue,” said the Chief Executive.

What Robredo said: The President’s jab was apparently triggered by Robredo’s remarks in an interview with Reuters.

Reuters quoted her as saying she wanted an end to the drug war and that the campaign, Duterte’s banner program, was not working.

The Vice President later on clarified that she did not want to stop any crackdown on illegal drugs, but said its implementation needed fixing, given the number of lives lost and anomalies hounding the Philippine National Police (PNP), which implements the campaign.

Robredo, the most prominent opposition figure, has been a vocal critic of many of Duterte’s policies, which led to her exit from the Cabinet in late 2016. – Rappler.com