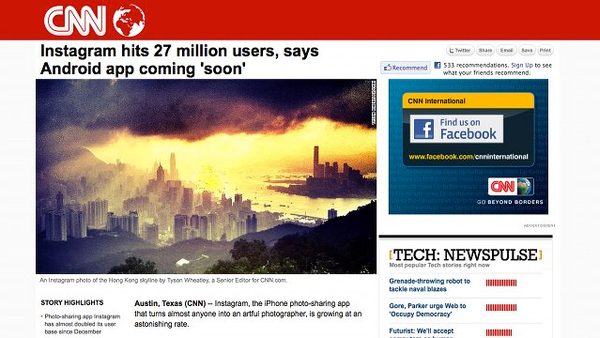 Seventeen months after its launch in October 2010 mobile photo-sharing app Instagram reached the 27 million user mark this month. And while the app has been iPhone-only all this time, Instagram Founder Kevin Systrom was seen showing off a demo version of Instagram running on Android at the recent South by Southwest (SXSW) Conference in Austin Texas. Systrom didn’t give any exact dates only that the app would be released, “really soon.”