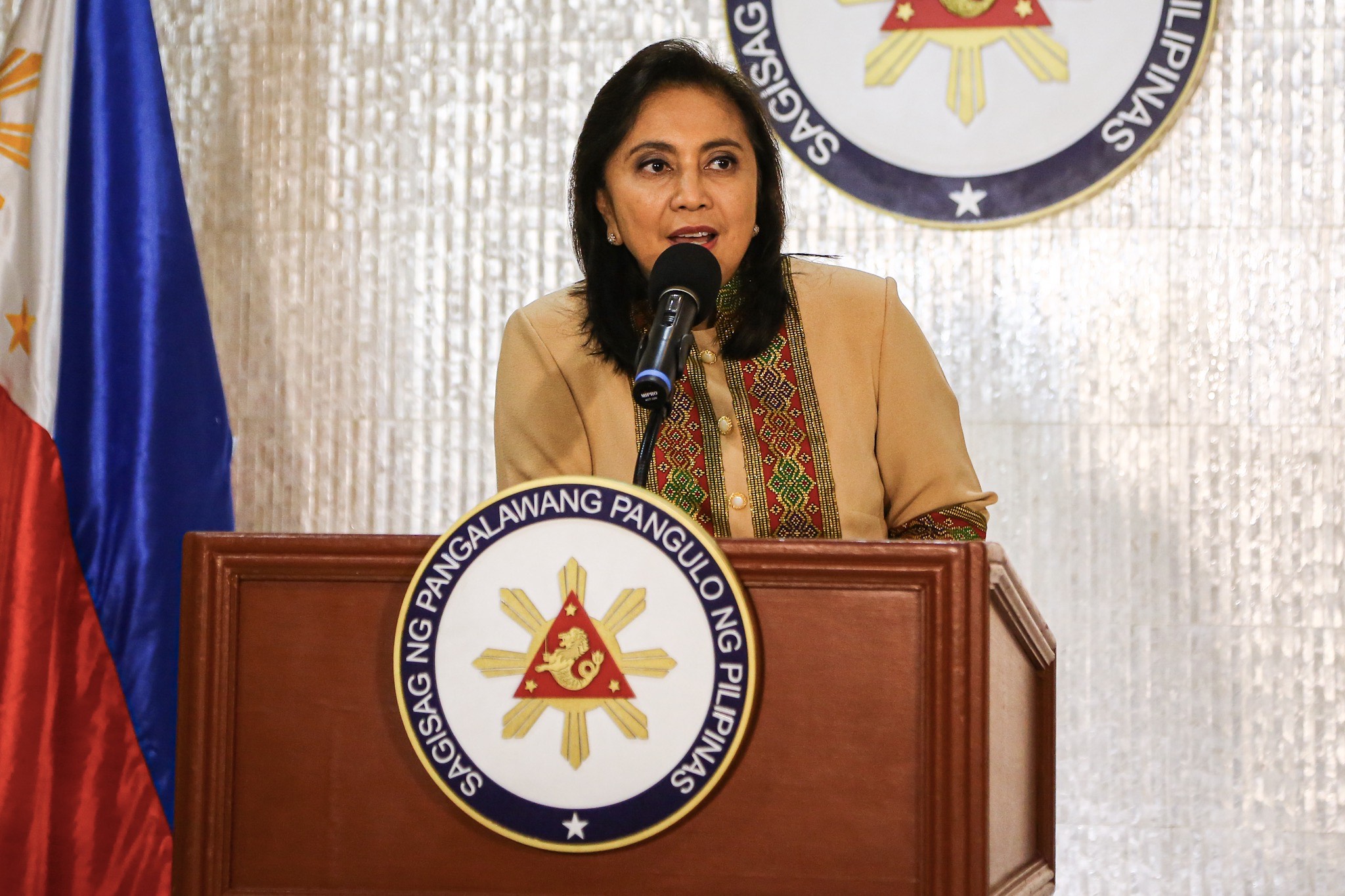 MANILA, Philippines – Vice President Leni Robredo reminded President Rodrigo Duterte that she would continue criticizing his bloody war on drugs even if she is now Inter-Agency Committee on Anti-Illegal Drugs (ICAD) co-chair.

“Kung iniisip niya na sa pagpayag na ito ay tatahimik ako, nagkakamali siya (If he thinks that this acceptance means I would now remain silent, he’s wrong),” said the Vice President during the same press conference where she announced her acceptance of the ICAD co-chair post on Wednesday, November 6.

(The President knows my position on the drug war: I am against the killing of the innocent and abuse by officials. He knows my criticisms. He knows what I plan to fix.)

The Vice President was initially wary of Duterte’s offer for her to lead the government’s anti-illegal drugs campaign, as he had done so after she said the drug war needs to be “tweaked” because it “was not working.”

But on Wednesday, Robredo said she decided to accept the job if doing so would mean she has a chance to save innocent lives.

She then told Duterte – the man who once belittled her capability to lead the country – that it is not too late for them to work together.

(Mr President, there are only two-and-a-half years left in your administration. It’s not too late. We can still work together.)

Robredo was once part of Duterte’s Cabinet as housing czar. But after she repeatedly criticized the drug war, the President shut her out during Cabinet meetings.

The Vice President resigned from the Duterte Cabinet in December 2016 and instead focused on her flagship anti-poverty program Angat Buhay.

Robredo and Duterte now only see each other during events of the military, which regularly invites the Vice President to its major events.

On working with PDEA chief, her critic

As ICAD co-chairperson, Robredo will now be leading the inter-agency body alongside Philippine Drug Enforcement chief Aaron Aquino, who already said she would surely “fail” if she leads the anti-illegal drug campaign.

On Tuesday, Robredo said she is hoping all the 21-member agencies of ICAD – which was created through Executive Order No 15 – would cooperate with her.

(This issue is no joke. We are serious when lives are at stake. They are asking if I’m ready for this job. But I ask them: Are you ready for me?)

Robredo’s spokesperson Barry Gutierrez said the Vice President will dedicate the next few days to figuring out how to work with Aquino. She will also be outlining her recommendations to improve the drug war.

“I cannot speak [on] that. These are details which would be threshed out in the coming days. I imagine at some point kailangan nilang i-resolve ‘yan between them (these are issues they have to resolve between them),” said Gutierrez on the working dynamics between Robredo and Aquino.

“But definitely, hindi aatrasan ni VP Leni ‘yong kanyang mandato dito (VP Leni will not back down from her mandate here), which is to be able to take action in order to fix what she perceives to be shortcomings in the drug war,” he added.

Robredo has been a staunch critic of Duterte’s bloody war on drugs, which has seen deaths of at least 5,526 drug personalities in legitimate police operations alone. Human rights organizations estimate the total death toll at more than 27,000, to include those killed vigilante-style. – Rappler.com