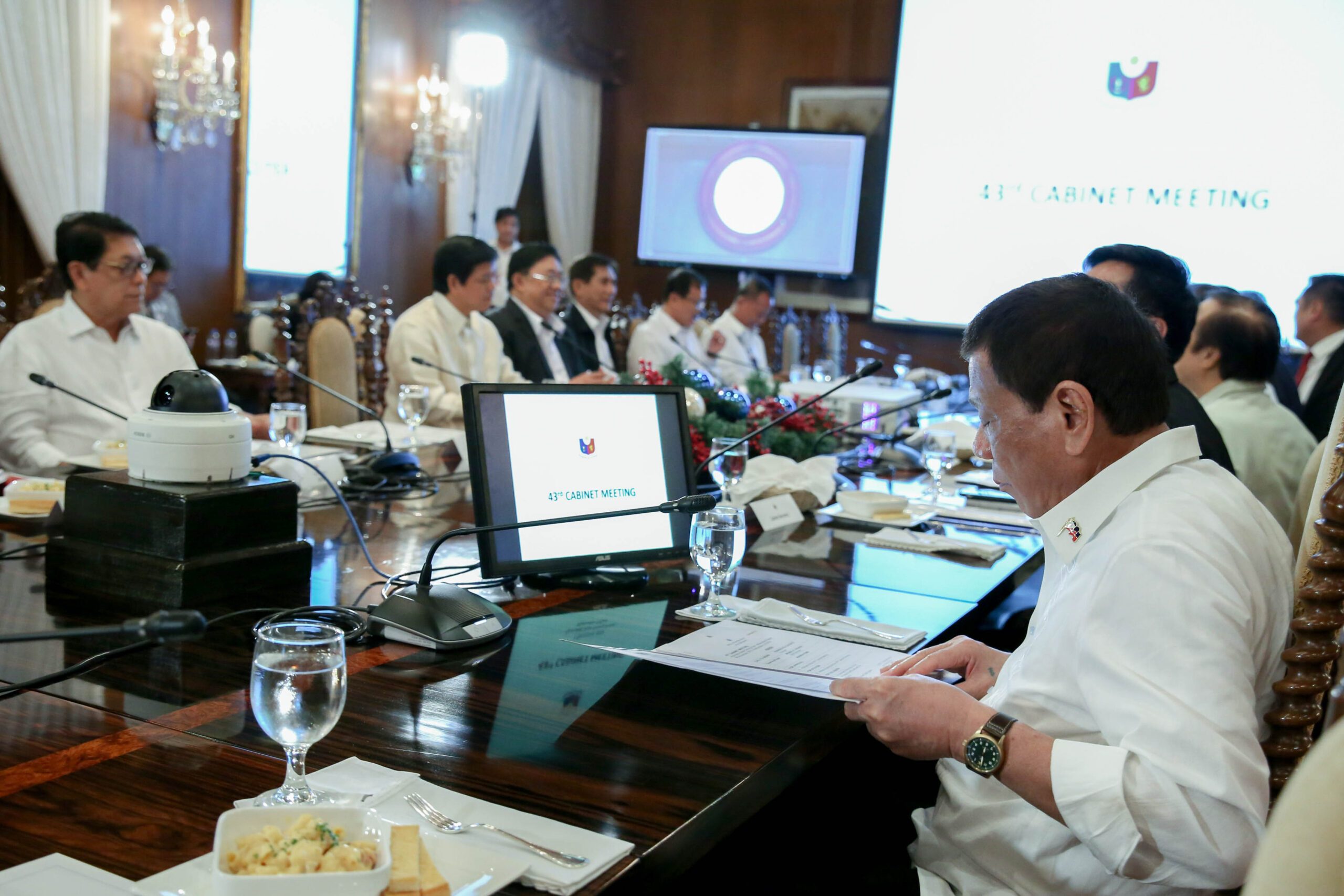 Facebook Twitter Copy URL
Copied
President Rodrigo Duterte floats the idea during a Cabinet meeting, but is still deciding which alternative materials can be used in place of single-use plastics

“The President floated the idea to ban the use of plastics, which according to him would require legislative action,” said Presidential Spokesperson Salvador Panelo on Thursday, November 7, in a statement.

He later on said in a press briefing that day that Duterte was “inclined” to ban plastics. But he could not give more details of the planned ban.

A source present at the Cabinet meeting said the ban being considered is one on single-use plastics and the policy would be enforced nationwide.

However, the President was still mulling what kind of material would be allowed to take the place of single-use plastics.

The source said options like biodegradable plastic and biodegradable paper were among those Duterte was considering. (READ: Sachet away: What’s lacking in our plastic laws?)

Plastics were discussed during the presentation of Natural Resources Development Corporation president and chief executive officer Vernice Victorio at the Cabinet meeting. She had been presenting priority programs for environment and climate change resiliency, said Panelo.

In 2015, the Philippines was found to be the 3rd biggest source of plastic waste in oceans globally, accounting for 5.9% of total mismanaged plastic waste in the world’s seas. – Rappler.com