Nov 14, 2019 2:53 PM PHT
Mara Cepeda
Facebook Twitter Copy URL
Copied
While Vice President Leni Robredo acknowledges the challenges on the ground, she says collecting the data is needed to determine whether the anti-drug campaign is effective 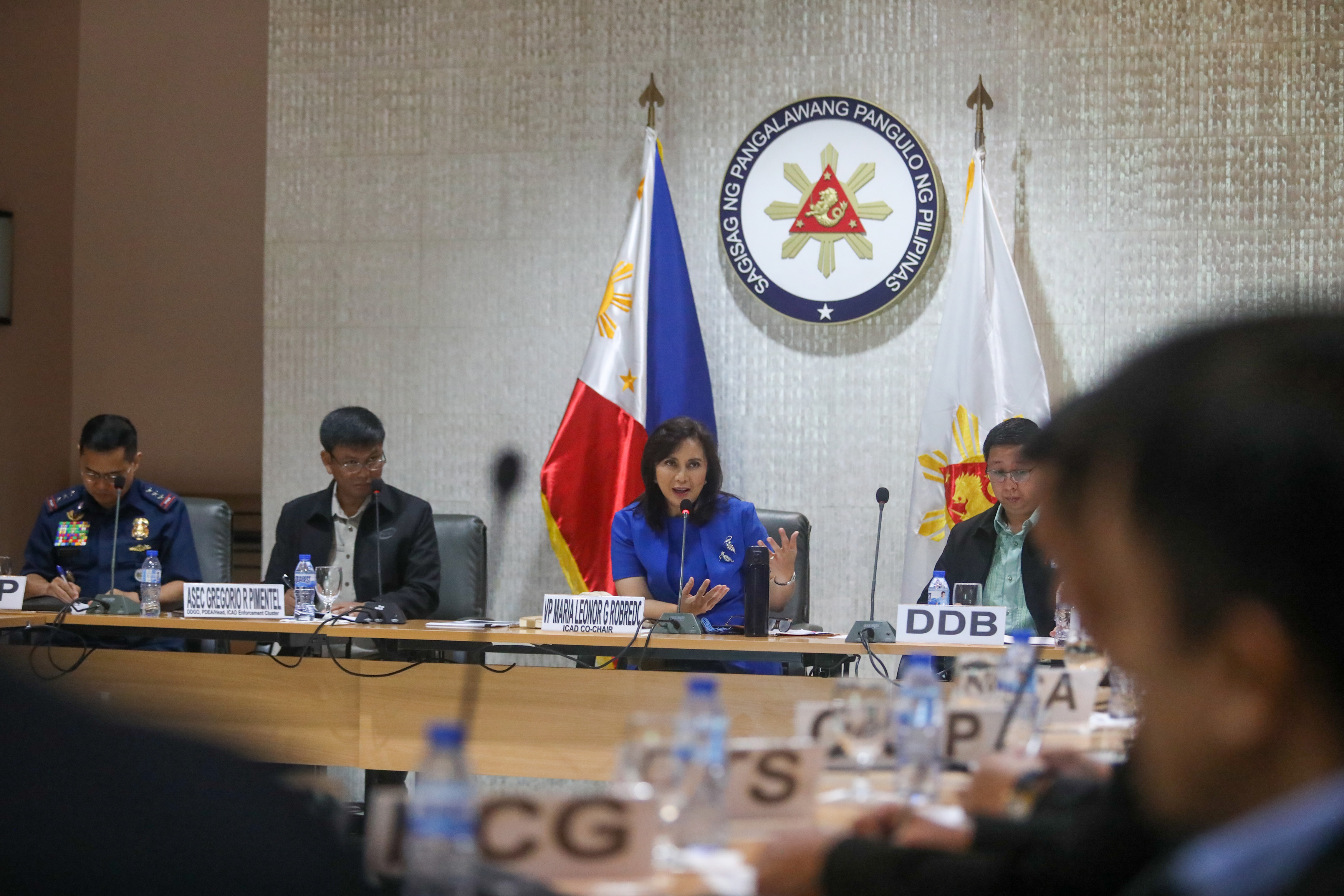 MANILA, Philippines – Vice President Leni Robredo on Thursday, November 14, gave her first directive to law enforcement agencies: Complete the government’s baseline data on the extent of the illegal drugs problem in the country

Robredo, as co-chairperson of the Inter-Agency Committee on Anti-Illegal Drugs (ICAD), met with the member agencies of the body’s law enforcement cluster and gave them until the end of the year to collate the data. (READ: Robredo: ‘Mother’s instinct’ made me accept anti-drugs post)

The Vice President, however, acknowledged it is difficult to complete this information, even if President Rodrigo Duterte has been waging his bloody war on drugs for over 3 years now. (READ: 5 fatal obstacles in Robredo’s target of a deathless drug war)

She said different agencies, like the Philippine Drug Enforcement Agency (PDEA), the Philippine National Police (PNP), and the Department of the Interior and Local Government (DILG), down to the local government units, have their respective drug lists.

(Like for example, you cannot avoid situations in the barangay wherein offiicals would put in names of their politial rivals in the list. So PNP and PDEA still need to vet those.)

Robredo, however, does not want to pin the blame on anybody for now.

(But for me, it should always be moving forward. We don’t have much time on our hands. I always say this: we only have two and a half years left. We need to double time.)

The Vice President plans to meet separately with officials from the DILG, the Dangerous Drugs Board, and the Department of Health next week as she pushes for a community-based rehablitation approach in the anti-illegal drugs campaign of the Duterte administration. (READ: Robredo opens ICAD meet: The enemy is drugs, not people)

On Wednesday, November 13, the ICAD co-chair met with officials from the United States government, which expressed its “full support” to help the Philippines fight drugs. – Rappler.com