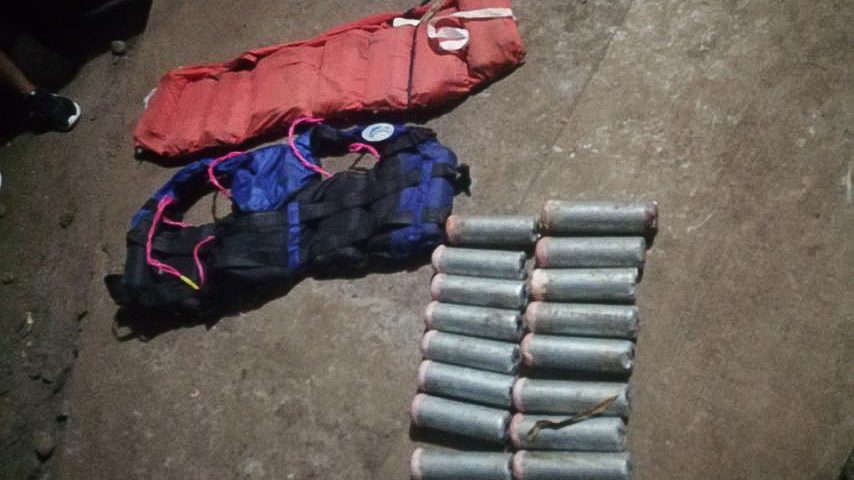 Police investigators found a 99.99% match between DNA samples from one of the male foreign suspects killed in a clash with Philippine Army troops in Barangay Kan Islam, Indanan town on November 5, and the woman who blew herself up near a military checkpoint in Barangay Kajatian, also in Indanan, on September 8.

The male suspect, identified as “Abduramil” or “Yousoph,” was earlier reported to be the son of the female bomber, identified as Reda Mohammad Mahmud. The military said Reda was involved in the 2017 Palm Sunday church bombings in Egypt, which killed at least 43 people and wounded 126 others.

The DNA of the other male suspect killed in the November 5 clash, identified as Baker Al Seddik a.k.a. “Abduracman,” did not match the sample from Abduramil, who was earlier reported to be his son.

The DNA test result “confirmed the intelligence report” that Abduracman was the stepfather, not the father, of Abduramil, while Reda was Abduracman’s wife, the military report said.

“[Reda], together with Abduracman and her son Abduramil, traveled to Mindanao via backdoor channel to seek refuge with the ASG in Sulu with the help of ISIS connections in Southeast Asia,” the military quoted Colonel Pablo Labra of the Sulu Provincial Police Office.

Late in the afternoon on Sunday, September 8, Army soldiers spotted the woman now identified as Reda walking “strangely” towards their checkpoint in Barangay Kajatian on the road to the provincial capital of Jolo. When the soldiers realized she could be a bomber, they ordered her to halt. She kept walking, prompting the soldiers to take cover behind a bomb-proof barricade. The woman then self-detonated, killing only herself.

On Tuesday afternoon November 5, Army soldiers at a checkpoint in Barangay Kan Islam flagged down 3 men on a motorcycle, who immediately started firing at them. The soldiers fired back, killing the 2 Egyptians – Abduracman and Abduramil – and their Filipino companion.

Soldiers recovered explosive vests, a hand grenade, and a gun from the dead terror suspects.

The military said the suspects in both incidents as well as in earlier suicide bombings in Sulu were working with the ASG faction led by Hatib Hajan Sawadjaan, whom the Philippine and US governments consider as the leader of ISIS in the Philippines.

The police and military have confirmed one case of a Filipino suicide bomber, Norman Lasuca, who attacked an Army camp in Indanan on June 28, along with another foreign bomber.

Several extremist groups in the Philippines are known to have links to ISIS, mainly the ASG factions under Sawadjaan and Basilan-based Furuji Indama, and a faction of the Bangsamoro Islamic Freedom Fighters under Abu Torayfie, also known as the Dawlah Islamiyah Torayfie Group.

The Mindanao region, which includes Sulu province, is under martial law until December 31, a measure to stem terrorism and other forms of violence put in place in May 2017, when the ISIS-linked Maute terror group laid siege to Marawi City.

Military chief General Noel Clement and Defense Secretary Delfin Lorenzana both said they were not keen on extending martial law in Mindanao for another year and that, if ever, they would limit its continued enforcement in critical areas like Sulu, in hopes of preventing ISIS from spreading beyond the southern enclave. – Rappler.com