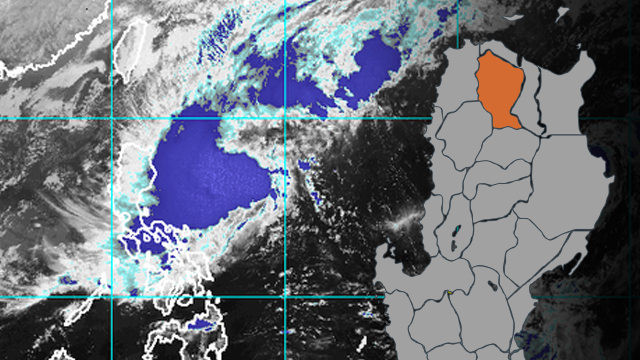 BAGUIO CITY, Philippines – Tropical Storm Ramon is knocking at the door of Northwest Luzon, but Apayao province has yet to recover from Quiel.

According to the Office of Civil Defense in the Cordillera, more than 100 barangays in the province are still reeling from the effects of the past storm. The 102 barangays – mostly in Calanasan, Pudtol, Kabugao, and Flora towns – comprise more than 30,000 individuals.

Among them, 828 Apayao residents are still in evacuation camps while 6,500 decided to stay with their relatives and friends.

Three people were recorded killed last week. The bodies of Board Member Tolentino Cacho Mangalao and Police Corporal Romel Gumidan were recovered 4 days after they were buried in a landslide in Kabugao last November 7. James Carag, the barangay treasurer of Kagarawan, Kabugao, was found two days after he was declared missing on November 10.

George and Teresa Pugyao and their son Caleb were injured and are now at the Ronald de Guzman Medical Center in Tuguegarao City. Forty-seven houses were reported damaged in Kabugao and Pudtol towns. As of November 11, 16 sections of the Claveria-Calanasan-Kabugao Road were closed due to soil slope erosion, particularly in Salagunting, Namaltugan, Carmela, and Tubungan sections.

Meanwhile, the Magat Dam reservoir in Isabela and Ifugao provinces spilled its waters Thursday, November 14, in anticipation of the heavy rains from TS Ramon. Engineer Eduardo Ramos, Magat Dam division manager, said that the dam water level had reached 191.26 meters, which was dangerously close to its spilling level of 193 meters. – Rappler.com