2 NPA members arrested after shoot-out with cops, army in Bukidnon 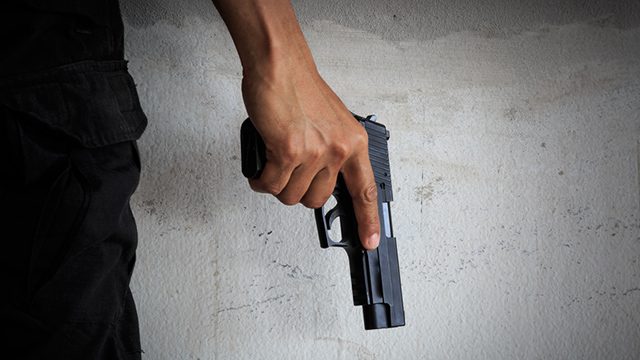 LANAO DEL NORTE, Philippines – Two suspected members of the  New People’s Army (NPA) from the Special Partisan Unit (Sparu) were arrested Thursday, November 14, in Valencia City, Bukidnon province after shooting it out with the police and personnel of the 88th Infantry Battalion and Military Intelligence Group.

Valencia City Chief of Police Lieutenant Colonel Kitt Sereñas said that around 2:30 pm Thursday, their office received a call from residents in Barangay Tongan-tongan about the presence in their area of 4 armed men onboard two motorcycles.

When the operating troops arrived, the 4 NPA Sparu suspects shot the law enforcers. “(The) shootout ensued which resulted in the wounding of the suspects who retreated to Mendez Rice mill while continuously exchanging gun shots with the responding troops,” Sereñas added.

With the suspects  holed up inside the rice mill, the troops conducted a tactical assault which ended in the arrest of the suspects. Police identified those arrested as Frederic Tagurda y Malong, or Rek-Rek, and Pedeng Matiknon y Mundol, or Santo. Their two companions were able to escape.

The police said the suspects were part of the Sparu Company “Thunder,” South Regional Command 2, Guerilla Front 6, North Central Mindanao Regional Command. The Sparu is a liquidation and special operations squad of the NPA, said the police.

The group gained notoriety in the 1990s for assassinations of government officials, police and the military. They are commonly called Sparrow, for conducting killings in a swift manner.

“They are also the extortionists of the NPA in the area,” Sereñas added.

The two are now in the custody of the Valencia CIty Police Station after undergoing medical checkup for minor wounds.

“Take advantage of the government program for rebel returnees and start a new life productive and free from fear,” Sereñas said.

The Communist Party of the Philippines and its armed component the NPA are waging the world’s longest communist insurgency in the world. – Rappler.com