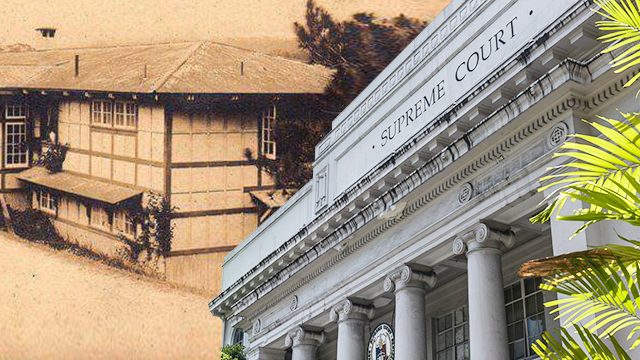 The Piraso claims include the Casa Vallejo property along Upper Session Road, while Abanag’s include the Pacdal Circle, Wright Park, and the city government’s titled property in Barangay Lualhati.

Although the 17-page decision was dated September 25, 2019, Baguio City Hall received it from the Office of the Solicitor General only last Tuesday, November 12. Acting Chief Justice Carpio granted the OSG’s petition for review and reversed the decision and resolution of the Court of Appeals dated January 15, 2013, that upheld the validity of the subject CALTs.

The High Tribunal also declared as “null and void” Resolution Nos. 107-2010-AL and 108-2010-AL of the National Commission on Indigenous Peoples (NCIP) that paved the way for the issuance of the titles O-CALT Nos. 129 and 130, including corresponding Transfer Certificates of Title Nos. and CALT Nos. covering 36 parcels of the lot.

The city government under former Mayor Mauricio Domogan, through the City Legal Office under Melchor Carlos Rabanes, since 2009 had sought the annulment of said CALTs along with those issued covering the claims of Lauro Carantes at South Drive, Ikang Paus at Green Valley, and at the Loakan Airport. The city government maintained that the lots are within forest and park reservations and therefore inalienable.

Local officials worked closely with the OSG to pursue the cancellation of the titles.

In annulling the CALTs, the Supreme Court court ruled that the NCIP “has no legal authority to issue CALTs or CADTs (Certificate of Ancestral Domain Titles)” over said properties as townsite reservation areas in the city.

It said Baguio City is not covered by the Republic Act No. 8371 or the Indigenous Peoples Rights Act by virtue of Section 78, which provides that the city “shall remain to be governed by its Charter and all lands proclaimed as part of its townsite reservation shall remain as such until other reclassified by appropriate legislation.”

However, the court ruled that the subject claims do not qualify under said exceptions, citing antecedent facts and court decisions that proved that “respondents were not among the original and additional claimants” over subject properties.

“The CALTs and CADTs issued by the NCIP to respondents are thus void,” it said.

Domogan, who led the fight to reclaim the lots, then sought the stoppage of the issuance of spurious CALTs over forest reservations.

In 2013, he bemoaned the fact that one-fifth of the city’s total land area had been covered by CALTS, including the irregular ones, as he sought the help of the national government then under President Benigno Aquino III. – Rappler.com