Duterte to ban use, importation of vape devices 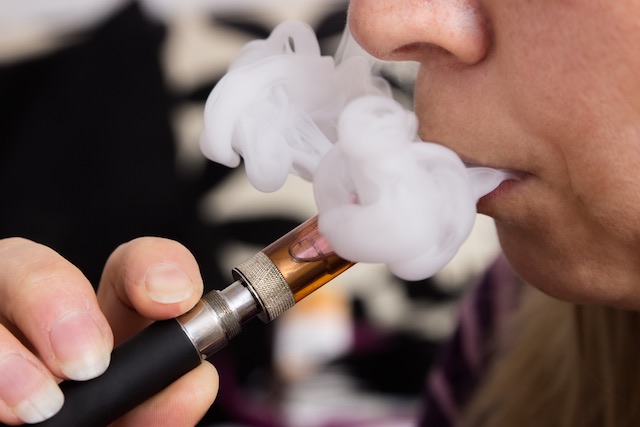 “I will ban it. I will ban it – the use and the importation,” Duterte said in a press conference on Tuesday night, adding his order is in line with the government’s power to issue directives that protect public health and public interest.

The President likewise ordered law enforcement agencies to arrest individuals who vaped or used electronic cigarettes in public, saying it “contaminated people” and was “dangerous.”

Asked if he would issue an executive order (EO) on the matter, Duterte said the EO will follow but that it was also not needed as he had the “urgent power” to order it banned.

“I’m ordering it. The EO will follow,” he said.

Duterte expressed his opposition to e-cigarettes, saying it contained unknown chemicals unlike cigarettes, which contained nicotine as its “confirmed deadly chemical.” Duterte himself has been known to be a heavy smoker in the past.

“Itong vaping sabi nila (They said this vaping) is electronic. Don’t give me that shit. Better stop it or I will order your arrest if you do it in the room,” he said.

What happened? The Department of Health (DOH) last November 15 confirmed the country’s first Evali case in a 16-year-old girl from the Visayas who had been using e-cigarettes for 6 months while also smoking regular cigarettes.

The dual-user patient was admitted to the hospital on October 21 after reporting severe shortness of breath. According to the DOH, the girl required oxygen supplementation and, eventually, admission to the intensive care unit. Doctors initially suspected the disease to be infectious, but confirmed it was Evali after further evaluation.

Following the incident, Health Undersecretary Eric Domingo advised no e-cigarette product be accessible to young children and adolescents “who are uniquely susceptible to the harms of e-cigarettes and nicotine.”

Domingo, who serves as the officer-in-charge director general of the Food and Drug Administration, further said non-users should refrain from trying e-cigarettes altogether.

Despite Duterte’s latest order, the DOH faces a temporary setback in its implementation of an administrative order that regulates e-cigarettes, following the issuance of court injunctions against DOH Administrative Order (AO) No. 2019-0007.

The AO, released on June 14, requires manufacturers, distributors, and sellers of e-cigarettes to first secure a license to operate from the Food and Drug Administration before going into business.

The matter is still being heard in court. – Rappler.com