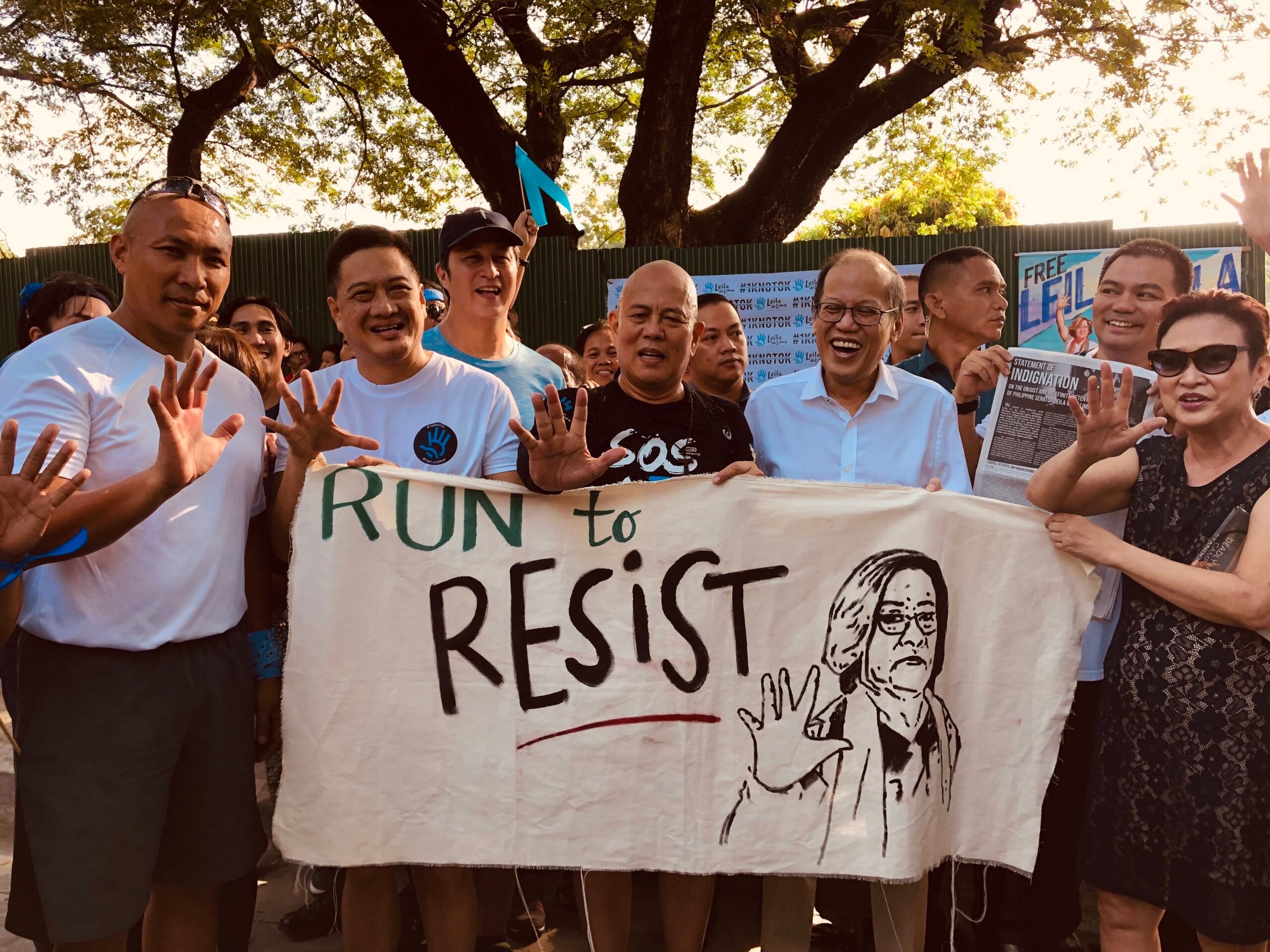 MANILA, Philippines – Former president Benigno Aquino III rallied Filipinos to oppose the abuses under the Duterte regime, saying they should not wait until they are stifled like detained Senator Leila de Lima.

This was Aquino’s rallying cry on Wednesday, November 20, as De Lima’s supporters called for her freedom on her 1,000th day in Camp Crame. (READ: [OPINION] Lawfare: The silent pandemic afflicting the world)

(To everyone here, it’s simple, right?… We can just do nothing. We can just ignore what’s been happening around us. And we are setting ourselves up to be attacked as well.)

De Lima is a fierce critic of President Rodrigo Duterte’s violent war against drugs that has killed more than 6,000 people. Human rights groups, however, estimate the numbers could reach almost 27,000 to include victims of vigilante-style killings. (READ: The Impunity Series)

But her detention has not stopped De Lima from criticizing the Duterte administration as she regularly sends out dispatches from prison.

Aside from De Lima, other opposition figures have been subjected to harassment by the Duterte administration. Vice President Leni Robredo and 35 other individuals are facing an inciting to sedition complaint over their alleged involvement in a plot to oust Duterte, which they had denied.

De Lima will not be silenced

De Lima’s supporters marked her 1,000th day in prison by holding an indignation run from the office of the Commission on Human Rights along Commonwealth Avenue to the Parish of the Holy Sacrifice inside the University of the Philippines-Diliman campus in Quezon City.

Barry Gutierrez, spokesperson of Robredo, also called for De Lima’s release. He said spending 3 years in jail did not stop De Lima from telling the truth.

“Ngayong araw na ‘to, sana gamitin natin [ito para] lalong palakasin ang ating determinasyon na tayo ay tatayo para sa tama (Let us use this day to strengthen our determination to stand up for what is right),” he added