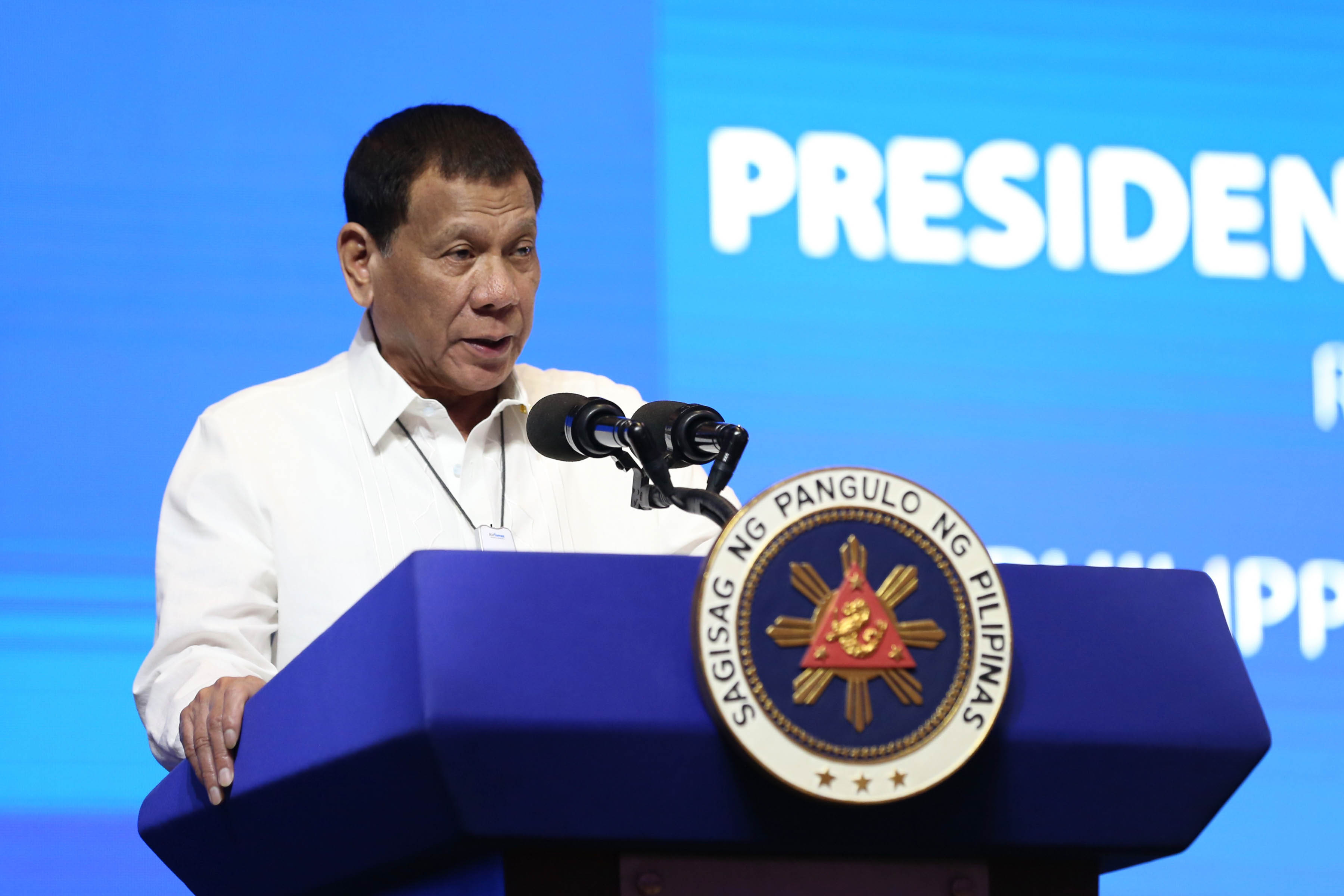 MANILA, Philippines (UPDATED) – On Senator Leila de Lima’s 1000th day in jail, President Rodrigo Duterte spoke to a gathering of dignitaries and the military top brass about the sordid details of a video that supposedly showed her “having sexual intercourse,” as he insisted that the drug trafficking charges against her were true.

Duterte was telling guests at the Department of National Defense’s (DND) 80th anniversary event at Camp Aguinaldo on Wednesday night, November 20, about how “insulted” he was that Vice President Leni Robredo intended to involve the international community in the anti-drug campaign, when his train of thought led to what he said was the bigger “insult” he’s had to endure.

Referring to international rights groups and governments critical of his drug war, Duterte said, “the greatest insult that I’ve received from these people is [that] they refuse to understand that the case against De Lima is true. They took the line of the Left that she is a political prisoner. On my oath as President, I’m telling you, it is true.”

De Lima is detained at the Philippine National Police Custodial Center in Camp Crame over accusations that she tolerated the illegal drug trade in the New Bilibid Prison during her term as justice secretary, and that she extorted money from drug lord inmates to fund her senatorial campaign in 2016.

The witnesses in the cases were convicted drug traffickers who have so far presented no physical evidence against De Lima besides their testimonies. The supposed video Duterte referred to was meant to establish a beyond-professional relationship between De Lima and her driver, Ronnie Dayan, whom her accusers claimed was her bagman.

A thousand days since her arrest in February 2017, rights groups condemned De Lima’s continued “unjust and arbitrary” incarceration, which they see as retribution from Duterte for her criticism of his drug war.

“The bogus charges against her should be dropped and she should be released immediately,” Human Rights Watch said in a statement on Wednesday.

She does not own a mall

At the DND event, Duterte questioned De Lima’s having run a senatorial campaign even if “she was not into business.”

“Ambitions can blind you. That is why you need money to run for senator. You need millions to do that. She does not have any business. I have not heard that she owns a mall. Where do you get the money when you run?” Duterte said.

Duterte himself has repeatedly claimed to be a man of meager resources, except when he came under fire for allegedly having large, undisclosed sums in his bank accounts, during which he claimed to have inherited wealth from his father. (READ: Malacañang: No flip-flop on Duterte’s ‘poor’ beginnings)

Neither Duterte nor his immediate family are known to own any big business.

Duterte and De Lima both ran successful electoral campaigns in 2016.

Duterte’s tirade against De Lima was part of a half-hour speech in which he also warned judges not to interfere with his verbal order to ban vaping in the country.

He urged the police and military to confiscate vaping paraphernalia from anyone caught using them in public – despite the absence of an official executive order from him.

As with his war on drugs that has killed more than 20,000 people according to rights groups, the President said he was willing to face the consequences of issuing an order that may later on prove to be unlawful.

“I will take full responsibility for it,” Duterte said, adding that “if that responsibility would bring me to the criminal bar, I’m willing to go to prison.”

However, he also lashed out at foreign critics that have sought accountability from him for the killings.

“And those stupid liberals around the world also joined. Iceland sponsored a resolution to investigate us,” Duterte said. The Scandinavian country had earlier called on the United Nations human rights body to take action on his drug war.

“We have our courts,” he added, repeating his usual line that he would only submit to Philippine authorities and not to any foreign body.

In the same speech, though, he told court judges, “I will not obey your order” if they stood in the way of what he wanted.

De Lima brushed aside Dutere’s “rehashed” allegations against her which she had repeatedly denied.

“Duterte says that the charges against me are true, on his oath as President. Well, we all know what his oath is worth….Oath does not replace proof and the truth. To resort to relying on his ‘oath’ is to admit desperation,” De Lima said in a statement on Thursday, November 21.

She noted that Duterte swore defend the Constitution but instead “waged a drug war that summarily executed thousands of Filipinos, depriving them of life without due process of law” and became “a Chinese stooge, defending Chinese interests and territorial ambitions in the West Philippine Sea.”

“Mr Duterte, your oath is worth garbage. Pathological liar as you are, your oath doesn’t mean anything anymore. Just like those of so-called witnesses against me, whom you and your operators pressured to lie, also under oath,” the senator said.

De Lima said in Filipino that the only ones who believe Duterte’s “lies” were “your fanatic minions” and “allies who are also false prophets of falsehoods and deception like you.”

Ahead of her 1000th day in detention, De Lima’s office launched the “True Leila Project,” a fact-checking website  that will counter “fake news” against the lawmaker, a longtime victim of false posts on social media. (READ: ‘Slap them with the truth’: Fact-checking website to fight ‘fake news’ about De Lima) – Rappler.com