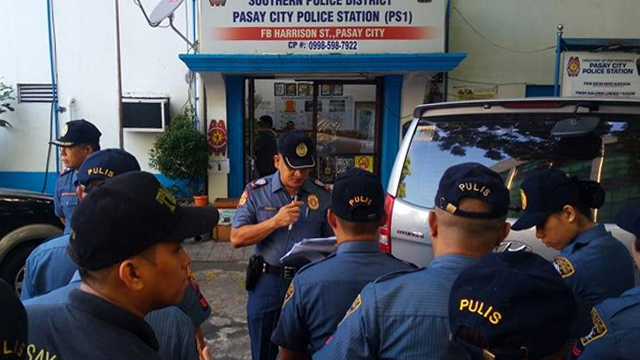 MANILA, Philippines – Pasay City police created Wednesday, November 27, a task force to look into the spate of disappearances in the city of young individuals with ages ranging from 15 to 23 years old.

Pasay City police chief Colonel Bernard Yang said only 7 of the 9  missing youth were reported to the police. They got information about the rest through social media posts of their relatives of the victims.

Three of those who went missing from November 20 to 22 were minors. The rest were identified as John Samuel Esguerra, 19; Niña Jane Ignacio, 19; Roujen Serban, 21; Norealle Butiong, 21; Sebastian Montoya, 22; and Leogee Tiposo, 23.

Yang said in Filipino: “We had already created a task force to focus on the disappearances. There seems to be a pattern but we cannot disclose it yet as the probe is still ongoing.”

He added, they have yet to give a name for the task force.

Aside from the pattern in the disappearances which they are pursuing, Yang said they would also interview the relatives of the victims.

“We’ll also look into the relatives of the missing individuals and see if they are into anything illegal. All angles will be considered,” Yang said.

Police said that already have the closed-circuit television (CCTV) footages of establishments and places where the victims were last seen.

One witness, a family member of one of the victims, said they saw a Toyota Hi-Ace van with plate number AEA -1051 forcibly take their relative.

The police, however, reported that based on records of the Land Transportation Office (LTO) the said license plate number was fake and belonged to a Toyota Vios.

Pasay City Mayor Emi Calixto-Rubiano, concerned by the abductions, ordered the police to intensify their investigation and crack the case immediately. – Rappler.com