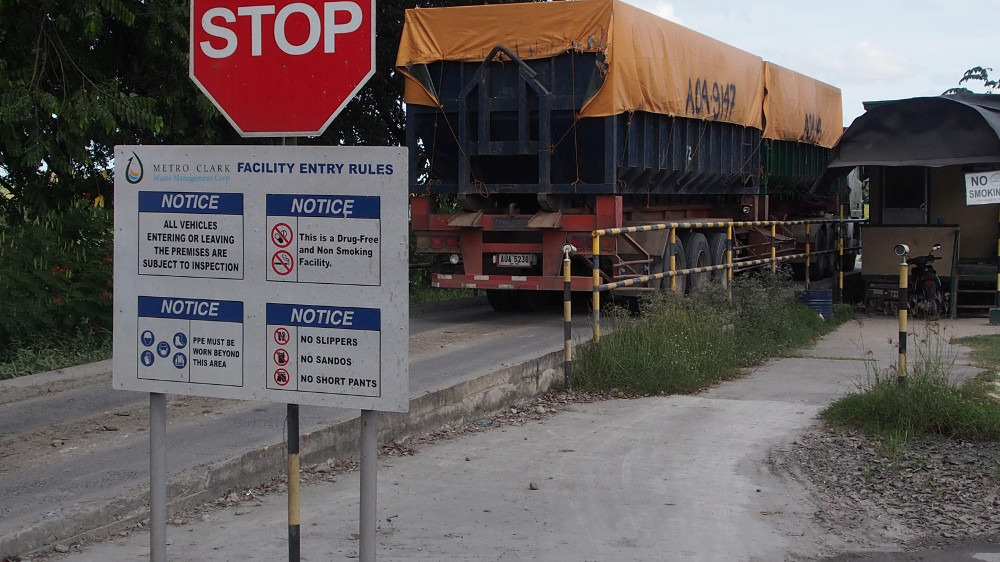 TARLAC, Philippines – The company which owns and operates the 100-hectare sanitary landfill in the uplands of Capas town here within the Clark Special Economic Zone (CSEZ) jumped onto the waste-to-energy bandwagon by proposing to provide up to 35 megawatts of electricity for New Clark City.

Rufo Colayco, president and chief executive officer of the Metro Clark Waste Management Corporation (MCWMC), said in a text message to Rappler on Saturday, November 30, that his company’s unsolicited proposal is currently “under evaluation by government.”

“It will undergo a Swiss Challenge, hence, the projected start of construction is in 2021,” he said.

Under a Swiss Challenge, the government would publicize the unsolicited project proposal and invite other parties to match or make a better bid for the execution of the project.

Without citing details, Colayco said the MCWMC will have partners “who will provide both technology as well as funding” for the planned P10 billion 35-megawatt waste-to-energy plant.

The landfill company is still awaiting the Bases Conversion and Development Authority’s (BCDA) approval for the proposed construction of the power generation facility that is seen as significantly reducing the volume of garbage being buried in the engineered landfill at Sitio Kalangitan in Cutcut II village, Capas town in this province.

In Quezon City, a consortium led by Metro Pacific Investments Corporation plans to build a P15-billion, 42-megawatt waste-to-energy facility that could provide electricity for up to 90,000 houses.

The House of Representatives under the 17th Congress passed on final reading and transmitted to the Senate in January 2018 House Bill no. 6893 which seeks to allow the establishment of waste-to-energy plants and repeal section 20 of Republic Act 8749, the Philippine Clean Air Act of 1999.

Section 20 of RA 8749 bans incineration which it defines as “burning of municipal, biomedical and hazardous waste” and mandates the promotion of waste segregation, recycling and composting and the use of non-burn technologies for waste disposal.

In the Senate, Committee on Energy chair Sen. Sherwin Gatchalian introduced Senate Bill no. 363, known as the Waste-to-Energy Act, that seeks to authorize local government units to enter into cooperative undertakings, joint ventures, and other similar modalities for waste-to-energy generation facilities.

Citing the need to dispose of more and more garbage, Colayco said the MCWMC needs to reduce a significant volume of garbage it handles daily.

“By using this waste as fuel for a waste-to-energy plant, we would reduce by 70% the volume of garbage that will need to be disposed at our facility. And by extending the lifespan of our landfill by at least 50 years, we ensure that our company will be ready to accommodate the projected volume of garbage to be generated by cities and municipalities in the Central and Northern Luzon regions,” Colayco said.

Currently, MCWMC handles 3,000 tons of waste daily that comes from more than 100 cities and municipalities in Central Luzon. Other clients of the company include the Clark Freeport Zone, the Subic Bay Freeport Zone, Baguio City, and some localities in Pangasinan and La Union.

Of the 100 hectares the company occupies, 70 hectares are dedicated for the landfill, 10 hectares for recycling facilities, and 15 hectares for environmental buffer. The remaining 5 hectares is being used for offices and allotted for other uses.

By reducing the volume of garbage being buried in the landfill, Colayco said MCWMC can also cater to the landfill and disposal requirement of Metro Manila and nearby areas.

MCWMC, a joint venture of Filipino investors and Germany based BN Ingenuire GmbH and Heers & Brockstedeth Umwelttechnik GmbH, has already utilized 20 hectares for its landfill by the end of 2018.

The MCWMC submitted its unsolicited proposal for the waste-to-energy facility to the BCDA in February this year.

The BCDA responded to the proposal in the latter part of September and asked the landfill company to submit more information about its energy generation proposal. – Rappler.com