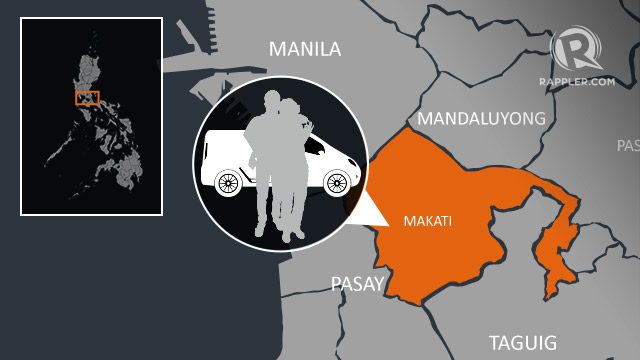 MANILA, Philippines – Malacañang downplayed the kidnapping of a Chinese woman in Makati, saying it’s nothing but an “isolated incident.”

“I think that particular incident is isolated. I have not heard of any kidnapping cases whether reported by the media or by word of mouth except for that video that went viral,” said Presidential Spokesman Salvador Panelo on Tuesday, December 10, during a Palace news briefing.

Asked for a Palace response to the incident, Panelo advised the public to just be more vigilant when they’re out in the streets.

“They should always be alert whenever they are out and be conscious around them. If they see any suspicious men or women lurking around, they should report it immediately to the police authorities,” said President Rodrigo Duterte’s spokesman.

“While this is an isolated incident, we appeal to all Makatizens to take active part in keeping our homes, streets, and communities safe for us and our children,” she said in a statement.

(That kidnapping case is just a petty crime because it’s just them involved. It’s kidnapping but we know that they’re just kidnapping each other.)

But Panelo is wrong. Data from the Philippine National Police (PNP)’s Anti-Kidnapping Group shows there have been several kidnapping cases during the Duterte administration.

In fact, only two months ago, the police presented members of a kidnapping ring suspected of kidnapping two Chinese nationals in Taguig City, another financial district right beside Makati. The victims were identified as former employees of a POGO firm, just like the victim in the recent incident.

In August, a similar incident involved 5 men who also kidnapped a fellow-Chinese.

Risk analysis firm PSA Philippines Consultancy said that in 2019, there have been least 21 incidents of Chinese nationals being abducted in relation to gambling debts. This was 5 times the statistics in 2018 (4 incidents) and 2017 (4 incidents). In 2018, kidnapping cases even rose by 3%, with 69 Filipinos and foreigners kidnapped then, compared to 67 the year before.

While most of these cases happened in Sulu in Mindanao, 10 occurred in Metro Manila – 6 incidents in Pasay City, and 4 in Manila, the capital.

The woman kidnapped in Makati was a Chinese who worked for a Philippine offshore gaming operations (POGO) firm, according to police.

Earlier this year, the PNP had already said there was a worrisome pattern in the spate of kidnappings of Chinese.

In 2017, almost all of the 57 victims of casino-related kidnapping were Chinese. Law enforcers attributed this to the rise of POGOs. So prevalent were Chinese kidnapping victims that the PNP even planned to send some of their anti-kidnapping operatives to Chinese language schools, according to the Philippine News Agency.

Why does this matter? President Duterte’s biggest campaign promise was to make Philippine streets safer. But incidents like the Makati kidnapping have driven critics to ask how effective the government’s anti-crime campaign has been, more than halfway into Duterte’s term. – Rappler.com