Dec 10, 2019 5:54 PM PHT
Pia Ranada
Facebook Twitter Copy URL
Copied
President Rodrigo Duterte threatens to 'take everything' from the two firms if he is not satisfied with how they explain 'onerous' provisions in their concession agreements 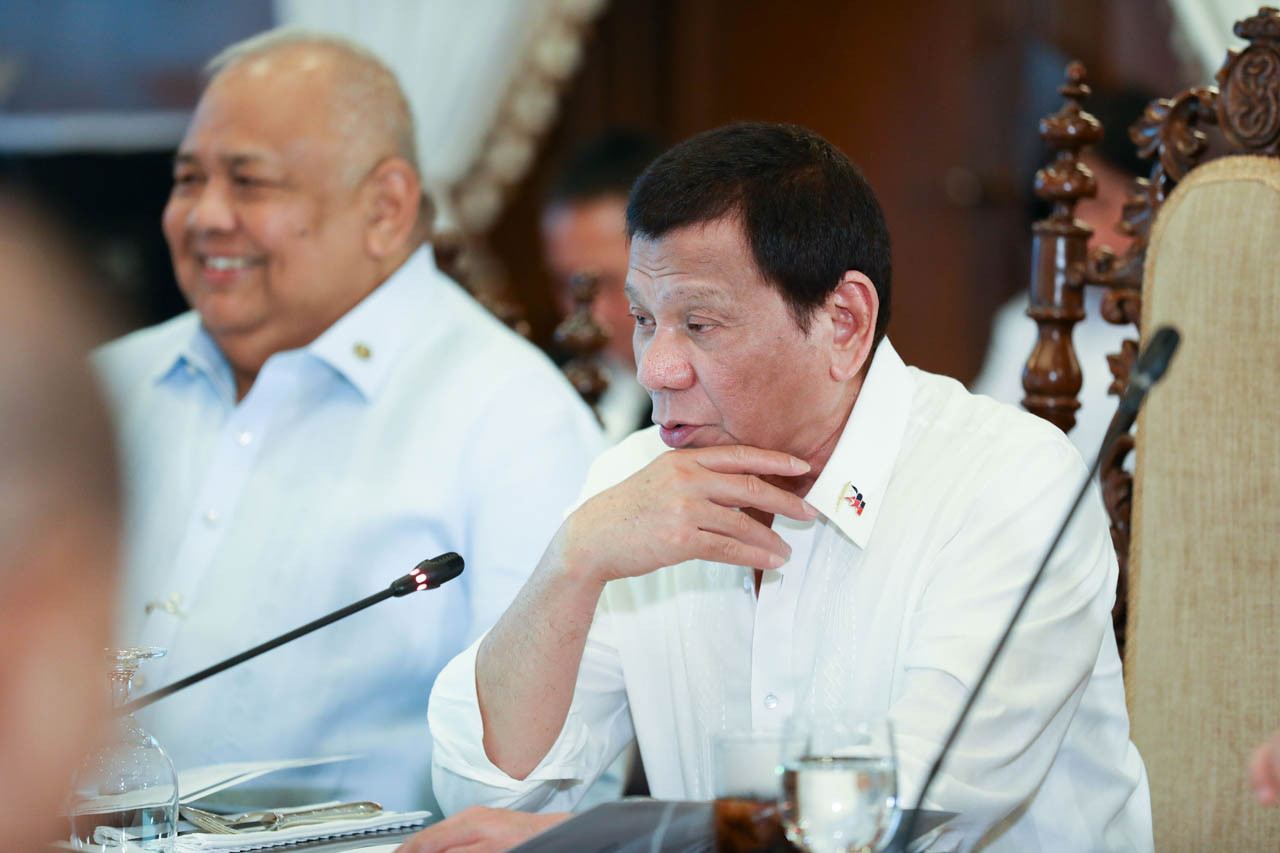 MANILA, Philippines – President Rodrigo Duterte renewed his threat of an immediate government takeover of water distribution and treatment operations, the latest in his spat with water concessionaires Manila Water and Maynilad.

Duterte said he would expropriate the firm’s assets and operations if he is not satisfied with their lawyers’ explanation of what he believed to be problematic provisions in their concession agreements.

Justice Secretary Menardo Guevarra, however, has admitted that the government is not yet capable of taking on such operations by itself.

Expropriation has to be justified. Manila Water and Maynilad can run to courts to challenge it. In such cases, the government often cites its right to expropriate property for the public good.

Duterte’s latest threat means it’s possible that Manila Water’s and Maynilad’s deals with the government to operate water services will end even before their expiration in 2037.

Manila Water and Maynilad have concession agreements with the government in which the government grants them exclusive rights to operate and maintain water utilities in specific areas in a given period of time.

Previously, Duterte only wanted to draw up new concession agreements or take out certain provisions in the agreements he and government lawyers find “onerous.”

What sparked these threats? Duterte’s beef with Manila Water and Maynilad started with the water shortage in March which led him to study the two firms’ agreements with the Metropolitan Waterworks and Sewerage System (MWSS), a government corporation.

He concluded that the agreements were unfair to the government and could easily be abused by the companies. But people involved in crafting those deals, crafted in 1997, have said some of the provisions were necessary to sweeten the deal for private firms to take on water distribution and treatment which had been very costly and risky. (READ: Risky business: Why gov’t made sure Manila Water, Maynilad would earn)

Duterte’s outrage over the deals was then recently sparked by Manila Water’s victory over the government, handed down by an arbitration court in Singapore. The decision ordered the Duterte administration to pay P7.4 billion to Manila Water for not allowing the firm to increase water rates, in violation of the concession agreement. This did not sit well with Duterte.

Not only did he revive his threat to cancel the concession agreements, he also refused to pay the P7.4 billion. Manila Water has since decided not to demand the payment and even announced it will not implement a January round of hikes. – Rappler.com